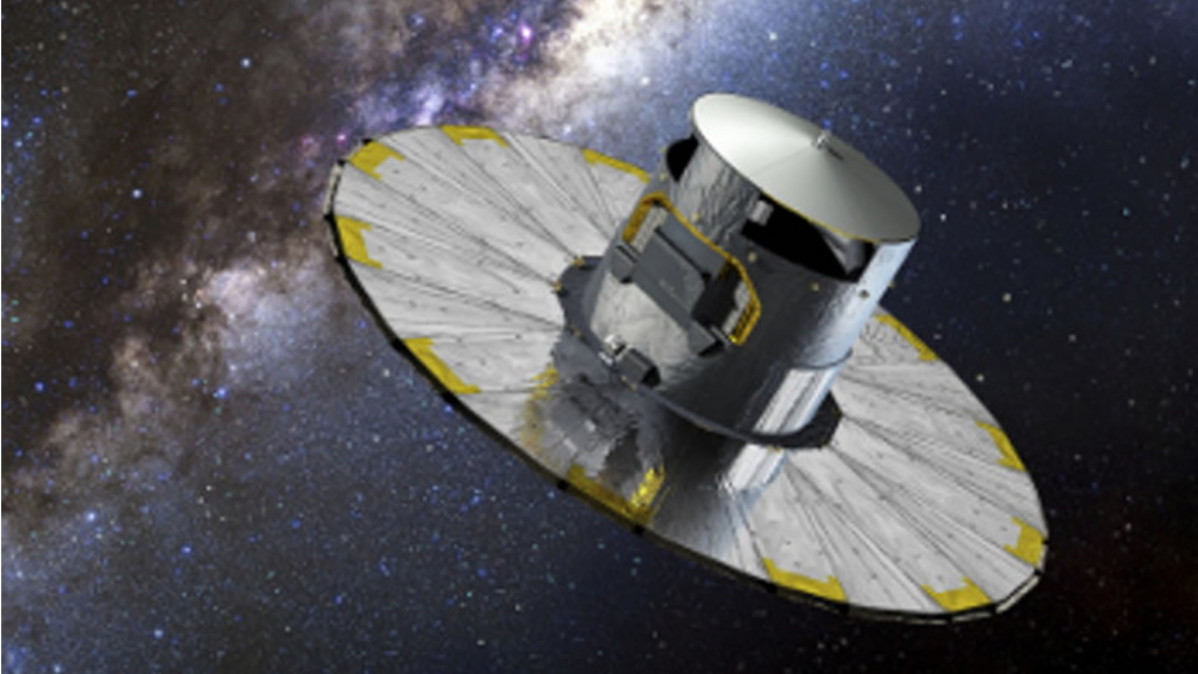 GAIA operates in a different manner than Webb or Hubble. Instead of examining the universe one fascinating distant object at a time, it repeatedly examines the entire sky. The flying-saucer-like telescope, located 930,000 miles (1.5 million kilometers) from Earth, studies 2 billion of the brightest stars in the sky, free of the distorting effects of Earth’s atmosphere that afflict ground-based telescope views.

Unlike Hubble and Webb, GAIA is not concerned with capturing breathtaking photos of faraway stars and galaxies. Instead, the probe focuses on a few basic parameters: the stars’ distance from Earth, their velocity through space, and the direction of their motion as it appears on the plane of the sky and in three dimensions.

“We are still trying to unravel the details of the Milky Way’s origins,” Anthony Brown, an astronomer at Leiden University in the Netherlands and chair of the Gaia Data Processing and Analysis Consortium, told Space.com. “With the new release, we should be able to do it even better because we are getting some new data.”

The much anticipated new data should contain what astronomers call astrophysical parameters. These are derived from the light spectra of the observed stars (essentially the fingerprints of how stars absorb light) and disclose the ages, masses, brightness levels, and, in some circumstances, exact chemical compositions of the observed stars.

“You really get to know the stars,” Jos de Bruijne, Gaia project scientist at ESA, told Space.com. “It’s like you have an anonymous group of people and now you get to meet every one of them. You get to know their names and how old they are and where they came from.”

The new data dump should provide data on half a billion individual objects, representing one-quarter of the stars GAIA observes. This information will, it is hoped, help astronomers refine the order of events that shaped the Milky Way and “really untangle its formation history,” Brown added.

What has the data revealed, if anything?

Preemptive analysis of the data has revealed some pretty interesting things already. For example, it has revealed something about the “DNA” of the stars and a phenomenon called “starquakes.”

The latter are cataclysmic tsunami-like events that occur on the surface of stars. “Starquakes teach us a lot about stars – notably, their internal workings,” Conny Aerts of KU Leuven in Belgium told the Guardian. Aerts is a member of the Gaia collaboration. “Gaia is opening a goldmine for asteroseismology of massive stars.”

“If you can see these stars changing in brightness halfway across the Milky Way, if you were anywhere near them, it would be like the sun changing shape in front of your eyes,” explained Dr. George Seabroke, senior research associate at Mullard space science laboratory at University College London.

The GAIA probe is fitted with a 1 billion pixel camera, the largest ever in orbit, as well as more than 100 electronic detectors. The most recent collection offers the galaxy’s greatest chemical atlas to date, cataloging the composition of six million stars, ten times the quantity observed in prior ground-based catalogs.

For example, more information on what stars are made of can inform us about their birthplace and subsequent journey, as well as assist us in understanding the Milky Way’s history. The first primordial stars, which formed immediately after the Big Bang, could only use light elements — hydrogen and helium. These created the first supernovae, which filled galaxies with metals and elements like carbon and oxygen, and as stars evolved, more heavy elements became available. The chemical composition of a star is similar to DNA in that it reveals important information about its origin.

GAIA has discovered that certain stars in our galaxy are composed of primordial stuff, whilst others, such as our Sun, are composed of materials enriched by past generations of stars. Metals are more abundant in stars closer to the center and plane of our galaxy than in stars farther away. Gaia has discovered stars that originated in galaxies other than our own based on their chemical composition.

“Our galaxy is a beautiful melting pot of stars,” said Alejandra Recio-Blanco of the Observatoire de la Côte d’Azur in France, who is a member of the Gaia collaboration. “This diversity is extremely important because it tells us the story of our galaxy’s formation.”

Seabroke also explains that tracing the so-called “metallicity gradient” through the galaxy can help us pin down potentially habitable regions of the Milky Way. “If the Sun was born in a region with much higher metallicity, there would be many more supernovae going off, presenting a risk to life on Earth,” he said.

Exactly what else the latest data release will reveal about the galaxy is yet to be seen, but many astronomers are eagerly waiting to get their hands on it. Until the data is released and digested by the scientific community, we can only speculate what gems of data it contains.

Who knows, it may even provide us with some information on distant alien civilizations. Probably not, but it is nice to dream.