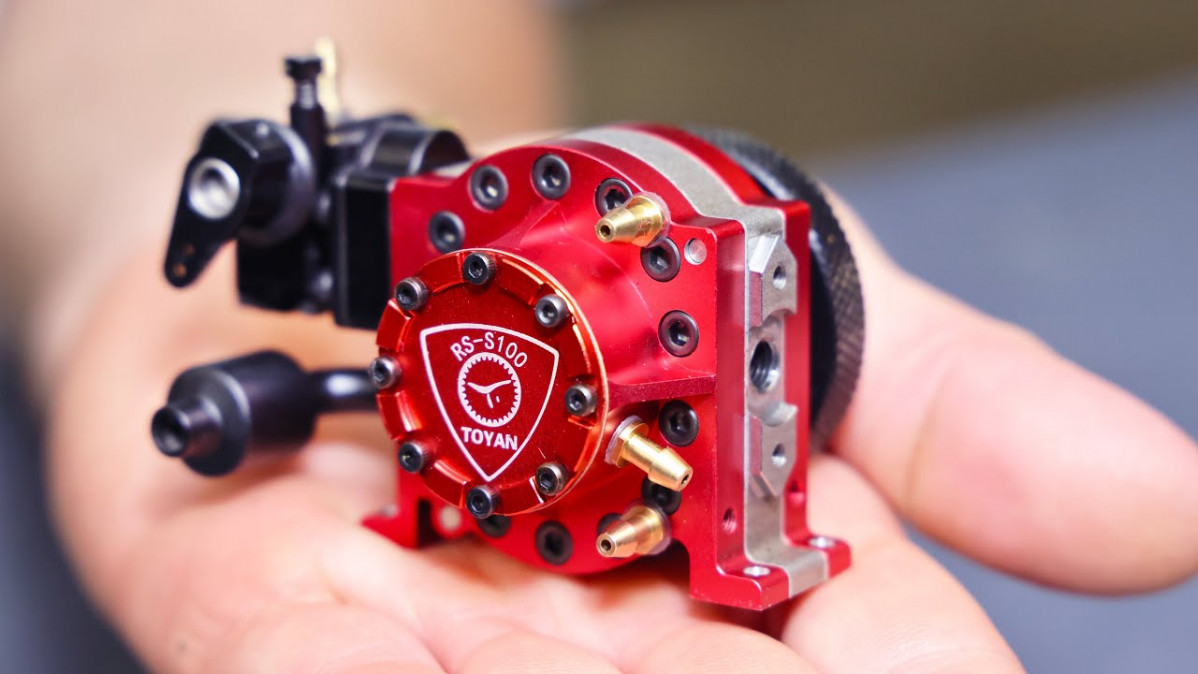 It is also the smallest in the world.

Have you ever heard of the Wankel engine? It’s a type of internal combustion engine that converts pressure into rotating motion via an eccentric rotary design. It’s basically high power in a small, simple, and lightweight package. The Wankel engine offers more uniform torque, less vibration, and is more compact and weighs less for a given power than a reciprocating piston engine.

The rotary engine’s operation is remarkably similar to that of a typical piston-cylinder engine. The distinction is that instead of pistons, there is a triangular-shaped rotor, and instead of cylinders, there is an oval-shaped housing. In this video by the YouTube channel Warped Perception, you can see “the world’s smallest” rotary Wankel engine, a Toyan RS-S100 Single Rotor Wankel Rotary Engine. The YouTuber first tries to run the engine to see if it actually starts and then tries to hit the engine’s maximum Rpm. In the description box, he wrote, “This engine is so small it’s almost unbelievable to me that it runs at all but it does.” If you’re curious to see the engine in action, make sure you watch the video embedded above, and as always, enjoy.