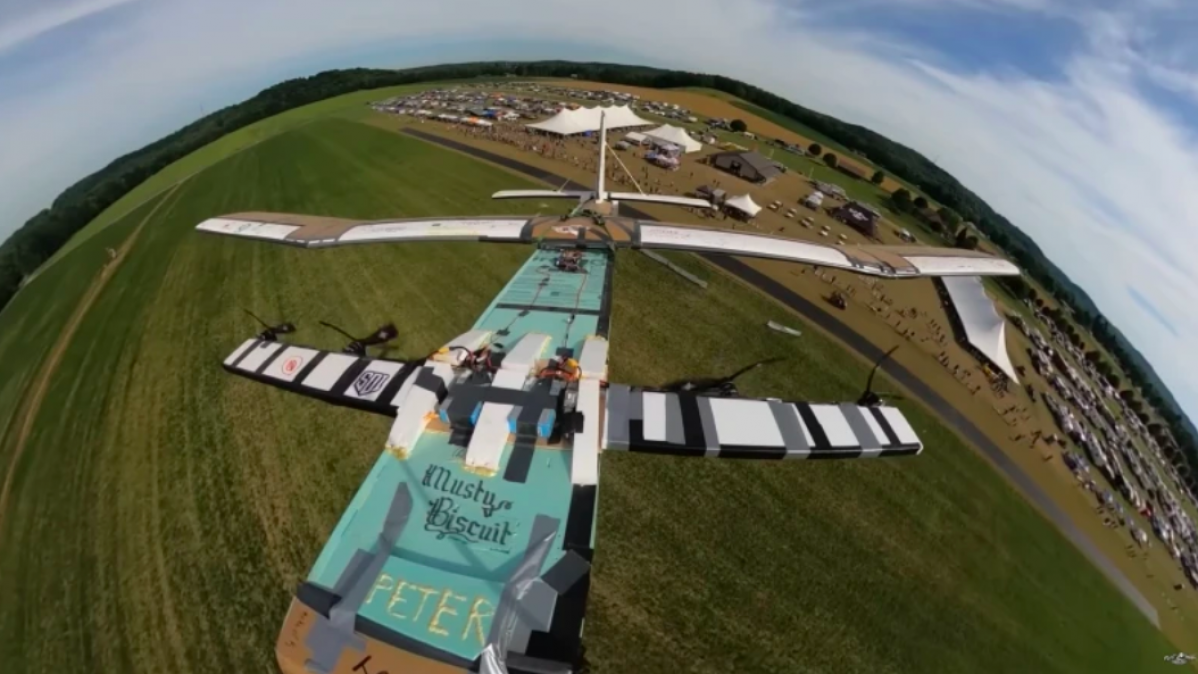 It has four motors.

A team from the YouTube channel FliteTest teamed up with Peter Sripol, who is renowned for creating manned ultralight electric aircraft from foam and flying them, to build a giant RC aircraft, and the end product needs to be seen to be believed.

The aircraft, which is probably unlike anything you’ve seen before, was designed by Peter Sripol. Previously, the model airplane designer took his DIY plane game to the next level by building his own homemade electric plane. For this new aircraft, the flying surfaces are carved out of a very light EPS foam, and the fuselage is built using a denser green foam board that was purchased from a nearby home building store. It moves thanks to its four powerful motors.

If you’re curious to see the aircraft and want to see the world’s biggest foam RC plane take to the skies, make sure you watch the video embedded above, and as always, enjoy.