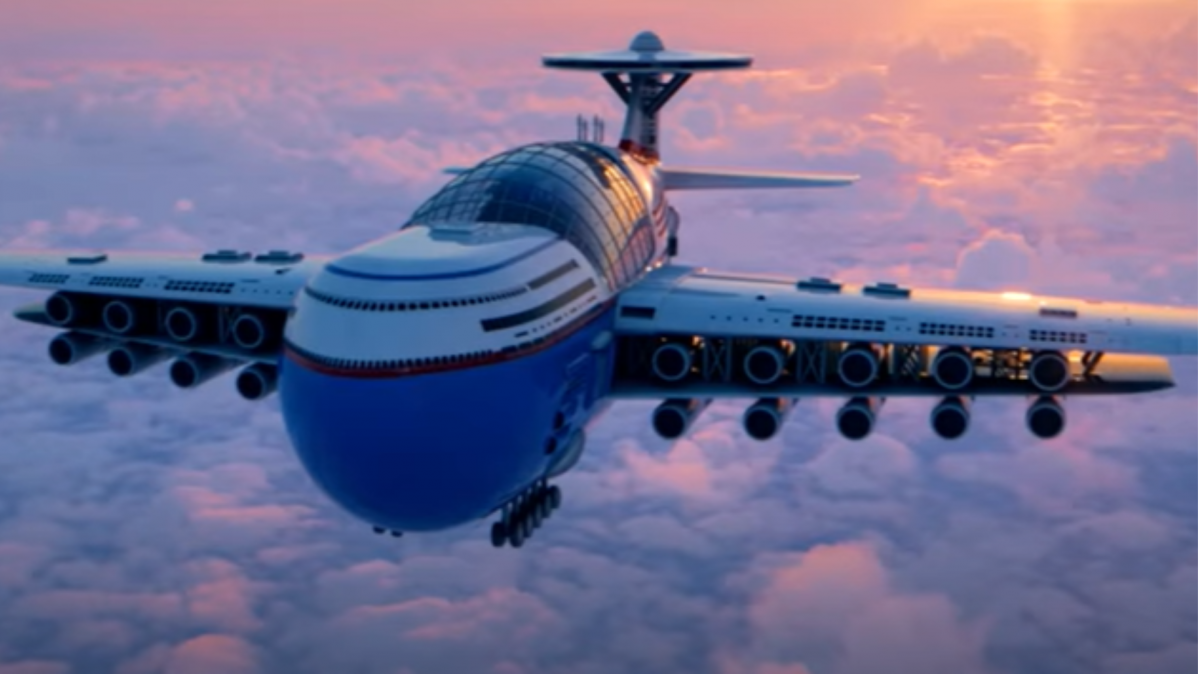 A concept video of Sky Cruise, a giant flying machine that can carry 5,000 passengers and has all the luxuries of the world, has gone viral on the internet. The maker of the video claims that such an aircraft built in the future would have no carbon footprint, The Independent reported.

The concept of a floating world in itself is not new and has been described even in Jonathan Swift’s works from the 18th century, much before the Wright Brothers made their first flight.

While such references in the past have relied on the ‘virtues of materials’ which make up the world to give them such flying powers, the concept, as shown above, borrows from modern-day technology to project a possible future.

What can one expect on the Sky Cruise?

Passengers intending to visit this Sky Cruise could charter planes or simply book tickets on a commercial airliner that would be able to land on this aircraft. Once on the Cruise, visitors could enjoy the views from many viewing decks, such as the disc-shaped observation tower built on the aircraft, while restaurants and bars would cater to food and drink needs. The massive ship will also have cinema halls, theatres, and game rooms for those looking for regular entertainment and even venues for people to get married, The Independent said in its report.

The ship will be steered by artificial intelligence (A.I.), which would be so adept at reading weather conditions that it cannot only predict turbulent weather but also glide over it, providing a hassle-free experience to the onboard tourists.

According to the maker of the video, Hashem Al-Ghaili, the Sky Cruise will be powered by 20 electric engines that will keep the aircraft afloat in the sky. Powered by nuclear fusion, the ship will be able to remain afloat for years together, all without carbon emissions.

What does the internet think about the design?

Al-Ghaili takes no credit for the airship’s design and said that it was done by Tony Holmsten several years ago, Cruisehive reported. Al-Ghaili only animated the design and put up the video depicting what it would be like to have a real-world Sky Cruise, which he calls the ‘Flytanic.’

While some were impressed with the vision of the aircraft, many were skeptical whether something like this would even fly. One YouTube user pointed out how big a runway would be needed for the Cruise to take off, which wouldn’t really be used for any other ship.

Another commented on the lack of any detail on the size of the ship, its weight or wingspan, and some fundamental parameters needed to make it fly. Others were more sarcastic than critical, stating that they could see the Sky Cruise fly if “physics and aerodynamics did not exist”. Another user said the concept was like putting together a ”Titanic with Hindenburg and then putting a nuclear reactor in it”.