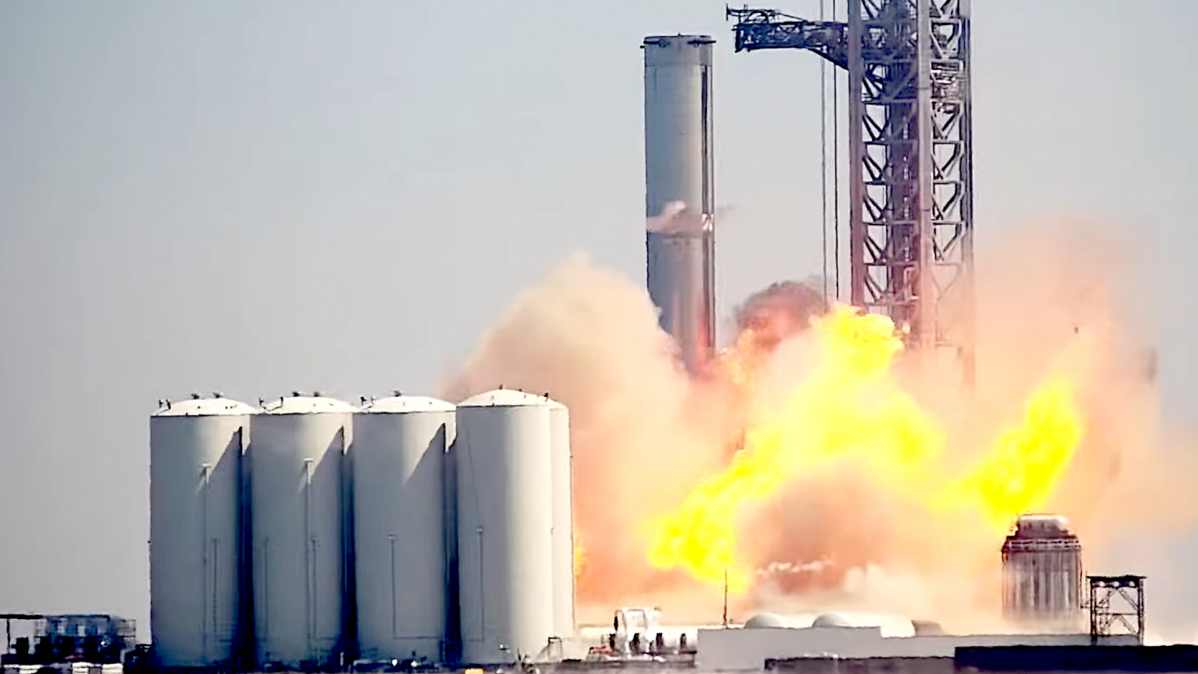 We’re on the verge of seeing SpaceX’s fully reusable Starship rocket go orbital — but we may need to wait just a little longer.

That’s because an unexpected explosion during Starship engine tests has put any further plans momentarily on hold. The dramatic event took place at 5:20 p.m. ET, July 11, at SpaceX’s Boca Chica facility in Texas, the site SpaceX aims to use for Starship’s orbital launch.

Shortly after the incident, SpaceX CEO Elon Musk tweeted that the company had “shut down the pad for the night for safety” and that they “will know more in the morning.”

SpaceX’s Starship launch vehicle has been touted as a new hallmark for spaceflight. Once fully operational, the company will have the world’s first fully reusable rocket on its hands, greatly reducing the cost of successive launches. It’s all part of Musk’s plans to build a rocket that will enable mass human transit to the Red Planet.

Last week, SpaceX shared images of Starship making its way to the launch pad for testing. SpaceX had recently received the green light from the Federal Aviation Authority after it published its environmental review of Starship — with the caveat that the company has to fulfill 75 requirements.

SpaceX is no stranger to explosive tests. Last year, the company carried out several sub-orbital test flights with a Starship prototype. Several of these ended with an explosive landing attempt. However, SpaceX made it clear that explosions on the landing pad didn’t mean failure. It was always collecting data that would help it improve its design, and make it less likely another explosion would occur. And eventually, it did land a Starship prototype on the launchpad, shortly after performing a bold flip maneuver.

While SpaceX will undoubtedly learn lessons from this latest setback, the issue may be a little more troublesome than last year’s explosive incidents. That’s because Musk only recently said he hopes an orbital Starship launch will take place this month.

NASA Spaceflight captured the incident on camera, and shared it on social media alongside the caption: “Holy moly. Well, that was unexpected!” Musk replied on Twitter saying, “Yeah, actually not good. Team is assessing damage.”

The test that took place yesterday was carried out on a prototype of Super Heavy called Booster 7. The massive first-stage booster was fitted with 33 Raptor 2 engines prior to testing. The explosion occurred shortly after the engines were fired up. You can also watch the explosion from different angles in the video below.

On first inspection, the explosion didn’t seem to do substantial damage to the booster. Musk, in fact, pointed out in a tweet that the “base of the vehicle seems ok” after he took a look with a flashlight. Though, SpaceX will “know more in the morning.”

All we know for now is that the issue may have been caused by a complication related to the cryogenic fuel Starship requires for liftoff. “Cryogenic fuel is an added challenge, as it evaporates to create fuel-air explosion risk in a partially oxygen atmosphere like Earth,” Musk wrote in a separate tweet. “That said, we have a lot of sensors to detect this. More later.”