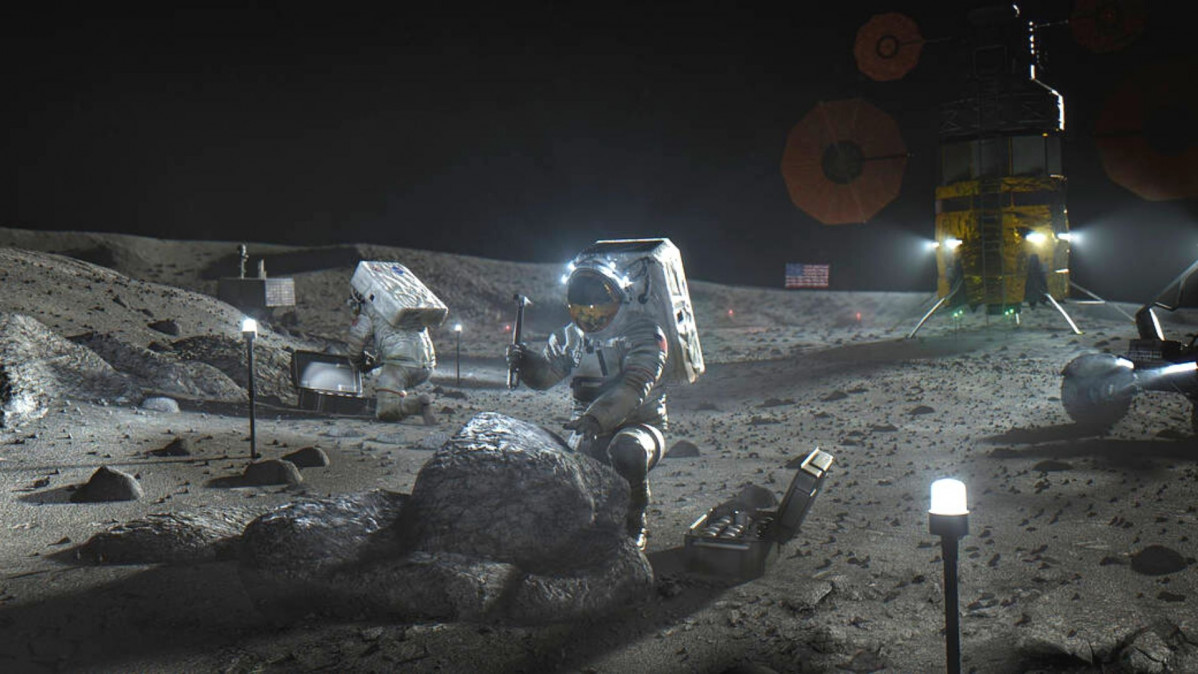 NASA is revealing the lucky companies selected to develop its next-gen spacesuits for the forthcoming Artemis moon missions, according to a blog post from the agency.

You can watch live in NASA’s live coverage, featured below, when the press conference airs at 2:00 PM EDT.

So get ready to suit up, space cadets.

The initial blog post from NASA said the announcement would unveil “the company, or companies, selected to move forward in developing the next generation of spacesuits for the Artemis missions at the moon and the International Space Station.” This doesn’t sound like concrete information, but the agency did give a low-key hint in its blog post’s title, where it references next-gen spacesuits for space- and moonwalking.

The goal of NASA’s Artemis is to install a long-term and self-sustaining settlement on and around our lunar neighbor before the decade is out. The agency thinks everything we learn in doing that will prepare humanity for missions to Mars — sometime in the late 2030s or 2040s — and perhaps beyond, to Jupiter’s moon Europa, and even farther out in the solar system.

It’s a big dream to put humans that deep in space, but it all starts with the essentials: what will astronauts wear? This is why NASA is joining with private partners to design and build an operational variety of new spaceflight technology capable of transforming the ambition of Artemis into a concrete reality. And it all begins with spacesuits.

“New spacesuits that allow humans to explore the lunar surface and unlock new spacewalk capabilities outside the International Space Station are a critical part of advancing human exploration in space and demonstrating continued American leadership,” said NASA in its initial blog post.

“Under Artemis, new exploration spacesuits, together with human surface mobility systems, the Space Launch System rocket, the Orion Spacecraft, ground systems, Gateway and human landing systems, will enable NASA to return humans to and establish a long-term presence at the moon and to eventually explore Mars,” continued the agency’s post.

NASA initially revealed a prototype design of its Exploration Extravehicular Mobility Unit (xEMU) and Orion spacesuits in 2019. While these looked impressive, plans to build them were sadly delayed in August of 2021 amid repeated lawsuits from Jeff Bezos’ Blue Origin.

SpaceX CEO Elon Musk was quick to reply to NASA’s announcement of the delay, saying that his firm could help put NASA’s moonwalk-capable spacesuit development back on track, in a tweet. One of the most crucial changes in NASA’s Artemis program is how affected it has been by the rise of private aerospace companies.

On the one hand, NASA intimated that the dispute over its lunar landing contract with firms like Jeff Bezos’ Blue Origin could have put a hold on plans to place humans on the moon again. NASA’s spacesuit design (the xEMUs) was slated for completion by 2024, but the delays quickly piled up, making looming deadlines progressively less realistic. But now, with private firms stepping in to kick-start next-gen spacesuit development, the human legacy in space — albeit more commercial than ever — is once again moving forward.