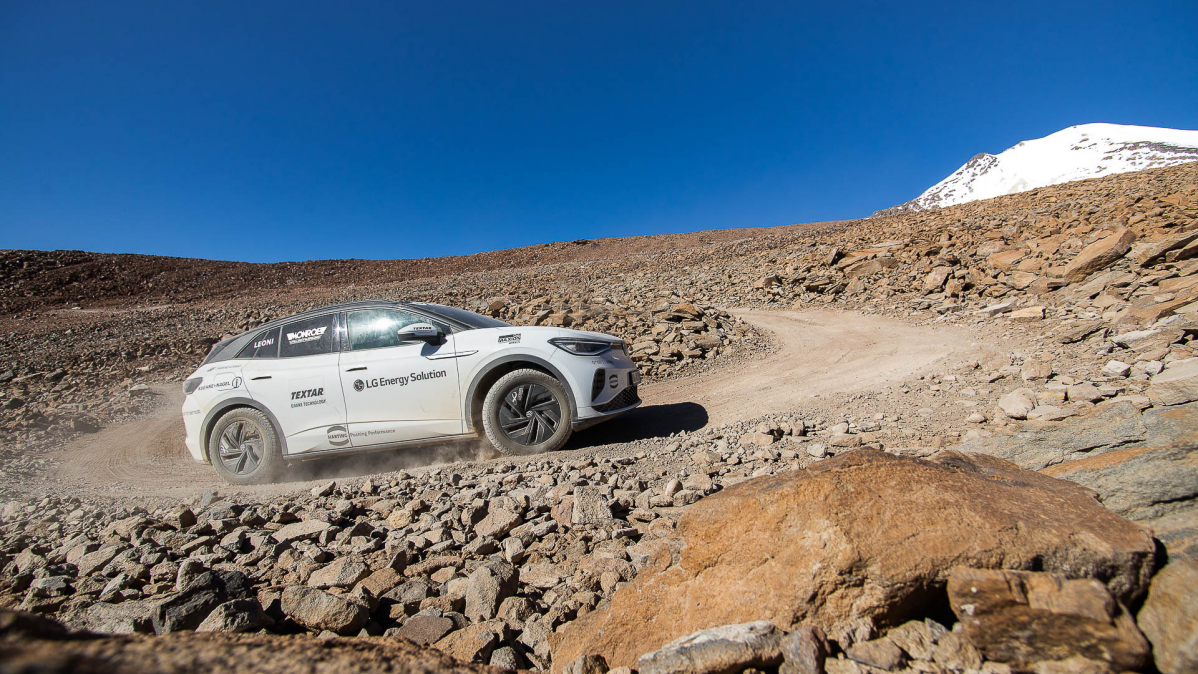 A Volkswagen ID.4 modified with a sporty suspension has achieved the Guinness World Record for a passenger electric vehicle reaching the highest altitude, Electrek reported.

We have covered how quickly electric cars have become over the years and how EV makers are constantly upping the game when it comes to the range anxieties of these cars. But even as we have seen multiple pickup trucks vying for the market, EVs have been mainly a choice in the urban settings.

With a climb to a remote volcano, Volkswagen’s ID.4 wants to break that notion. The company needs to break many such notions to aim to displace Tesla from its perch in the EV segment.

The car that created the record

The ID.4 is an all-electric sports utility vehicle (SUV) from the Volkswagen stable and went into production in 2020. Volkswagen wants to create an EV for the masses and has even gone ahead to create sporty iterations of the car to match the needs of its customers with ID.4.

The ID.4 GTX is equipped with a sporty suspension from Tenneco that keeps the vehicle at a level on corners irrespective of the terrain. While the ID.4 is commercially available in Europe, China, and North America, the GTX version isn’t available in the U.S.

The man that created the record

Reiner Zietlow was driving the car towards this record-breaking feat, a man with several records under his belt and mostly with Volkswagen vehicles. In July last year, Zietlow set out from Virginia for a ninety-seven-day journey that saw him drive across 48 states in the U.S. in a counter-clockwise fashion.

In October, Zietlow had managed to clock over 35,770 miles (57,566 km), double the distance traveled in a country in an EV before, setting himself up for a Guinness World Record. The car was a Volkswagen ID.4.

AIming for altitude this time around, Zietlow and his three-member team began their journey in Chile and traversed through Argentina into Bolivia. Their destination was the Cerro Uturuncu dormant volcano in the Sur Lipez province.

Zietlow traveled the distance in 12 days, where the car relied on the Enel X Way network for its charging needs. He drove through a distance of 1,888 miles (3,039 m) on 23 charges, Electrek reported.

The next time someone speaks about the range anxiety and limitations of EVs, send them to this post.