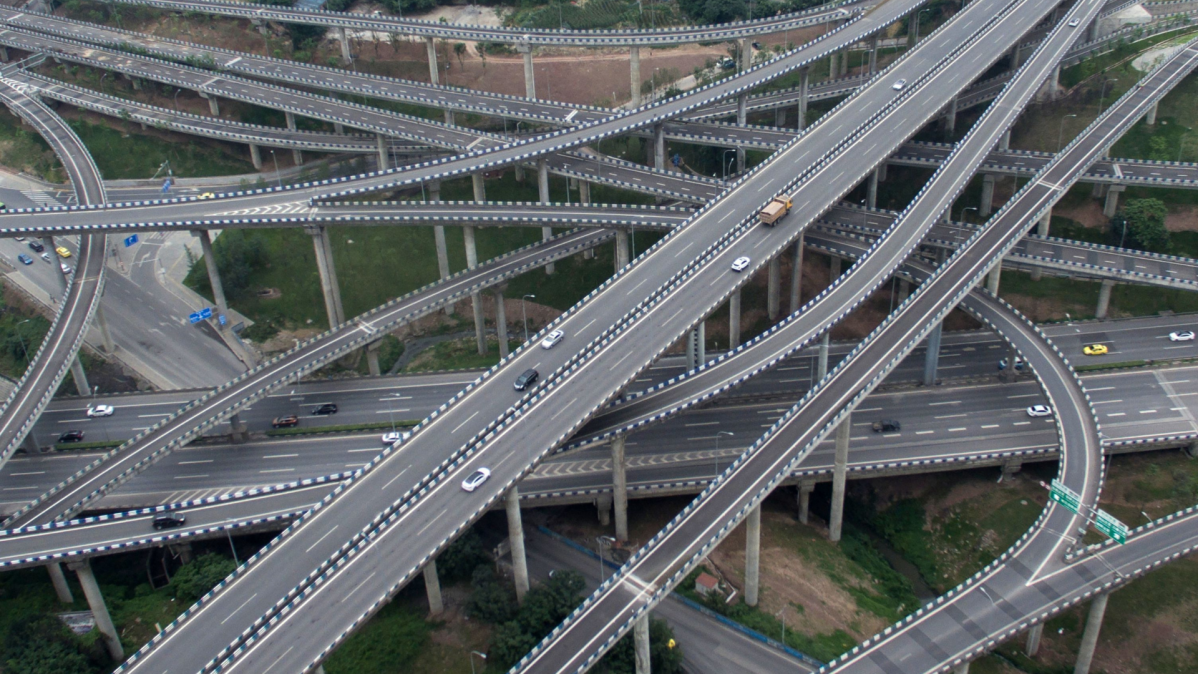 One look is just not enough to understand the complexity involved in the construction of this 20-road interchange that was built in China. Called the Huangjuewan flyover, this giant piece of infrastructure was partially opened to the public in 2017 and has been even a landmark frame on Getty images since then.

If you want to take a look again, be our guest and take your time to drink all those lanes in. You simply can’t have enough of that.

At a quick glance, one can argue the futility of adding lanes to a road that will sooner or later get overwhelmed with the number of vehicles. Nearby is a city that is home to eight million residents, so that won’t be tough.

So, let’s get straight to the question on your mind.

Why was the Huangjuewan flyover built?

An official in charge of the construction had told South China Morning Post (SCMP) in 2017 that the interchange design was based on the complicated landform of Chongqing municipality in southwest China.

The region needed an interchange to connect the airport, the city, and an expressway. To get it done, the designers had to send cars through roads that span five levels, with the highest level being 12 stories tall, Wired said in a report. The interchange has 15 ramps, and the 20 lanes go in eight different directions. The total length of the roads at the interchange is estimated to be a little over 10 miles (16.4 km).

The construction of this interchange began in September 2009, with major construction being completed in 2017. Minor works and some ramps were completed later that year.

How do people react to this?

When you look at something so magnanimous, there can only be two reactions: fear and sheer appreciation for the person or team that made it possible.

When it was first thrown open to the public in 2017, the interchange became an internet sensation and drew some sharp responses from people. Social media was ablaze with comments like, “You can visit, but you can never leave.”

With Map apps realizing a bit too late that the driver hasn’t taken the correct lane or exit on normal highways, one can only wonder what the global positioning system (GPS)-based devices must be going through on a hellish track like this, especially given that the interchange actually has five levels.

Somebody on the internet felt pity for the GPS device in the car about how it could possibly resolve directions if one went wrong on the first attempt. Personifying the tribulations of the device, an internet user wrote the device as saying “who am I? Where am I?” reported SCMP. Another joked that “My GPS told me: go where you want and leave me alone!”

However, photographer Fred Dufour saw beauty in the build and took pains to capture the construction from various angles to capture the engineering marvel and share it with the rest of the world.

Just in case you are wondering what happens if you do take the wrong exit, there is a turnaround option half a mile ahead, Wired said in its report.