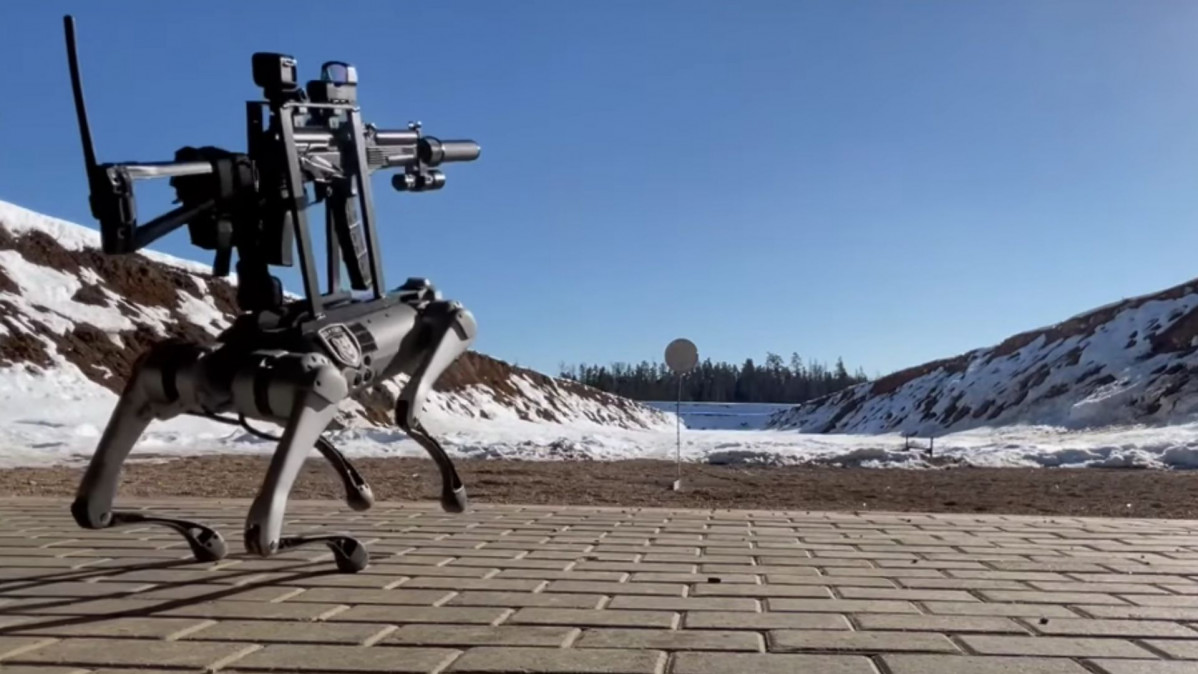 A video of a robot dog firing bullets from a submachine gun mounted on its back has gone viral on the internet, raising concerns if we are actually using technology to such effect, Vice reported.

When Boston Dynamics’ Spot trots on the floor of a factory or takes a walk on the footpath, he seems like the neighborhood-friendly dog that you can trust. It also helps that the company remains adamant about not using its technology as a weapon. However, it does not take long for someone else to put that idea into action, like in this video below.

The video states that the two have been put together to make a guard and patrol dog. According to some social media scanning done by The Verge, Atamanov, the video owner, is fond of military equipment. A few months ago, he posted an image of the robot dog bringing him a cup of coffee.

Why did he make a killer dog then?

It appears that Atamanov has just put his two interests together in one project and allegedly ended up making one very dangerous toy.  As can be seen in the video, the robot dog is not very good at handling the recoil generated when the gun is fired. So, apart from putting the two together, Atamanov has not done much for the dog to do the job efficiently.

It does not appear that the dog or the operator is aiming for a specific target and manages to strike it accurately. With Velcro on its flanks, the dog is clearly not meant for the warfront or even designed to go there anytime in the future.

So, even if the dog is carrying Russian Special Operations Forces insignia and is carrying a Russian flag and seems to be firing in the vicinity of a Russian armored car, it is definitely not going to be by Russian troops anytime soon.

Does anybody else have a killer robot dog?

Closer to home, Philadelphia-based Ghost Robotics unveiled a similar killer robot dog prototype back in 2021 that divided the world on whether it should be allowed to be further developed. Called Special Purpose Unmanned Rifle or SPUR, the killer bot sports a 6.5mm Creedmoor rifle and is reported to be equipped with sensors that allow it to function during the day and night.

Military contractors and personnel can find a thousand reasons to develop weapons that one will not seem to agree with. Last year, a New York Times report suggested that artificial intelligence was used to selectively target an Iranian nuclear scientist traveling in a car with his wife. Shots fired at the moving car killed the scientist, while his wife sitting inches away, was unhurt.

The truth is that technology already exists today to make robots into lethal weapons and target other human beings. The question is, how long can we really justify their continued use and further development?