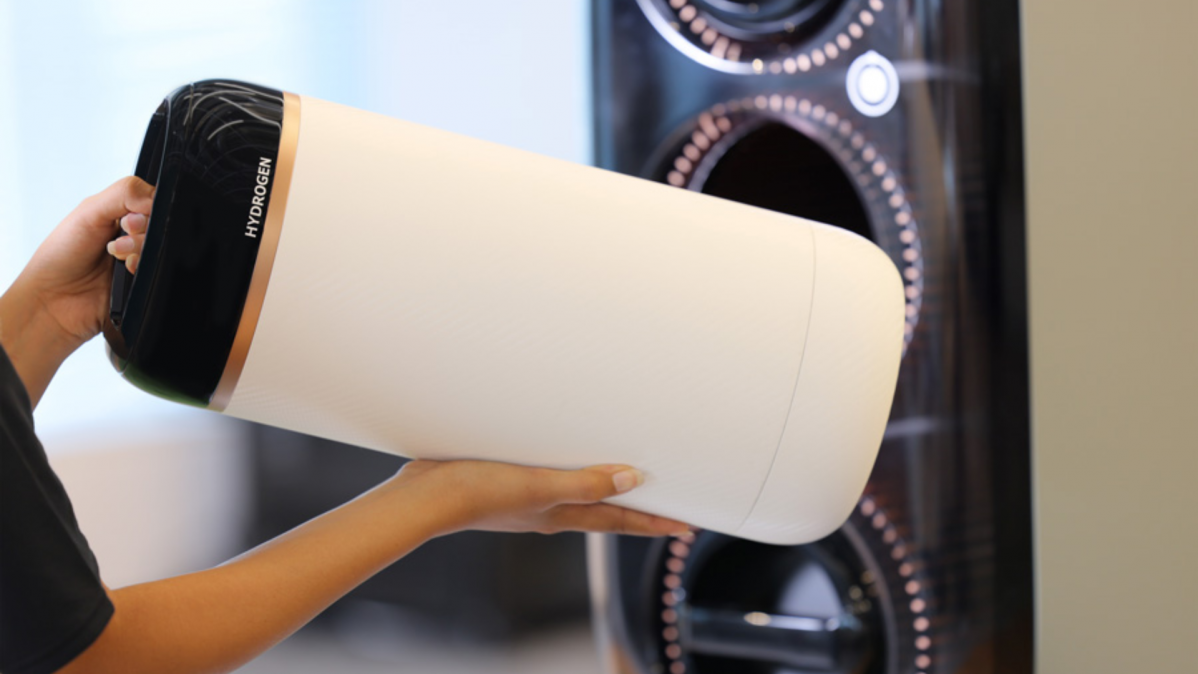 Japanese car maker Toyota is betting on hydrogen to play an essential role in decarbonizing our energy demand and has unveiled a cartridge that will help make the fuel portable, Engadget reported.

With the world looking for carbon-free energy sources, hydrogen is one of the options on the table. According to the Alternative Fuels Data Center (AFDC), a U.S. Department of Energy resource, 2.2 pounds (one kg) of hydrogen packs the same amount of energy as a gallon (6.2 pounds, 2.8 kgs) of gasoline. However, major hurdles in using hydrogen as a fuel are ensuring the safety and availability of the gas. Toyota aims to tackle these hurdles in one go with a cartridge-based solution.

Instead of building large-scale infrastructure to pump hydrogen gas, Toyota wants to ship it in small, convenient, and affordable packages. For this, the company is looking at cartridges that weigh no more than 11 pounds (5 kg).

With a length of 16 inches (40 cm) and a seven-inch (18 cm) diameter, these cartridges are expected to be easily transportable and facilitate swapping for a quick recharge.

The automotive manufacturer has also tied up with Tokyo-based Eneos Corporation to build a comprehensive hydrogen-based supply chain. Eneos is a more than century-old petroleum company looking for new ways of powering the world in a carbon-free manner. A company press release said that Toyota and Eneos are working to simplify the production, transport, and usage of hydrogen as a fuel.

Toyota will trial its hydrogen cartridges at Woven City, a futuristic smart city currently under construction in Susono City in eastern Japan.

The problem with today’s hydrogen

Even if supply chain issues could be addressed expeditiously, currently, there is a significant issue with using hydrogen as fuel. Although abundant in nature, hydrogen is not available freely and needs to be extracted from other molecules such as water, methane, or other organic matter.

Hydrogen is used heavily in fertilizer production and petroleum refining, but the methods currently used for the production rely on fossil fuels, Toyota notes in its press release. The company expects hydrogen to be produced with low carbon emissions as wind, solar, geothermal, and biomass-sourced power will be used in its generation.

With its cartridges, Toyota expects to solve the energy needs in remote and non-electrified areas, the press release added. Though convenient, the small-sized cartridges are aimed at daily use applications. A single cartridge can power a household microwave for up to four hours, Toyota notes its claims about the cartridge.

While the cartridges are currently being showcased at the Fuji Speedway, their small size makes it abundantly clear that Toyota is not looking at them to solve heavy-duty vehicles or long-haul transportation problems. Whether we will see more significant iterations of these cartridges in the future remains to be seen. For now, Toyota is keen to explore how these small packets can be used in our everyday lives.