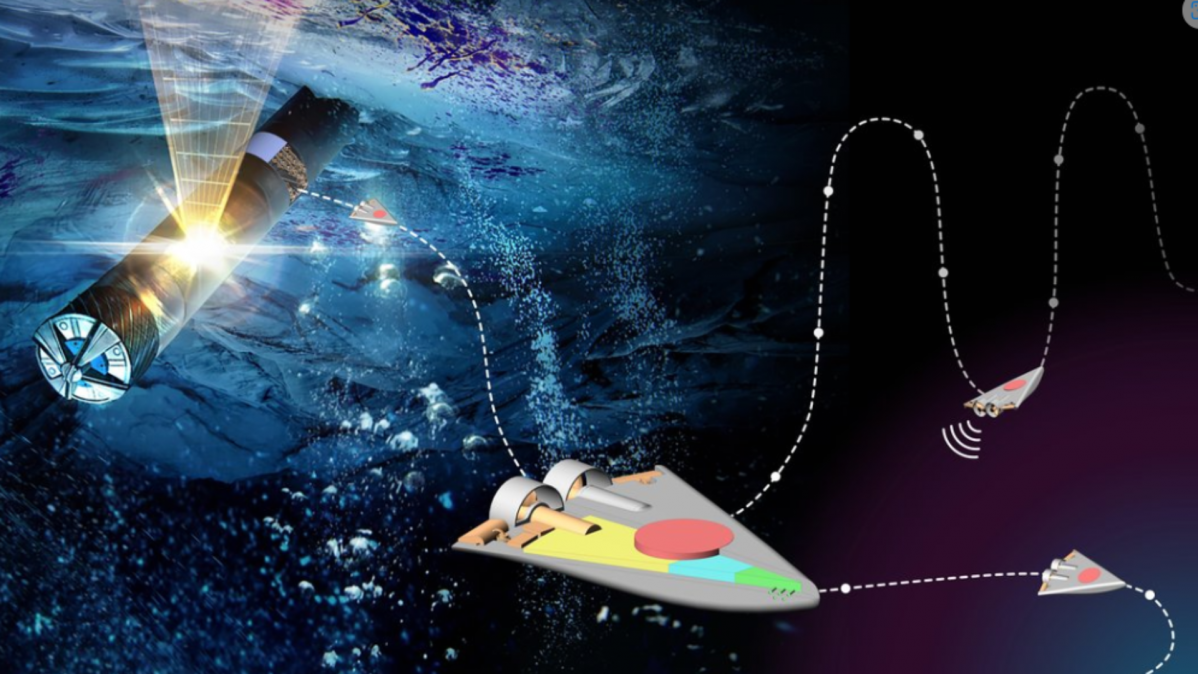 Engineers at NASA’s Jet Propulsion Laboratory (JPL) are working to develop a swarm of robots that could one day be used to probe under the icy shells of Jupiter’s moon Europa or Saturn’s moon Enceladus for signs of life on these distant worlds, an institutional press release said.

Current approaches to exploring new planets include sending landers and rovers that scan their landing sites for signs of life. While these approaches work well, they severely limit the range of the probe and even the scope of the mission, if the probe ends up at a distance from the intended landing site.

NASA’s Ingenuity helicopter that accompanied the Perseverance Rover on Mars can scan the planet further and faster, and provide data for the Rover to plan its missions. In the future though, NASA plans to send a swarm of such companions to help us learn more about the worlds we wish to explore.

Robotics mechanical engineer at NASA JPL, Ethan Schaler’s vision for such a mission involves a swarm of swimming robots that can explore the water bodies under icy shells of distant planets or even their moons for signs of life. Called Sensing With Independent Micro-Swimmers (SWIM), these robots would be no bigger than a cell phone and equipped with sensors to measure temperature, salinity, acidity, and pressure, as well as chemical sensors to detect biochemical signs of life.

Each of these robots would also have its own propulsion system and ultrasound communication system, along with an onboard computer. This might not sound very different from ocean exploration robots that space agencies would design for planets. However, there is a small but significant difference. Each of these robots is no bigger than a cell phone which would allow many of them to be packed into a single ice probe.

Still, in their early-stage concepts, these wedge-shaped robots are barely five inches (12 cm) long and occupy no more than five cubic inches (75 cm3) of volume, the press release said. Up to four dozen such robots could be placed in a cylindrical cryobot and still occupy just 15 percent of the payload allocation, allowing for more instruments to be carried onboard.

How will the robot swarm work on the distant planet?

Schaler envisions the cryobot would be launched by a lander, and, using a nuclear battery, melt its way through sheets of ice towards a water body below. Connected to the lander via the communications tether, the cryobot would then release a swarm of robots that could explore the expanse of the water body while beaming back its data to the bot.

Since the heat generated by the cryobot could alter the chemistries of the water, the ability of the swarm to probe a fair distance away from the bot would provide us with data about the true nature of the water.

When required, the swarm could also be directed to work as a “flock,” collecting data as a group to either reduce errors or specifically measure the variations across sensors to identify existing gradients, if any. “If there are energy gradients or chemical gradients, that’s how life can start to arise. We would need to get upstream from the cryobot to sense those,” Schaler said in the press release.

As of now, SWIM isn’t part of any NASA mission yet but recently received additional funding to make 3D-printed prototypes and test them.