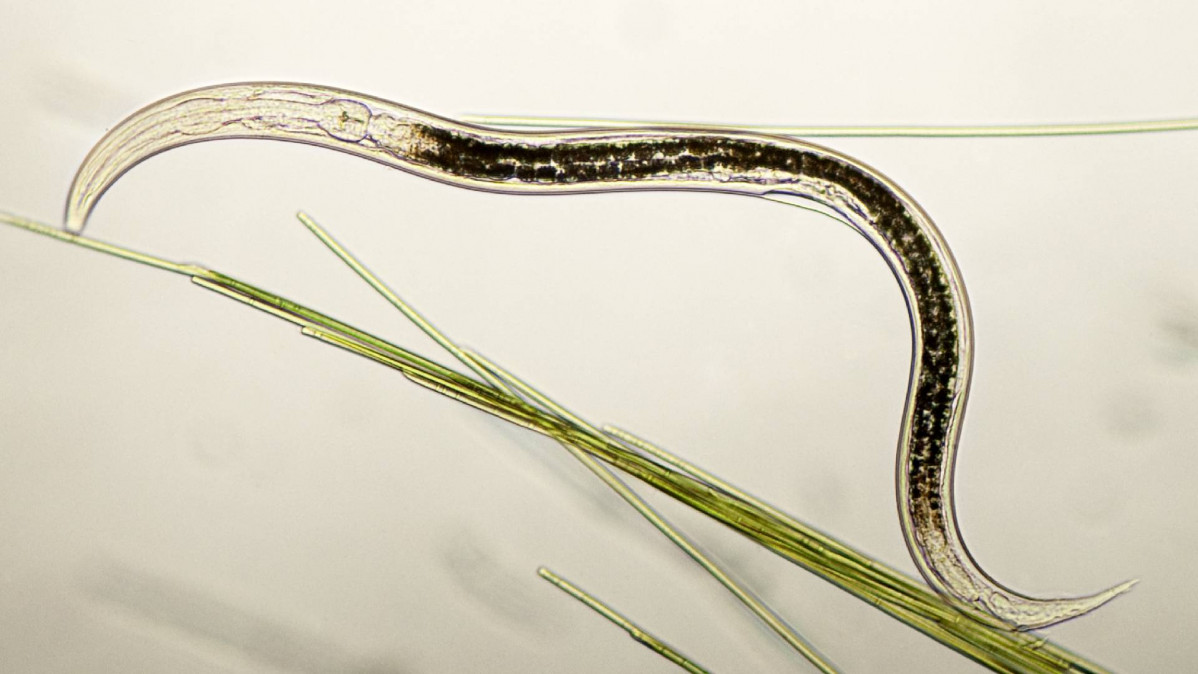 Back in November of 2021, we brought you news of scientists developing a cancer screening test using genetically engineered roundworms to detect early signs of pancreatic cancer from just a drop of urine.

Now, researchers from Osaka University have discovered that a particular kind of microscopic worm known as nematodes can kill cancer cells, according to a press release by the institution published last month. To achieve this, the worms must be coated with hydrogel-based “sheaths” that can be further engineered to transport functional cargo (cancer-killing substances).

A marine-dwelling worm that seeks out cancer cells

One of these types of nematodes is the Anisakis simplex, a microscopic marine-dwelling creature that is particularly fond of cancer cells.

“Anisakis simplex has been reported to sense cancer, potentially by detecting cancer “odor,” and to attach to cancerous tissues,” Wildan Mubarok, first author of the study, said in the statement. “This led us to ask whether it could be used to deliver anti-cancer treatments directly to cancer cells within the human body.”

The researchers decided to investigate a system for applying hydrogel sheaths to nematodes in order to create a gel-like layer all over their bodies that would protect them against the cancer-killing substances they would be equipped to carry. The end results were nematodes fitted with a suit about 0.01 mm thick. Even cooler, the whole process only took 20 minutes.

“The results were very clear,” says Shinji Sakai, senior author of the study. “The sheaths did not in any way interfere with the worms’ survival and were flexible enough to maintain the worms’ motility and natural ability to seek out attractive smells and chemical signals.”

Next, the researchers experimented with applying anti-cancer agents to the nematodes. Typically, this may be harmful to the parasitic worms, but in this case, the creatures were protected by their hydrogel armor. The scientists found that the newly-engineered worm could then transport and deliver the anti-cancer agents in order to kill cancer cells in vitro.

“Our findings suggest that nematodes could potentially be used to deliver functional cargo to a range of specific targets in the future,” states Mubarok. “Given the adaptability of the hydrogel sheaths, this worm-based delivery system holds promise not only for delivering anti-cancer drugs to tumor cells in patients, but it also has potential applications in other fields such as delivering beneficial bacteria to plant roots.”

The research is still in its early stages and may encounter several issues during development. There is the fact that many people will not want parasitic worms in their systems. There is also the issue of how to control the creatures once they have been administered to the human body. Still, in terms of cancer treatments, it offers hope of a new and effective solution.

The study was published in the journal Science Direct.

Engineering the surfaces of biological organisms allows the introduction of novel functions and enhances their native functions. However, studies on surface engineering remained limited to unicellular organisms. Herein, nematode surfaces are engineered through in situ hydrogelation mediated by horseradish peroxidase (HRP) anchored to nematode cuticles. With this method, hydrogel sheaths of approximately 10-μm thickness are fabricated from a variety of polysaccharides, proteins, and synthetic polymers. Caenorhabditis elegans and Anisakis simplex coated with a hydrogel sheath showed a negligible decrease in viability, chemotaxis and locomotion. Hydrogel sheaths containing UV-absorbable groups and catalase functioned as shields to protect nematodes from UV and hydrogen peroxide, respectively. The results also showed that hydrogel sheaths containing glucose oxidase have the potential to be used as living drug delivery systems for cancer therapy. The nematode functionalization method developed in this study has the potential to impact a wide range of fields from agriculture to medicine.