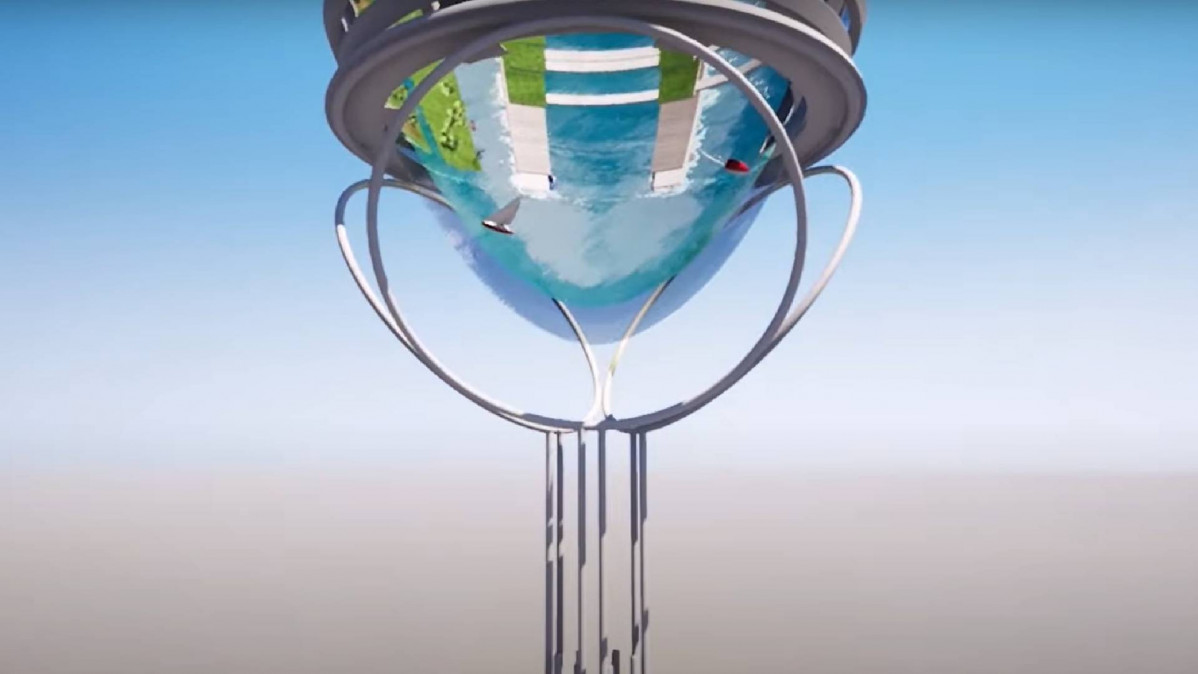 There’s no shortage of space habitat ideas, but how well they tackle the issues of gravity in space is not always clear.

Now, researchers at Kyoto University have joined forces with contractor Kajima Corp. to develop gravity-defying habitats required for use on the Moon and Mars, complete with their own transportation system, according to a report by Japanese newspaper Asahi published on Wednesday.

“There is no plan like this in other countries’ space development plans,” said Yosuke Yamashiki, director of the SIC Human Spaceology Center of Kyoto University, at a July 5 news conference at the university. “Our plan represents important technologies crucial to ensuring human beings will be able to move to space in the future.”

The team of researchers believes that gravity is absolutely essential to the well-being of future space dwellers.

“Without gravity, mammals might not be able to reproduce and their babies might not develop well,” the team explained in a press statement. “When a person grows under a zero or low gravity environment, their body would change so they wouldn’t be able to stand up on earth.”

“As the idea of living in space becomes more realistic, the problem with the low gravity, which I intuitively became aware of when I was a child, is an issue we must overcome,” further added Takuya Ono, a project associate professor with the center and a senior researcher at Kajima.

“We are committed to achieving the plan so it will be useful for human beings.”

But how do you achieve that gravity in space? By using the centrifugal force created by rotational motions. A video released by the team shows habitats built perpendicularly and set in an orb that likely turns at very high speeds.

The habitats are filled with water (and even a sailboat) as well as green pastures, making them ideal for human populations.

A powerful space transportation system for the Moon, Mars, and Earth

The researcher’s ambitious idea also comes with a space train that is set to function like trains on Earth while at the same time generating artificial gravity. But don’t let that fool you; the train will not be limited to one planet.

Instead, it will be able to stop at stations on Earth, the Moon, and Mars by using linear motors or rocket engines to launch it from one station to the other. When traveling between the planets and the Moon, each car of the train will be further transported in hexagon capsules to avoid exposure to cosmic rays.

The researchers are aware that their plans are very futuristic and say that they will only become possible in reality in the 22nd century. Still, they offer a promising option for space travel and dwelling.