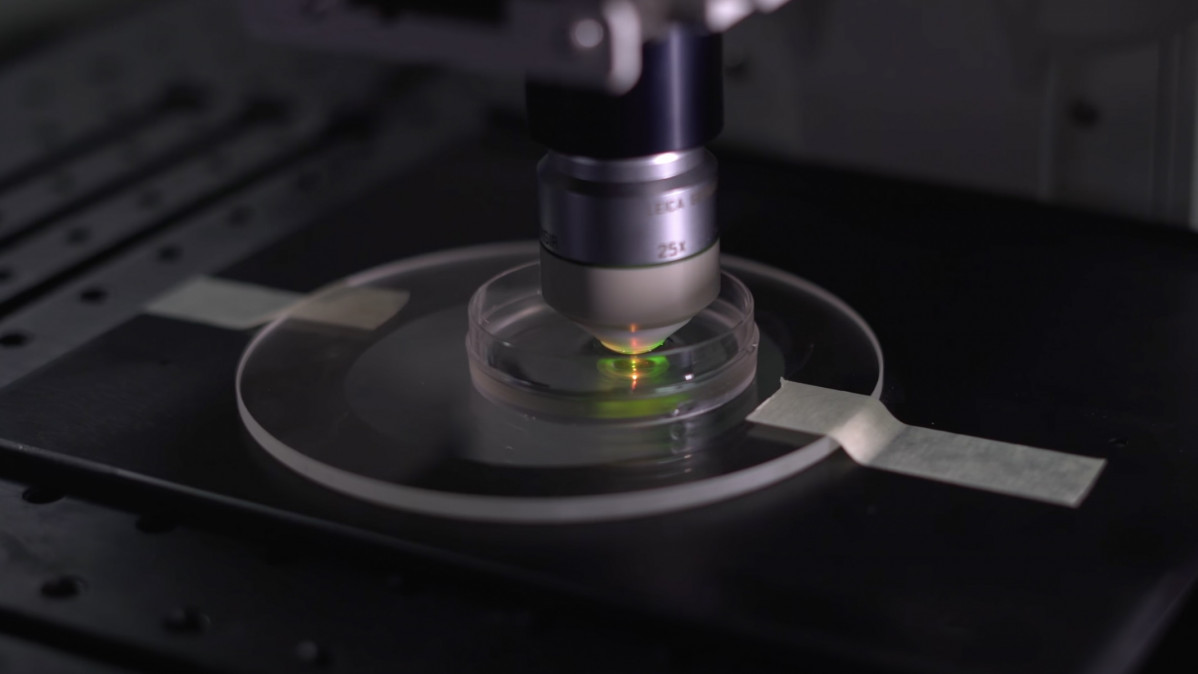 Not everything is bigger in Texas.

A team of researchers in the Lonestar State has developed a line of six impossibly small drills — each one is a single molecule — that could redefine the fight against antibiotic-resistant bacteria.

These nanomachines work by attaching themselves to the surface of bacterial cells. When exposed to light, they spin at incredibly fast speeds to bore holes directly into the bacteria. The new technology is described in a paper published Wednesday in the peer-reviewed journal Science Advances.

Interesting Engineering caught up with Tour to learn more about the new technology and what it could mean for the future of medicine.

IE: What exactly have you built?

Tour: It’s a molecular machine that will drill into a bacterium to kill it. We’ve already shown that we can kill cancer cells with these nanomachines by drilling into the cancer cells. Now we’re showing that these can kill bacteria. It doesn’t matter if they’re gram-negative or gram-positive. It doesn’t matter what kind of bacteria they are. It kills them all. Totally indiscriminately. It kills them all.

This kind of molecular motor was developed by Ben Feringa, who won the Nobel Prize in 2016 for creating molecules that spin when you shine ultraviolet light on them. We’ve taken those structures and modified them so they can work with light in the visible region. We also modified them to stick to bacteria cell surfaces. When you shine a light on them, they spin about three million rotations per second and end up drilling a hole in the bacterial membrane.

IE: How does it work?

You start with a twisted double bond. When you excite that with light, the double bond goes to single bonds and it twists to a 90-degree angle. It can relax down in one of two ways, but the molecule prefers one way over the other because of what are called diastereotopic transition states. The molecules spin unidirectionally, and that’s what ends up creating the hole. If we use the flapping-type molecules that go back and forth, they don’t show up as effectively.

IE: How does the drill actually kill the bacteria?

Tour: It can kill bacteria by simply popping holes in the membrane and opening it up. You can also use this in concert with outdated antibiotics. A lot of times bacteria will develop resistance by building a barrier that recognizes an antibiotic at its surface and keeps it from passing through. We can use the nanomachine to pop a hole in the membrane and let the antibiotic do the rest of the work after that.

We also demonstrated that it goes after what are called persister cells. When you treat an infection with normal antibiotics, you often have just a small number of bacteria that for some genetic reason manage to survive exposure to the antibiotics. After treatment, those persister cells are the only ones that are left — and they multiply. Then, you have an entire generation of persister-like cells that you can’t effectively kill anymore.

IE: Do these barriers to antibiotics pose a problem for the molecular drills?

Tour: This doesn’t matter. We bred persister cells for generations and generations. Then we exposed them to the technology, and they die equally quickly as normal bacterial cells. The pictures show that the membranes are all pocked and had holes in them. It’s a mechanical way of killing at the nanometer scale.

IE: You’ve already developed versions of this technology that can kill cancerous cells. Why did you decide to turn your attention to bacteria?

Tour: Bacteria are slated to kill 10 million people a year by the year 2050. So, what I tell students is when you’re my age, bacterial infection is going to make COVID look like a walk in the park. Bacteria are already killing many, many people every year, especially in hospital settings.

We have to learn to control these things because they adapt their structure to resist antibiotics. There are not many drug companies working on new antibiotics because there’s no money in it. Bacteria will often figure out how to survive a new antibiotic after just four or five years — before a drug company has even accrued its money back. There’s about a 30-year gap in new technology for new molecule classes for killing bacteria. Right now, we’re running off old versions and just modifications of old versions.

Tour: It kills by a mechanism that is highly unlikely for bacteria to ever, ever guard against because it’s a mechanical action, not a chemical action. We’re using these as nanometer-sized machines that drill into bacterial membranes. If a bacterium could fight off a scalpel, it could fight off these machines.

IE: How would this technology be applied in a real-world application?

IE: Could another light source — sunlight, for example — inadvertently activate these machines?

Tour: No, because you have to have a specific wavelength of light and of a specific intensity in order for this to occur. It’s a very selective system in that it only activates where you treat the area and where you shine the light.

IE: How long do these stay in the body?

Tour: They are cleared out naturally by the body over a day or so. So usually you would inject [them], wait 15 minutes, and then shine the light.

IE: This is your first paper on using these machines to kill bacteria. Can we expect to see more research in that direction in the future?

Tour: We have other papers coming out on bacteria where we’ve used other kinds of molecules. What we’re moving toward now is using other types of motors and moving those toward different wavelengths of light that would allow us to have deeper penetration. With visible light, you can get about half-a-centimeter penetration through human flesh. With near-intrared light, you can get 10 centimeters penetration. Depending on what angle you come from, a clinician can hit about anything with 10 centimeters.

IE: Do you worry about malicious use of this in the future?

Tour: Not at all. You’d have to inject this into somebody, hold them down, and hold a very intense light source right and on top of them. I think a knife or a gun would work better for that.

IE: We’ve talked about killing cells, but this technology seems more flexible than that. Have you explored using these machines for other kinds of remodeling?

Tour: Yes, we’ve looked at therapies where we can use a small amount of these machines to drill a few holes that become ports for drugs that normally would never be able to enter a cell.