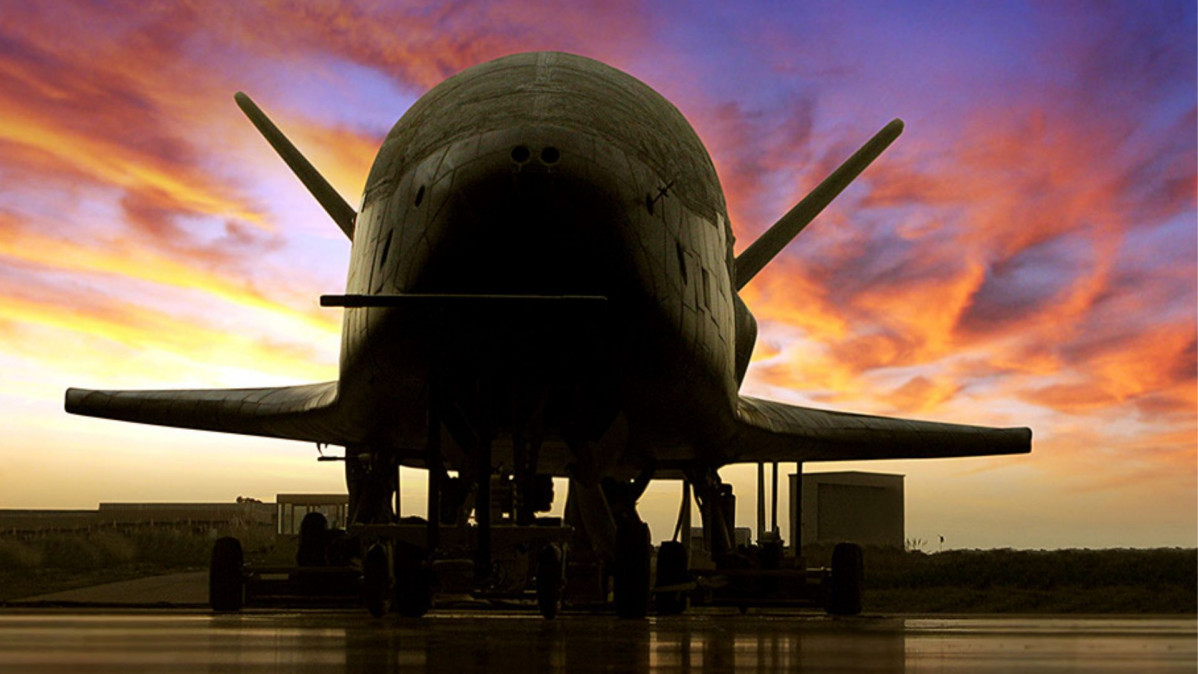 Built by Boeing, the X-37B is an unmanned space vehicle designed to support long-term space objectives with reusable vehicle technologies. The spacecraft can operate in low-Earth orbit at distances of 150-500 miles (240-800 km) above the Earth and is the first vehicle since the space shuttle with the ability to return experiments to Earth.

According to Boeing’s webpage for this spacecraft, the X-37B is one-fourth the size when compared to the Space Shuttle. It features many first in the space industry such as the use of an avionics system that automates all de-orbit and landing functions as well as flight controls and braking that uses no hydraulics at all.

The space plane is built using a light composite material instead of aluminum and uses new generation toughened uni-piece ceramic and silica tiles. Boeing also states that the X-37B is designed for easy maintenance and operation, delivering affordability.

Previous flights of the X-37B

The first flight of the X-37B, OTV-1 took place in 2010. For its launch, the spacecraft was strapped onto a launch vehicle which places it in orbit. After spending 224 days in orbit, the spacecraft re-entered the Earth’s atmosphere and landed at Vandenberg Space Force Base in California.

Although Boeing claims that the space plane is designed to stay in orbit for up to 270 days, subsequent missions using X-37B have lasted longer than the predecessor. OTV-2’s mission lasted 468 days in orbit, while OTV-3 spent over 674 days. OTV-4, launched in 2015, spent 718 days in orbit, while the last concluded mission, OTV-5, recorded 780 days in orbit.

The current mission of OTV-6 has so far clocked 773 days in orbit, just a week shy of the record stay. At this point in time, we do not know how long OTV-6 is scheduled to stay up there.

For all its features and achievements, the primary objectives of the X-37B have remained largely classified during its existence, which has now been for more than a decade. The secrecy over the purposes of the space plane has even prompted Russia to say that apart from carrying out surveillance, the space plane could be harboring nuclear warheads.

While the mystery over this remains unresolved, the U.S. Space Force shares details of some of the onboard missions. Among the those onboard the OTV-6 is the Naval Research Laboratory’s (NRL)’s experiment to convert solar energy into radio frequency microwave energy.

OTV-6 is also the first X-37B mission to deploy a service module to host experiments, which is attached to the aft of the vehicle and increases the experimental payload capacity that can be carried to orbit, Space.com reported. Two NASA experiments aimed at studying the impact of space environments on material sample plates and seeds used to grow food are also onboard the OTV-6.

When OTV-6 does come down, we will have some interesting findings in the field of science.