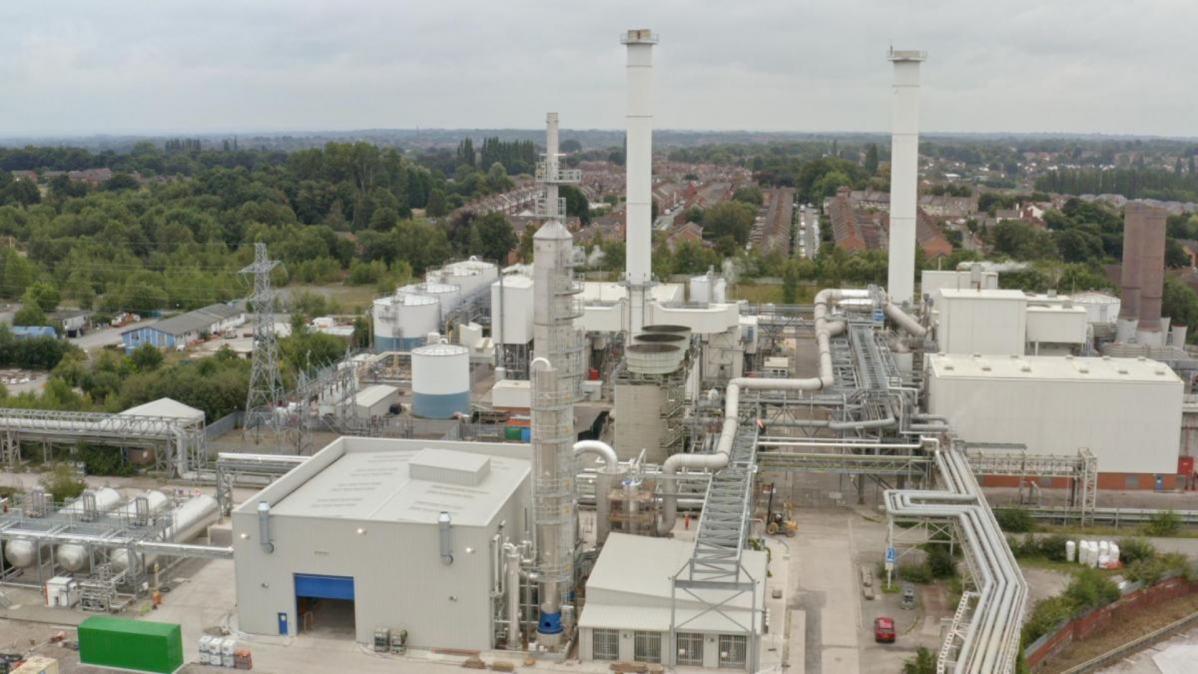 The U.K.’s largest capture carbon plant is now operational in Cheshire in Northwest England, the facility’s operator, Tata Chemicals Europe (TCE), announced in a press release. The first industrial-scale carbon capture facility in the U.K. was built with an investment of £20 million (US$ 24.5 million).

While switching off fossil fuel burning would be ideal, we still haven’t managed to scale up renewable sources of energy to meet our power demands. So, an interim step would be to capture the carbon dioxide being released and repurpose it to other requirements. This method is called carbon capture and TCE has found a way to make money from it as well.

TCE is one of the largest manufacturers of sodium carbonate, salt, and sodium bicarbonate in Europe. These chemicals are crucial components of a wide range of everyday use items ranging from glass to washing detergents while also being used for water purification, in animal feed, human food products as well as pharmaceutical purposes.

TCE’s facility in Northwich, Cheshire is the only facility in the U.K. that produces these chemicals. Operations at the facility already use an efficient combined heat and power plant, the company claims in the press release. Now, TCE will use most of the carbon dioxide released by the power plant to make 130,000 tonnes of pharmaceutical-grade, sodium bicarbonate, dubbed Ecokarb.

Much of the Ecokarb generated using this process will be exported for use in a process called hemodialysis, which patients with kidney disease undergo. TCE expects that the product will be exported to 60 countries, bringing in tens of millions of revenue for the company every year.

Benefits of the carbon capture facility

This demonstration plant will capture as much as 40,000 tonnes of carbon dioxide every year, which is the equivalent of taking 20,000 cars off the roads.

For the company, the facility will give it the bragging rights to making net-zero sodium bicarbonate while also making the lowest carbon footprint sodium carbonate in the world. The company also estimates that more than 10 percent of its carbon emissions will be reduced by this facility, putting it on the path to achieving an 80 percent reduction in emissions by 2030.

The capture of carbon dioxide also means that TCE’s power plant is now generating heat and energy at almost half of the carbon dioxide emissions per kilowatt compared to a conventional power plant. Apart from reducing carbon emissions, the facility also gives TCE access to high-quality carbon dioxide, a critical component of its chemical manufacturing process. With reliable inputs, it can now plan the expansion of its exports.

The construction of the facility was supported by a £4.2 million grant from the government of the U.K., which also serves as a template for achieving sustainability goals through the public-private partnership. The operations at the facility will serve as proof that these projects are viable and help channel larger investments into these technologies in the future.