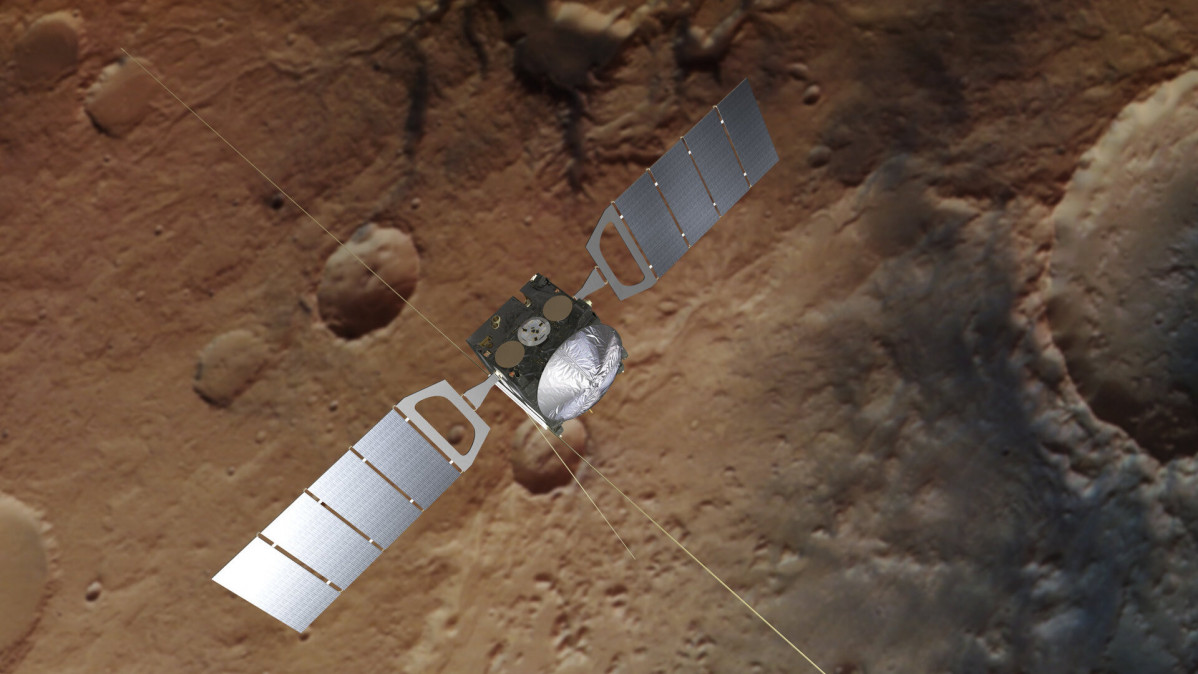 The European Space Agency (ESA) is performing an overdue upgrade on its Mars orbiter.

Engineers from ESA are preparing to upgrade the software for their Mars orbiter, called Mars Express, from Windows 98, a press statement reveals.

The Mars Express spacecraft launched in 2003, and has been orbiting the red planet for more than 19 years. All that time, Mars Advanced Radar for Subsurface and Ionospheric Sounding (MARSIS) instrument has been using software built with Windows 98.

“We’ve faced a number of challenges to improve the performance of MARSIS,” Carlo Nenna, MARSIS on-board software engineer at Enginium, who is responsible for the upgrade, explained in the statement. “Not least because the MARSIS software was originally designed over 20 years ago, using a development environment based on Microsoft Windows 98!”

The software upgrade to the MARSIS instrument means the Mars Express will be able to “see beneath the surfaces of Mars and its moon Phobos in more detail than ever before,” according to the ESA statement. That’s particularly exciting, as the MARSIS instrument was a key component in the spacecraft’s 2018 discovery of a massive underground aquifer of liquid water on Mars.

An overdue upgrade for Mars Express

The Mars Express spacecraft beams low-frequency radio waves down to the surface of Mars with a 40-meter-long (130-foot) antenna to search for water and investigate the red planet’s atmosphere. The radio waves allow the spacecraft’s instrument to probe three miles below the surface of Mars. The new upgrade will improve the data quality, according to the ESA.

The new upgrade will improve signal reception for the MARSIS antenna and boost the efficiency of onboard data processing, allowing for more extended observation periods. “By discarding data that we don’t need, the new software allows us to switch MARSIS on for five times as long and explore a much larger area with each pass,” explained Andrea Cicchetti, a MARSIS operation manager at INAF. “The new software will help us more quickly and extensively study these regions in high resolution and confirm whether they are home to new sources of water on Mars. It really is like having a brand new instrument on board Mars Express almost 20 years after launch.”

The ESA hasn’t revealed the name of the software MARSIS is being upgraded to, or the OS used for the new system, meaning we may never know if Mars Express is now running on Windows 11. It does, however, join a prestigious list of space machinery that have received a vital software upgrade years after launch — last year, for example, the Hubble Space Telescope was brought back from the brink of retirement by a risky “switchover procedure” due to its aging hardware.