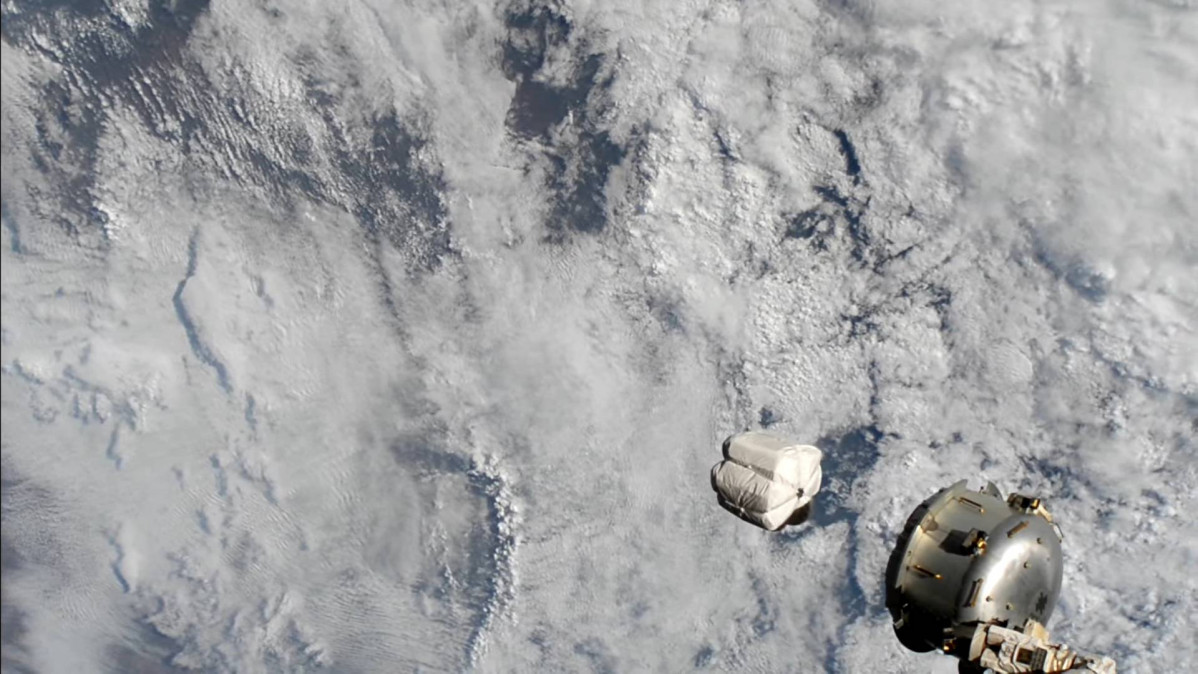 Have you ever wondered how astronauts on the International Space Station (ISS) dispose of their trash? Until now, they piled the garbage into a cargo ship bound to burn up in the atmosphere. They also had to hand-dispose of small items during spacewalks.

But what if there was a better way?

Ejecting trash in a specialized bag

On Wednesday, Nanoracks, the company that built and operates the station’s commercial Bishop Airlock, announced that approximately 172 pounds (78 kilograms) of garbage was ejected in a specialized trash bag on July 2 in a test of the firm’s new orbital waste-disposal tech. According to Nanoracks, the experiment went smoothly.

“Although individual pieces of hardware have been jettisoned from ISS, and a few bundles of equipment have been hand jettisoned during spacewalks, this is the first use of an airlock trash bag ejection system on the ISS. Most ISS trash has been disposed of in cargo ship reentries,” said in a tweet Jonathan McDowell, an astronomer at the Harvard-Smithsonian Center for Astrophysics. McDowell is responsible for tracking objects re-entering the Earth’s atmosphere like Nanoracks’ trash bag.

What was in the bag?

Nanoracks gave a list of ingredients contained in the disposal bag that included used foam, packing materials, crew hygiene products, crew clothes, cargo transfer bags, and office supplies. The test went so well that the firm is contemplating using a similar disposal system on its planned commercial space station, called Starlab, which is scheduled for operation in 2027.

The new waste disposal system is not entirely new.

Nanoracks’ garbage ejection took place using a “specially designed waste container” which carries a maximum capacity of 600 pounds (272 kg.) “This weekend was yet another historic milestone for the Nanoracks team. This was the first open-close cycle of the Bishop Airlock, our first deployment, and what we hope is the beginning of new, more sustainable ISS disposal operations,” said Dr. Amela Wilson, Nanoracks CEO.

However, this kind of system isn’t entirely unprecedented.

The waste disposal solution comes at a critical time, as maintaining the ISS garbage-free has been an issue for quite some time now.

“Waste collection in space has been a long standing, yet not as publicly discussed, challenge aboard the ISS,” said Cooper Read, Bishop Airlock program manager at Nanoracks. “Four astronauts can generate up to 2,500 kg of trash per year, or about two trash cans per week. As we move into a time with more people living and working in space, this is a critical function just like it is for everyone at home.”