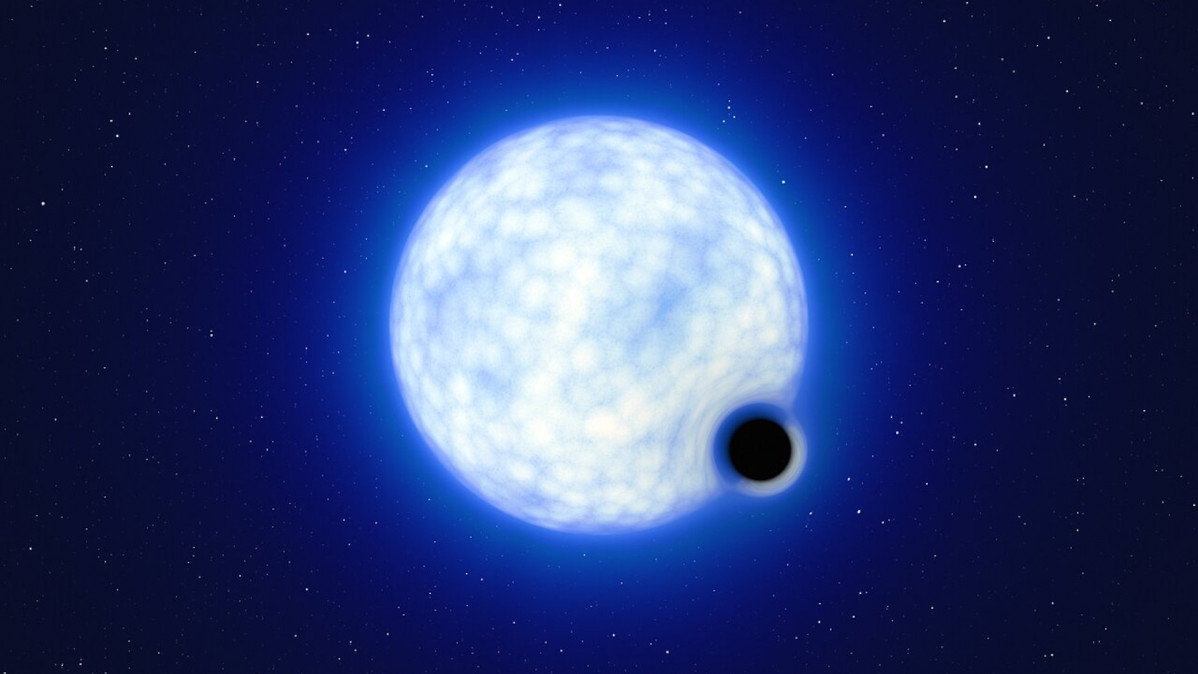 Capturing an image of a black hole is hard enough, so how do you detect one that’s dormant?

An international team of scientists discovered a “dormant” black hole outside the Milky Way in a world first, a press statement reveals.

The cosmic giant is nine times the mass of the Sun and orbits a hot, blue star weighing 25 times the Sun’s mass. It was discovered in the Large Magellanic Cloud, a neighboring galaxy.

Though scientists believed they may have detected signs of dormant black holes outside the Milky Way before, the team says this is the first dormant stellar-mass black hole to be unambiguously detected outside our galaxy.

The team has actually garnered the nickname “the black hole police” due to the fact that they have debunked several theorized black holes in the past. One member, Kareem El-Badry of the Center for Astrophysics, Harvard & Smithsonian, has even been called the “black hole destroyer”. Understandably, they expect their findings, published in the journal Nature Astronomy, to be highly scrutinized.

The researchers had been searching for black hole binary systems for more than two years when they discovered the dormant black hole, now dubbed VFTS243.

A dormant black hole, also known as a stellar-mass black hole, is formed when massive stars reach the end of their lifetime and collapse under the force of their own gravity. In a binary star system, this process leaves behind a black hole with a luminous companion star. The black hole is classified as “dormant” when it does not emit high levels of X-ray radiation, which is how black holes are typically detected.

VFTS 243: The ‘most convincing’ dormant black hole candidate to date

Thousands of dormant black holes are thought to exist in the Milky Way and in the Magellanic Clouds, but they are very hard to detect. “It is incredible that we hardly know of any dormant black holes, given how common astronomers believe them to be,” says co-author Pablo Marchant of KU Leuven.

The problem arises from the lack of X-ray radiation, as well as the fact that dormant black holes don’t interact much with their surroundings — making them very hard to spot. “For more than two years now, we have been looking for such black-hole-binary systems,” explains co-author Julia Bodensteiner, a research fellow at ESO in Germany. “I was very excited when I heard about VFTS 243, which in my opinion is the most convincing candidate reported to date.”

The researchers also point out in their study that the star that turned into VFTS243 vanished without a supernova explosion. This “direct-collapse scenario” has “enormous implications for the origin of black hole mergers in the cosmos,” says study lead Tomer Shenar.

The researchers discovered VFTS 243 after poring over six years of observations of the Tarantula Nebula by the fibre large array multi-element spectrograph instrument on the European Southern Observatory’s Very Large Telescope. Those dormant black holes better watch out when the “black hole police” come patroling.