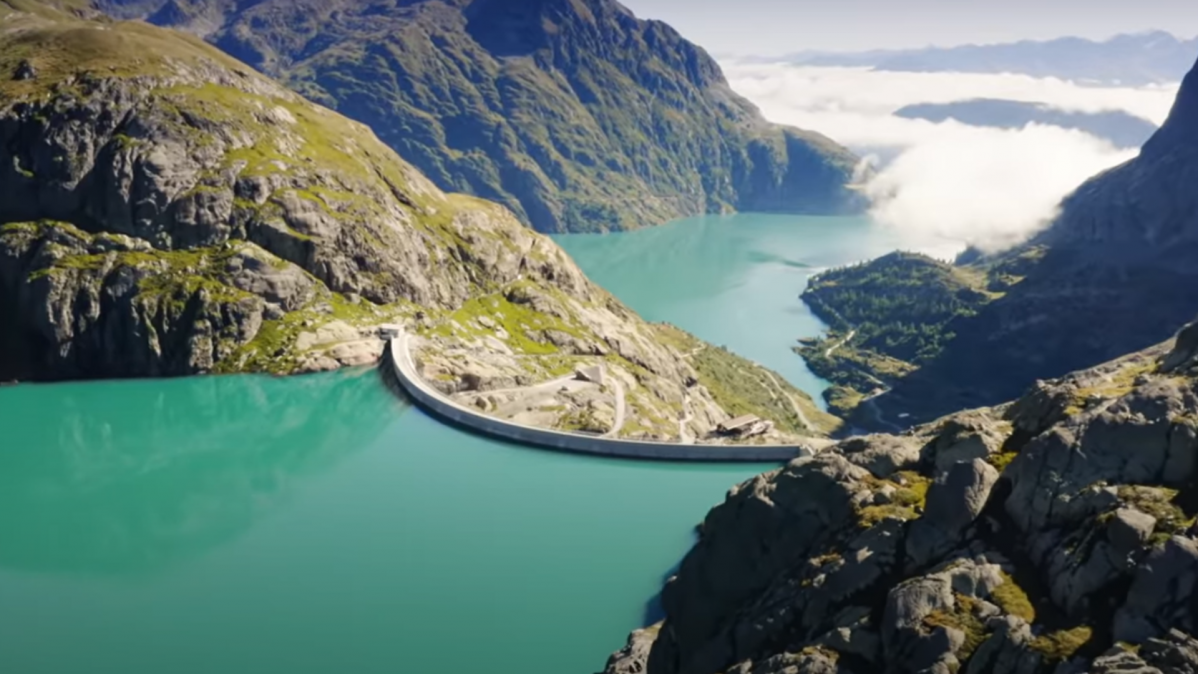 A 900 MW ‘water battery’ that cost Switzerland €2 billion and was under construction for 14 years, is now operational, Euronews reported. The battery is located nearly 2,000 feet (600 m) underground in the Swiss Alps.

With the world focused on harnessing its energy from renewables, there is also the need to store this energy which is produced intermittently depending on weather conditions and the time of the day.  While dense battery packs are a solution to this problem, these storage devices also need minerals like nickel, cobalt, and lithium, which need to be mined and are not environment-friendly.

Scientists worldwide have been experimenting with other energy storage ideas, such as using carbon dioxide or even tapping into the carrying capacity of elevators in high rises in urban areas for rapid energy dissipation when demand peaks. While these are largely still experimental, a water battery is something that is well known to work.

How does a water battery work?

A water battery consists of two large pools of water located at different heights. When power production is high, excessive power is used to move water from the lower pool to the pool at a higher height, which is similar to charging a conventional battery.

When power demand increases, the water at the higher level can be released and, as it heads to the lower pool, it passes through turbines that generate electricity and can be used to power the grid.

The concept might sound new but has been in use in Switzerland for centuries. The U.S. has also been using this method for nearly a century now, while China recently decided to build 270 GW of storage capacity by 2025.

The water battery that recently went operational in Switzerland has a storage capacity of 20 million kWh, the equivalent of 400,000 electric cars, and is aimed at helping stabilize the energy grid in Switzerland and other connected grids in Europe. The plant has six turbines that can generate 900 MW of power, Euronews revealed.

Why did it take Switzerland 14 years to build it?

The battery has been built between the reservoirs of Emosson and Vieux Emosson in Valais, a canton in the southwestern part of Switzerland. Located nearly 2,000 feet (600 m) underground, the vast engine room of the plant measures about 650 feet (200 m) long and is over 100 feet (32 m) wide.

To move the building materials to the site, the engineers had first to carve out tunnels through the Alps. The length of the tunnels dug for the project extends to about 11 miles (18 km). Once these tunnels were in place, building material and prefabricated buildings could be moved into the mountain, a process that took 14 years.

To increase the energy storage capacity of the battery, the height of the Vieux Emosson dam was also increased by 65 feet (20 m). After all this hard work, the battery is now operational and at its peak is capable of powering  900,000 homes at a time.