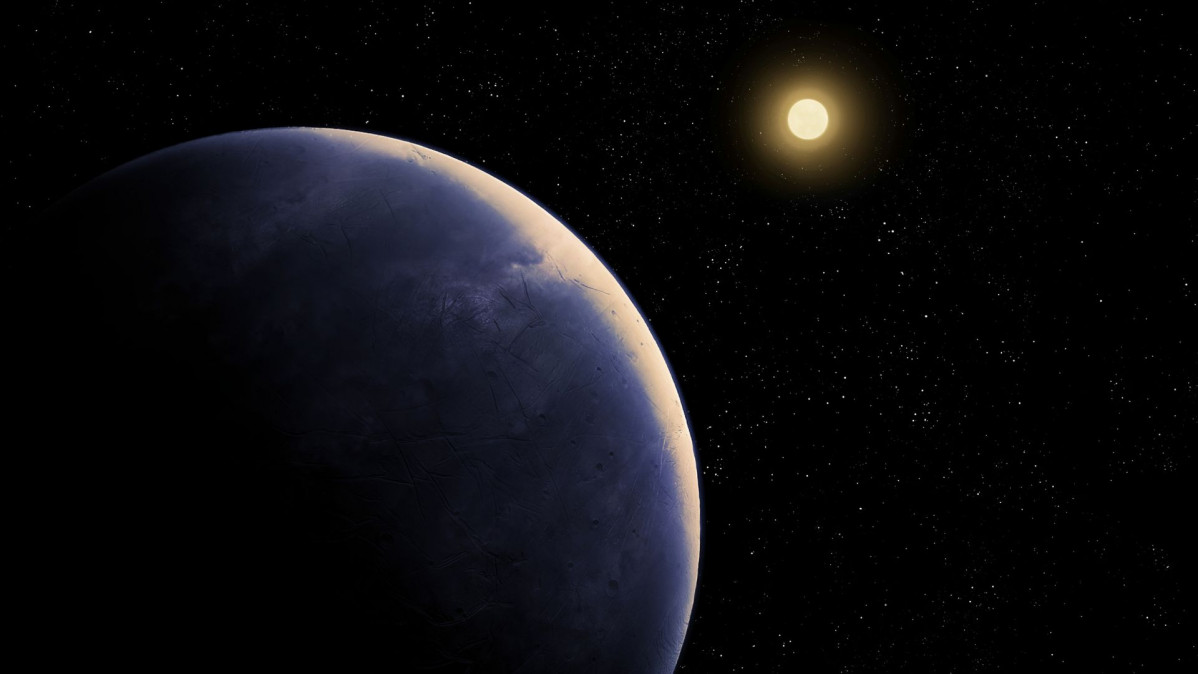 Super-Earths live up to their name when it comes to maintaining a habitable atmosphere.

That’s because massive Super-Earth planets can retain their atmosphere and water for tens of billions of years, according to a new study.

The Earth-like exoplanets are, in theory, capable of supporting life for much longer periods than Earth, with scientists on the new study estimating they could be habitable for up to 80 billion years. As a point of comparison, the entire universe is thought to be 13.7 billion years old.

The astronomers behind the new study, published in the journal Nature Astronomy, say their computer models show that Super-Earths are capable of maintaining a primary atmosphere (made up mainly of hydrogen and helium) for billions of years.

What’s more, their calculations showed that the density of this atmosphere could be 100-1,000 times greater than that of the Earth. In this dense atmosphere, liquid water can exist, and it can persist for more than the time required for life to develop and evolve.

This has important implications in the search for extraterrestrial life as it means we may be more likely to find alien life by focusing on these Super-Earths. These massive exoplanets typically have a solid surface mass up to 10 times larger than the Earth’s. A recent estimation suggests there are approximately 30,000 Super-Earths within a thousand light-years of Earth.

The astronomers conducted over a thousand simulations of the evolution of Super-Earths of different masses and orbits to reach their results. They found that cold Super-Earths, which rotate at a good distance away from their stars are the best candidates for maintaining habitable conditions.

Far enough away from the host star, the hydrogen-helium atmosphere can persist for long periods and won’t be eroded by stellar wind particles. At the correct distance, the planet will also be heated by the greenhouse effect.

It’s worth noting, however, that exoplanets are typically detected by measuring dips in the brightness of distant stars. These periodic dips indicate a planet is orbiting the star. More distant planets, with further orbits from their host stars, are harder to detect.

The researchers say the ideal circumstances would lead to a planet that could sustain life for almost the entire lifespan of its host star, which could be up to approximately eight billion years. However, in very special circumstances, a planet could deorbit its star and travel into the cosmos, and it could remain habitable for roughly 80 billion years, according to the scientists. Last month, another researcher proposed a wild theory: alien civilizations may have untethered “rogue planets” from their orbits and used them as spacecraft to colonize new star systems. Given the new findings, that theory is now just a little bit more believable.

Cold super-Earths that retain their primordial, H–He-dominated atmosphere could have surfaces that are warm enough to host liquid water. This would be due to the collision-induced absorption of infrared light by hydrogen, which increases with pressure. However, the long-term potential for habitability of such planets has not been explored yet. Here we investigate the duration of this potential exotic habitability by simulating planets of different core masses, envelope masses and semi-major axes. We find that terrestrial and super-Earth planets with masses of ~1–10 M⊕ can maintain temperate surface conditions up to 5–8 Gyr at radial distances larger than ~2 AU. The required envelope masses are ~10−4 M⊕ (which is 2 orders of magnitude more massive than Earth’s) but can be an order of magnitude smaller (when close-in) or larger (when far out). This result suggests that the concept of planetary habitability should be revisited and made more inclusive with respect to the classical definition.