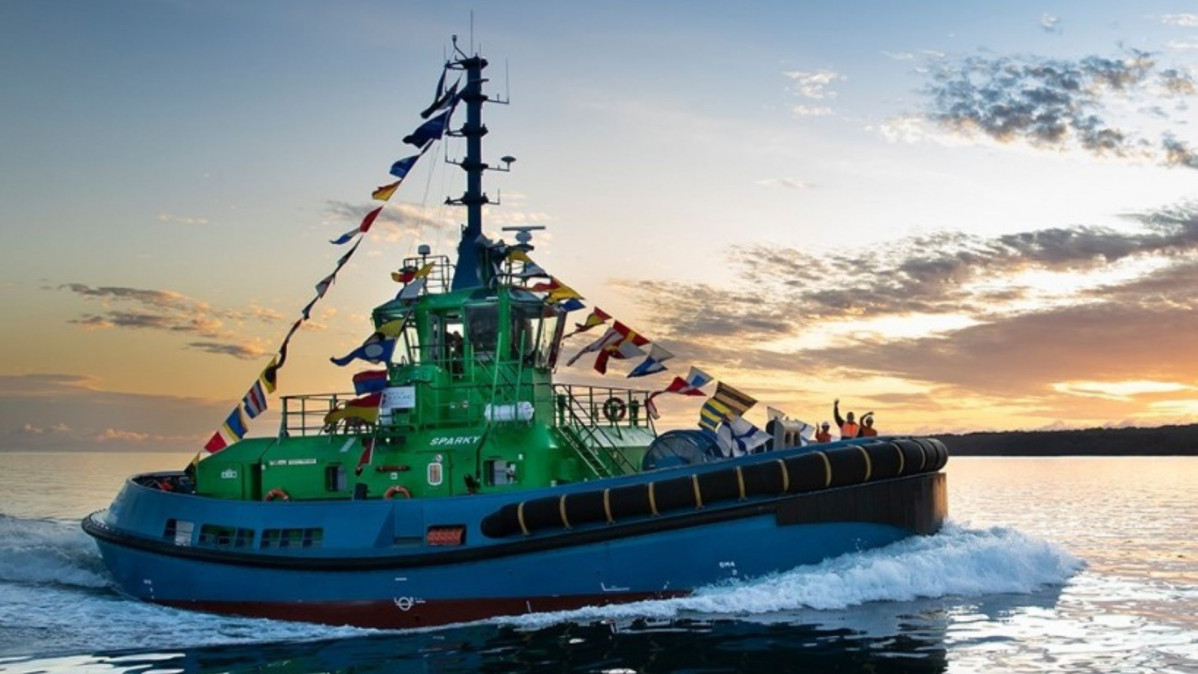 The Ports of Auckland in New Zealand now has a bright green, electric tugboat called Sparky.

While Sparky represents a future of zero-emissions ship handling by using electricity as its power source, it provides the same bollard pull as the port’s strongest diesel tugboat. While Sparky is not the first electric tugboat in the world, it is the first in Auckland and the first of its size and bollard pull.

Ports of Auckland is administering New Zealand’s largest container and international trade terminal. The port manages over half of the country’s imports and exports and is a primary docking point for cruise ships.

With that much traffic, Sparky is anticipated to have a 25-year life span and will save approximately 512 tons (465 metric tons) of CO2 in diesel emissions annually. Besides, the expected cost of operating the electric tug is less than a third of the cost of a diesel equivalent.

Ports of Auckland is working to become emissions-free by 2040, and this is no small task considering the waterway moves nearly one million 20-foot containers of exports and imports each year.

Ports of Auckland purchased the fully-electric tugboat as a part of the ports’ plans to become emissions-free by 2040. “Sparky is the first e-tug of its type in the world and was a truly innovative project for us,” Ports of Auckland CEO Roger Gray said.

“Her arrival marks a big step towards the ports’ decarbonization of operations and towards our long-term emissions reduction goals,” he added.

A 2020 study by the International Maritime Organisation (IMO) found that emissions from the global shipping industry had risen 10 percent between 2012 and 2018 — a clear indicator that bold actions in ports like Auckland are needed to reduce the adverse effects of emissions.

Sparky will be powered by the Echandia E-TUG energy storage system (ESS) based on the Toshiba SCiBTM LTO cells. Sparky is powered by 80 battery racks housing 2,240 batteries — totaling 2784 kWh of power onboard. With their excellent safety rating, supercharging capability, long life span, and relatively lightweight, the LTO batteries will allow Sparky to push and pull up to 80 tons (70 metric tons) of freight on a single charge for at least 30 minutes and recharge in just two hours.

Sparky seems to be a significant player in Ports of Auckland’s zero-emission target.