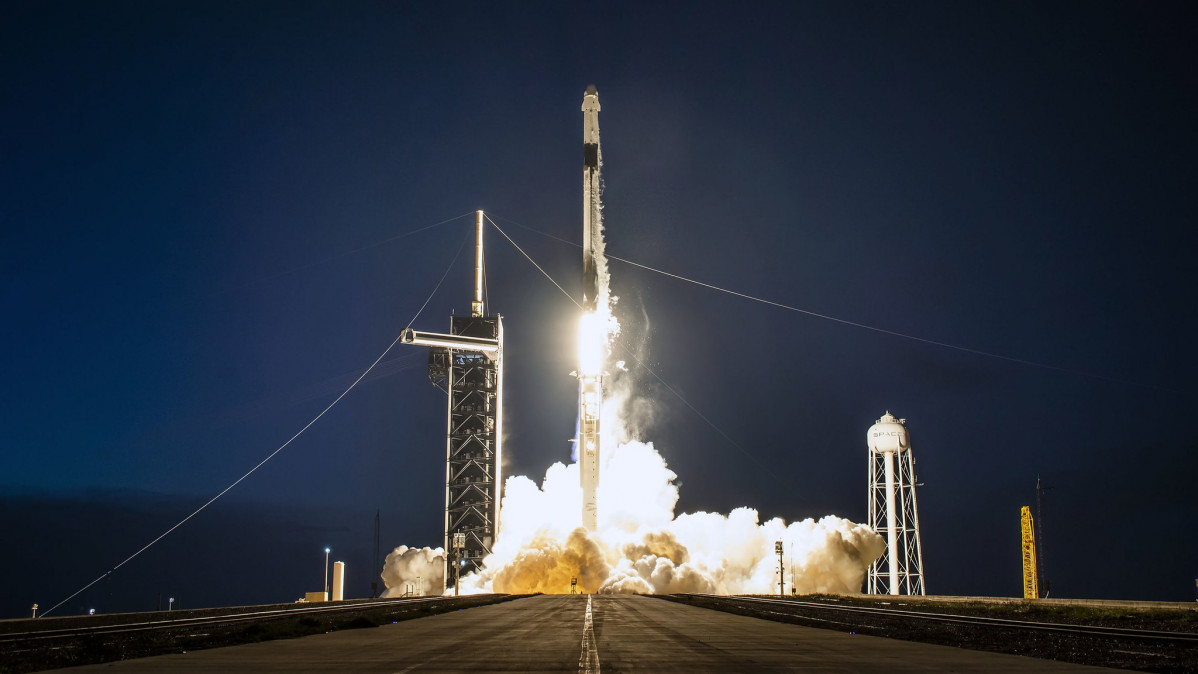 SpaceX launched one of its Falcon 9 first-stage rocket boosters for a record-equaling 13th time on Sunday, July 17.

The booster used for the mission is the same one used for SpaceX’s historic first crewed mission to the ISS, Demo-2. It was also used for the RADARSAT Constellation Mission, the SXM-7 communications satellite, and nine Starlink missions, according to SpaceX.

Bearing in mind how many launches the company is carrying out this year, it likely won’t be long before we see one of the boosters break the 14-flight milestone. It’s a particularly busy time for SpaceX, which recorded its 31st Falcon 9 launch with its Sunday launch. That means it has already launched Falcon 9 the same number of times it did during the whole of 2021.

Roughly nine minutes after liftoff on Sunday, the booster came back down to Earth and performed a vertical landing on SpaceX droneship ‘Just Read the Instructions’ off the coast of Florida on the Atlantic Ocean.

Some 15.5 minutes after launch, the 53 Starlink satellites deployed from the Falcon 9 upper stage, according to a tweet from SpaceX. The successful deployment capped off another successful mission for the private space firm.

SpaceX is gearing up for Starship’s orbital maiden launch

SpaceX has broken countless spaceflight records, and it has many milestones still to come as it aims to help NASA return astronauts to the Moon’s surface and then eventually send humans to the Red Planet.

The company also launched its SpX-25 cargo resupply mission to the ISS last week, on July 15, marking its 25th cargo mission to the orbital space station.

Dragon and an orbital sunrise pic.twitter.com/9jCFhDsWi8

SpaceX is also gearing up for the orbital maiden flight of its fully reusable Starship prototype. The company recently suffered a setback in the form of an explosion during engine tests, but CEO Elon Musk hopes the damage is only minor. SpaceX is currently assessing the damage to the spacecraft, which will eventually unlock its ambitions to send humans to Mars.

SpaceX has launched more than 2,800 Star satellites so far. The company has permission to launch a further 12,000 satellites into low Earth orbit, and it has applied for permission to launch a further 30,000 satellites. If the private space company earns approval from the Federal Communication Commission, it will likely reach the 30,000 mark with the help of Starship, which is designed to deploy Starlink satellites like a Pez dispenser.