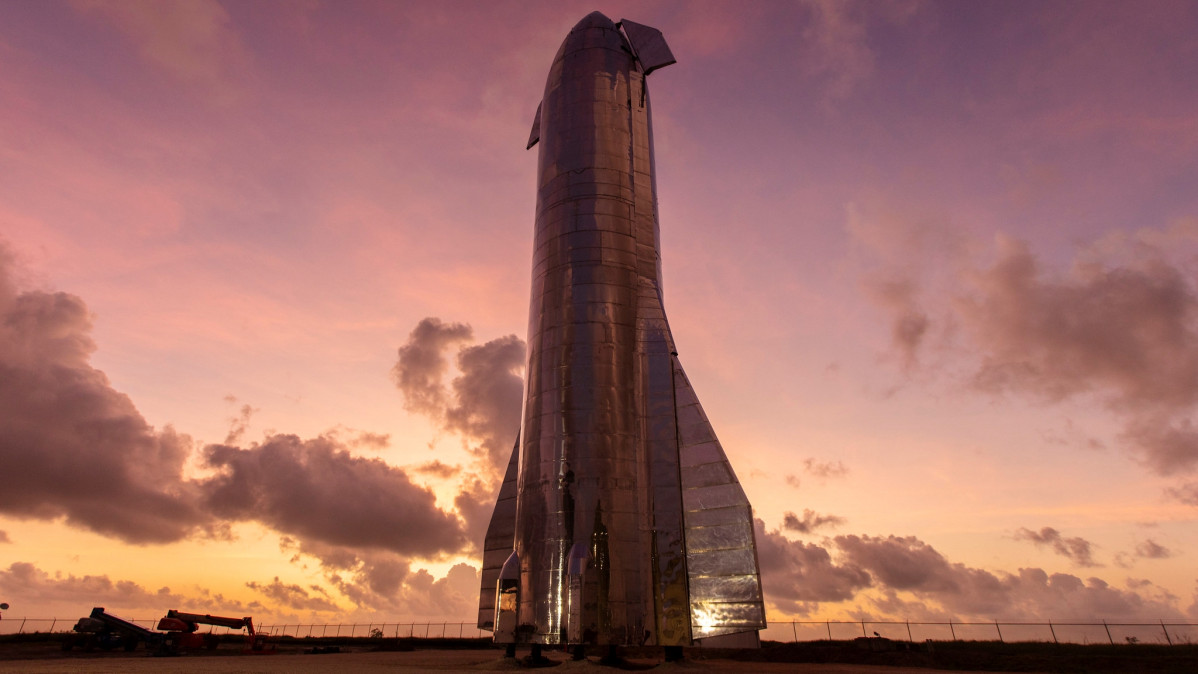 It’s not so long ago, in the grand scheme of things, that SpaceX was struggling to make it to orbit.

Last week, May 31, marked the 10-year anniversary of the completion of SpaceX’s first Dragon mission, COTS 2, to and from the International Space Station.

Only a few years before, on September 28, 2008, the company reached orbit on its fourth attempt with Falcon 1.

Despite his PR inelegance and all his deadline exaggerations, it’s hard to argue against SpaceX CEO Elon Musk’s impressive track record when it comes to spaceflight — even his most far-out statements are known to have caused skeptical space enthusiasts to froth at the mouth.

Still, Musk’s latest claim shared on Twitter alongside a slide deck for a presentation he recently gave at SpaceX will likely prove divisive.

The plan is to “build 1000+ Starships to transport life to Mars. Basically, (very) modern Noah’s Arks,” Musk wrote, reiterating a statement he had made during a recent interview with TED curator Chris Anderson. In that interview, he stated that SpaceX would achieve this goal by 2050.

SpaceX has yet to launch the Mars-bound spacecraft to orbit, but it is hoping to carry out its orbital maiden flight at some point this summer — though the FAA continues to delay its environmental review of the spacecraft.

Starship will be made up of two parts. The first stage will be a 230 feet tall booster powered by 33 Raptor 2 engines. The Starship spacecraft, which is 164 feet tall, will sit atop the first stage. During his presentation, Musk also teased Starship’s deployment method for Starlink 2.0.

The main reason Musk’s plans may prove divisive is the fact that, even by SpaceX’s lofty standards, they are not aligned with those of NASA.

While Musk says SpaceX will send one million humans to Mars by 2050, NASA aims to get the first humans to Mars — likely with the help of SpaceX — by the 2030s or 2040s. The U.S. space agency recently published 50 key objectives it wishes to achieve before and during its first Mars mission. The plan outlines and highlights harsh obstacles NASA will face, such as the fact that astronauts’ muscles will have degraded to the point they may struggle to walk when they first reach the red planet.

Colonizing Mars will be an incredibly slow process full of trial and error. As such, the first humans NASA plans to send to the red planet will be scientists and trained experts. By contrast, Musk recently announced that “almost anyone” will be able to save up to $100,000 to buy a Starship ticket and go live on Mars.

It’s understandable that the CEO of SpaceX is busy selling the dream of humanity as a spacefaring civilization, but his Mars 2050 statement risks putting him in similar territory as he was with Tesla’s progress on Level 5 autonomy. The more he makes unsustainable claims, the more people will forget how far SpaceX has come in such a short amount of time.