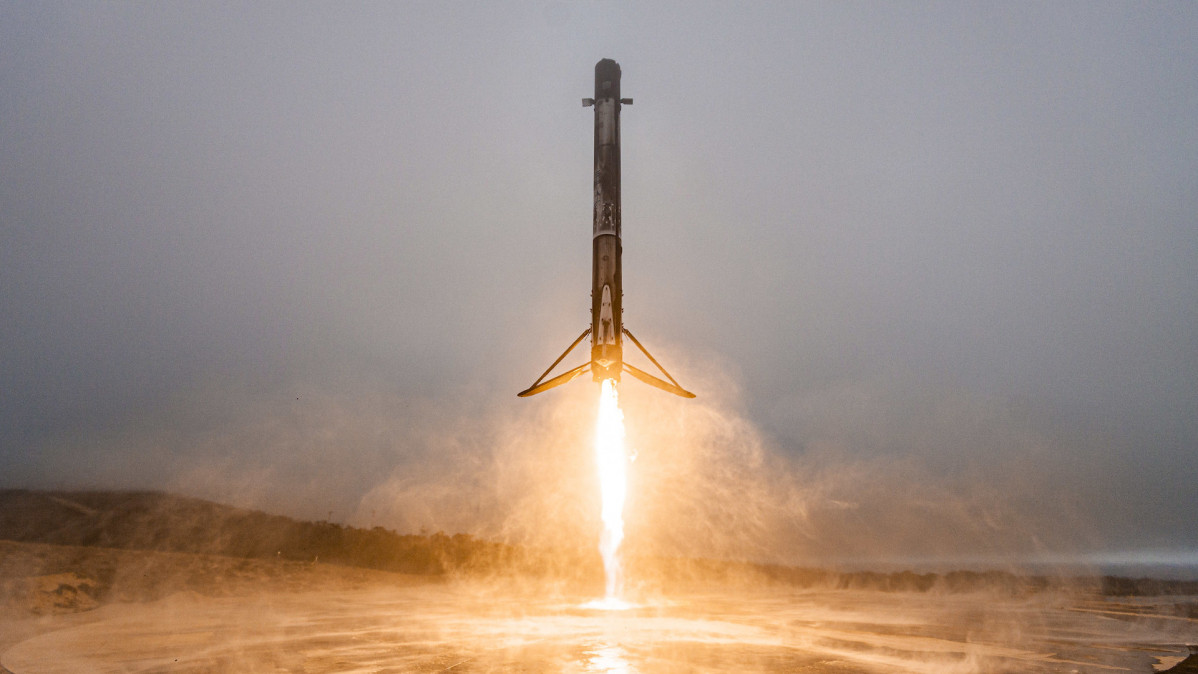 SpaceX completed a hat-trick of spaceflight missions in less than two full days, amid reports of employee dissent within the company.

The busy launch schedule will continue in the coming months, and SpaceX hopes to send its fully reusable Starship rocket into orbit later this summer.

A hat-trick of successful SpaceX launches

The first stage rocket, used for the Globalstar mission, performed a vertical landing on SpaceX droneship ‘Just Read The Instructions’ off the Florida coast roughly ten minutes after liftoff. The satellite was deployed into orbit 1 hour and 50 minutes after launch.

The Globalstar satellite launch was SpaceX’s third mission in a little more than 36 hours. On June 17, the private space firm launched 53 Starlink internet satellites from NASA’s Kennedy Space Center in Florida and, on June 18, it launched a radar satellite for the German military from Vandenberg Space Force Base in California.

It’s also worth pointing out that the Friday Starlink mission set a reusability record for SpaceX. The Falcon 9 first stage that flew the latest batch of the internet satellites into orbit launched and landed back on Earth for the 13th time.

Anyone who’s been following the news of employee dissent at SpaceX will know that this busy period — culminating in the possible launch of Starship this summer — was a focal point for company president Gwynne Shotwell when she said a recent open letter criticizing CEO Elon Musk’s behavior was a distraction from the “critical work” underway at SpaceX.

“We have 3 launches within 37 hours for critical satellites this weekend,” she wrote in a company-wide email, shared by The Verge, referring to the open letter penned by SpaceX employees. “We have to support the astronauts we delivered to the ISS and get cargo Dragon back to the flight-ready, and after receiving environmental approval early this week, we are on the cusp of the first orbital launch attempt of Starship.”

It definitely is a busy period for SpaceX. The company has performed 26 launches so far this year, with many more to come, including Starship’s orbital launch.

Though Falcon 9’s reusability has constituted a big step for the space industry, it only reuses the rocket’s first stage. SpaceX’s Starship will take spaceflight reusability to a new level as the entire launch vehicle will be able to land and be reused after launch. That’s unless we see a mutiny against Musk and his unbridled ego — the SpaceX CEO, did, after all, recently refer to Starship as a “very modern Noah’s Ark.”