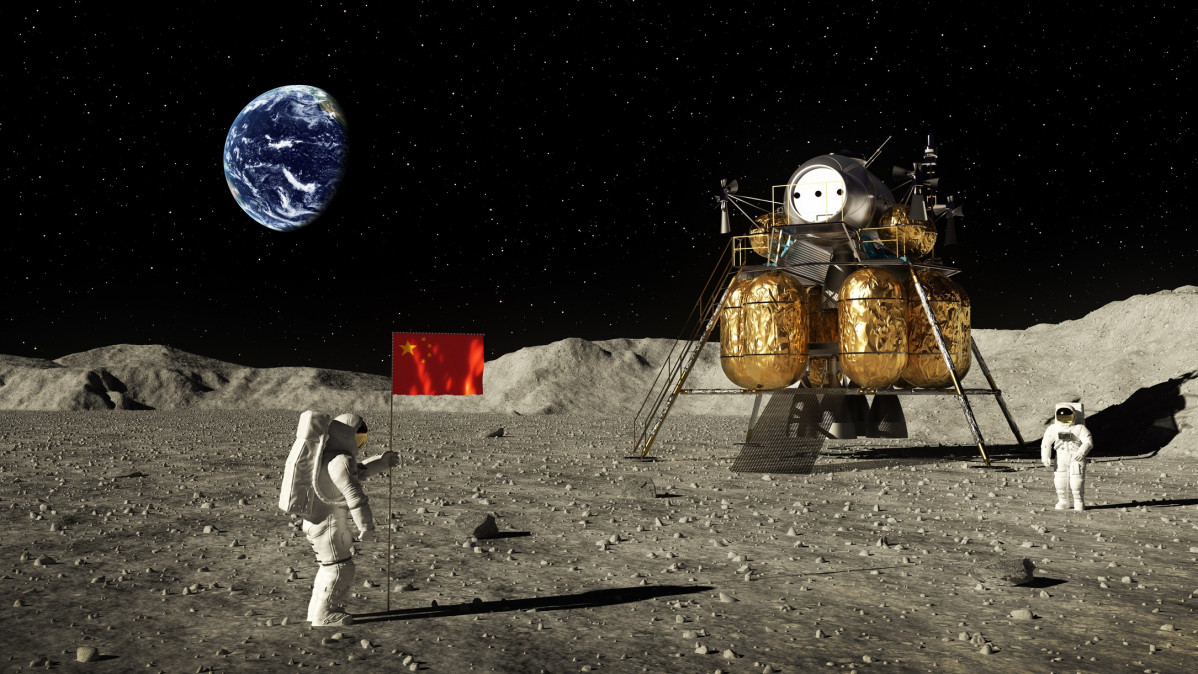 NASA Administrator Bill Nelson recently expressed concerns over China’s aims in space, and in particular, that China would, in some way, claim ownership over the Moon and stop other countries from exploring it. In an interview with a German newspaper, Nelson cautioned, “We must be very concerned that China is landing on the Moon and saying: ‘It’s ours now, and you stay out.‘” China immediately denounced the claims as a “lie.”

This spat between the administrator of NASA and Chinese government officials comes at a time when both nations are actively working on missions to the Moon – and China has not been shy about its lunar aspirations.

In 2019, China became the first country to land a spacecraft on the far side of the Moon. That same year, China and Russia announced joint plans to reach the South Pole of the Moon by 2026. And some Chinese officials and government documents have expressed intentions to build a permanent, crewed International Lunar Research Station by 2027.

There is a big difference between China – or any state for that matter – setting up a lunar base and actually “taking over” the Moon. As two scholars who study space security and China’s space program, we believe that neither China nor any other nation is likely to take over the Moon in the near future. It is not only illegal, but it is also technologically daunting – the costs of such an endeavor would be extremely high, while the potential payoffs would be uncertain.

Legally, China cannot take over the Moon because it is against current international space law. The Outer Space Treaty, adopted in 1967 and signed by 134 countries, including China, explicitly states that “Outer space, including the moon and other celestial bodies, is not subject to national appropriation by claim of sovereignty, by means of use or occupation, or by any other means” (Article II). Legal scholars have debated the exact meaning of “appropriation,” but under a literal interpretation, the treaty indicates that no country can take possession of the Moon and declare it an extension of its national aspirations and prerogatives. If China tried to do this, it would risk international condemnation and a potential international retaliatory response.

While no country can claim ownership of the Moon, Article I of the Outer Space Treaty allows any state to explore and use outer space and celestial bodies. China will not be the only visitor to the South Pole of the Moon in the near future. The U.S.-led Artemis Accords is a group of 20 countries that has plans to return humans to the Moon by 2025, which will include the establishment of a research station on the lunar surface and a supporting space station in orbit called the Gateway with a planned launch in November 2024.

Even if no country can legally claim sovereignty over the Moon, it is possible that China, or any other country, would attempt to gradually establish de facto control over strategically important areas through a strategy known as “salami slicing.” This practice involves taking small, incremental steps to achieve a big change: Individually, those steps do not warrant a strong response, but their cumulative effect adds up to significant developments and increased control. China has recently been using this strategy in the South and East China seas. Still, such a strategy takes time and can be addressed.

Controlling the Moon is difficult

With a surface area of nearly 14.6 million square miles (39 million square kilometers) – or almost five times the area of Australia – any control of the Moon would be temporary and localized.

More plausibly, China could attempt to secure control of specific lunar areas that are strategically valuable, such as lunar craters with higher concentrations of water ice. Ice on the Moon is important because it will provide water to humans that wouldn’t need to be shipped from Earth. Ice can also serve as a vital source of oxygen and hydrogen, which could be used as rocket fuel. In short, water ice is essential for ensuring the long-term sustainability and survivability of any mission to the Moon or beyond.

Securing and enforcing control of strategic lunar areas would require substantial financial investments and long-term efforts. And no country could do this without everyone noticing.

Does China have the resources and capabilities?

China is investing heavily in space. In 2021, it led in the number of orbital launches with a total of 55 compared to the U.S.’s 51. China is also in the top three in spacecraft deployment for 2021. China’s state-owned StarNet space company is planning a mega constellation of 12,992 satellites, and the country has nearly finished building the Tiangong space station.

Going to the Moon is expensive; “taking over” the Moon would be much more so. China’s space budget – an estimated US$13 billion in 2020 – is only around half that of NASA’s. Both the U.S. and China increased their space budgets in 2020, the U.S. by 5.6% and China by 17.1% compared to the previous year. But even with the increased spending, China does not seem to be investing the money needed to carry out the expensive, daring, and uncertain mission of “taking over” the Moon.

If China assumes control over some part of the Moon, it would be a risky, expensive, and extremely provocative action. China would risk further tarnishing its international image by breaking international law, and it may invite retaliation. All this for uncertain payoffs that remain to be determined.