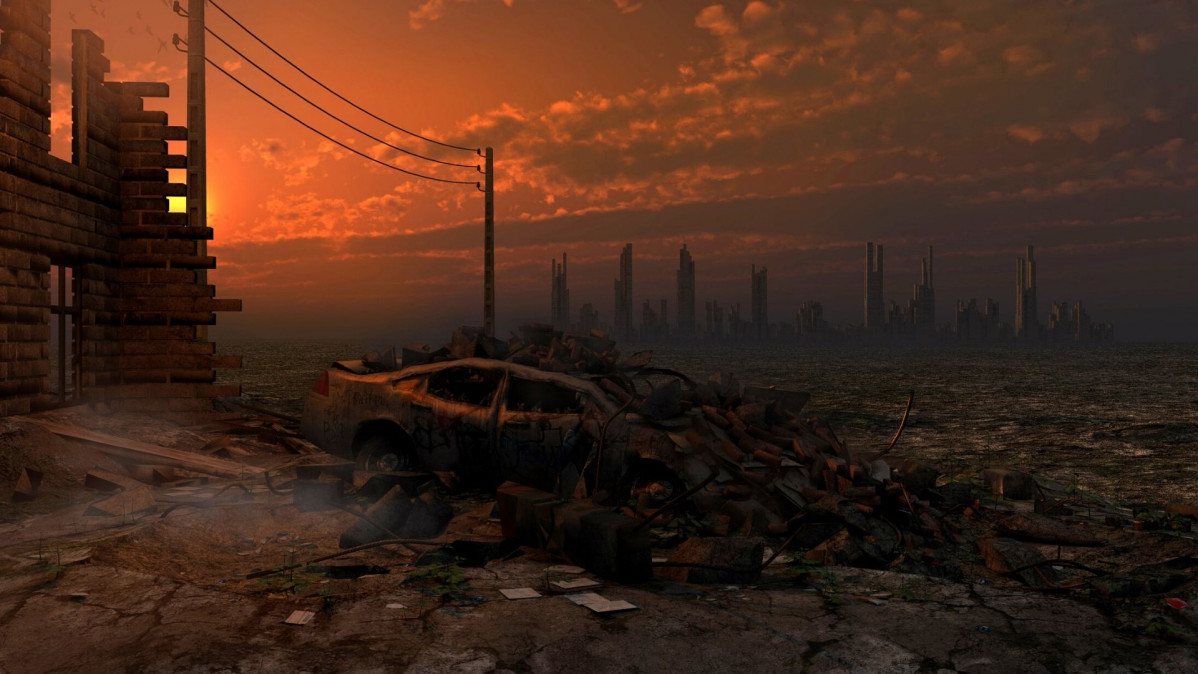 Nibiru, a supposed planet discovered by the Sumerians, was on a collision course with Earth, marking the end of the world on December 21, 2012.

The catastrophe was initially predicted for May 2003, but when nothing happened, the doomsday date was moved to December. The prediction was based on the cycles in the ancient Mayan calendar.

Clearly, the story was a hoax, but the Earth has always been subject to impacts or theories of a global catastrophe resulting from cosmic illusions, solar storms, supervolcanoes, asteroids, a nuclear war, anthropogenic climate change, or a bioengineered pandemic.

Worst-case scenarios must be considered

But, low-probability apocalyptic disasters, regardless of how far-fetched they may sound, are still considered fantasy or fiction – and less serious science.

Global catastrophes could derail civilizations and wipe out billions of people. The last enormous impact was 65 million years ago, which led to the extinction of the dinosaurs.

But, there’s been little research on the subject, Anders Sandberg, a catastrophe researcher at the University of Oxford’s Future of Humanity Institute in the United Kingdom, told Science. The last time he checked “there are more papers about dung beetle reproduction than human extinction. We might have our priorities slightly wrong.”

Now, in the event of an apocalypse, how can one save humankind?

One suggested way is establishing a safe refuge. This could take place on an island or in far-out places such as the moon or underwater – where a portion of the human population can stay alive.

Now, a new paper published in the journal Risk Analysis suggests that the Covid-19 pandemic demonstrates a refuge is a feasible concept and may not need to be geographically isolated or in an exotic location.

The authors, Seth Baum, a geographer and executive director of the Global Catastrophic Risk Institute in Washington, D.C., and Vanessa Adams, a geographer at the University of Tasmania, explored how and why China and Western Australia served as successful refuges in the first two years of the pandemic.

A case study of China and Western Australia was taken into account for the analysis. Both, are political jurisdictions that share their borders with others, yet somehow managed to keep Covid-19 infections low.

Island nations like Iceland, Australia, and New Zealand are good candidates for a refuge – explored in previous research – based on their success in keeping Covid-19 infections low in the first nine months of the pandemic. [A pandemic refuge is a place with low medical risk where a pathogen has not spread significantly.]

Geographic isolation, not a prerequisite

The new study, which covered nearly two years of the pandemic, suggests that geographic isolation is not essential for a pandemic refuge. “China is a very clear case in point,” says Baum. “It has succeeded despite having the world’s longest land border.”

But, the two jurisdictions are similar, in important ways. Both have a high degree of centralization and a high capacity for self-isolation – China via its authoritarian government, Western Australia via its social isolation, and a strong economy driven by booming mining industry.

Both the regions also have ‘strong in-group cohesion and have been highly motivated to avoid pathogen spread’. China and Western Australia have also maintained extensive trade with outside places throughout the pandemic.

“This is encouraging because it suggests that pandemic refuges can provide a high degree of economic support for outside populations during pandemics, an important element for achieving the global objective of refuges – the continuity of civilization,” says Baum.

“Pandemic refuges are a risk management policy concept worthy of serious consideration,” adds Adams, “alongside other public health measures such as vaccines and physical distancing.”