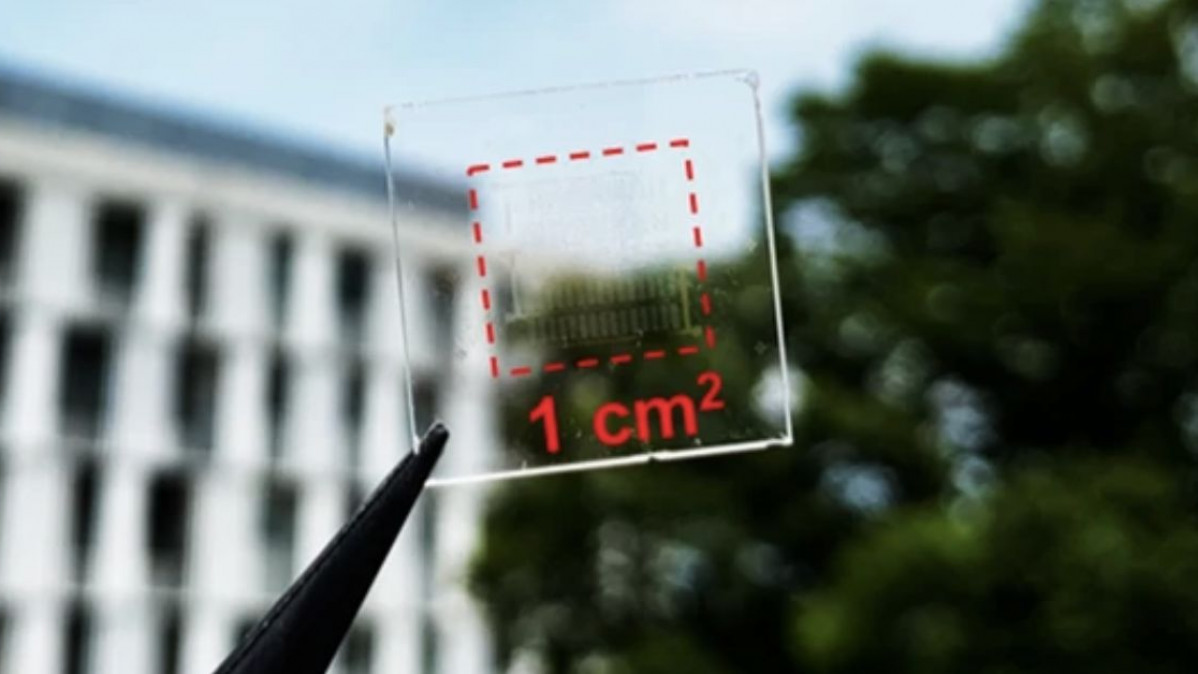 Transparent solar cells, which have the potential to convert windows, greenhouses, glass panels of smart devices, and more into energy harvesting devices, have taken another step toward becoming a reality.

A team of scientists from the Tohoku University in Japan has created a near-invisible solar cell using indium tin oxide (ITO) as a transparent electrode and tungsten disulfide (WS2) as a photoactive layer.

Remarkably, the cell has the potential to achieve a transparency of 79 percent and can help take the TMD-based near-invisible solar cells from the basics to truly industrialized stages, according to the study published in the journal Scientific Reports.

A transparency of 79 percent

But despite recent developments with perovskite and organic semiconductors, the average visible transparency of these solar cells is lower than 70 percent. Still a challenge is creating solar cells that are more transparent.

This type of PV device is known for Schottky junction solar cell. An interface put between a metal and a semiconductor provides the band required for charge separation. The suggested device and ideal band structure separate the photogenerated electron-hole pairs by a difference in the work function between one of the electrodes and the semiconductor.

WS2 is a member of the transition metal dichalcogenide (TMD) family of materials, which the scientists claim are perfect for near-invisible solar cells due to their acceptable band gaps in the visible light range and greatest absorption co-efficiency per thickness. The ITO-WS2 connection was created by sputtering ITO onto a quartz substrate and growing the WS2 monolayer using chemical vapor deposition (CVD), according to PV Magazine.

The contact barrier between WS2 and ITO was adjusted by coating various thin metals on top of ITO (Mx/ITO) and introducing a thin layer of WO3 between Mx/ITO and the monolayer WS2. As a result, the Schottky barrier height increased dramatically (up to 220 meV), potentially increasing the efficiency of charge carrier separation in this Schottky-type solar cell.

As a result, the researchers found that the power conversion efficiency of the solar cell with the optimized electrode (WO3/Mx/ITO) was more than 1,000 times greater than that of a device employing a regular ITO electrode.

The researchers calculated that a 1cm² solar cell with an extremely high value (79 percent) of average visible transmission might have its total power raised up to 420pW by repeating the experiments on this optimized unit device with the right amount of series and parallel connections.

With the aid of studies like this one, we may eventually develop transparent solar panels, which would have far-reaching ramifications. There are reportedly five to seven billion square meters of glass surfaces in the United States, from phone screens to skyscrapers. Imagine the sheer amount of electricity that could be generated if we could tap into that power.

Herein, we developed a near-invisible solar cell through a precise control of the contact barrier between an indium tin oxide (ITO) electrode and a monolayer tungsten disulfide (WS2), grown by chemical vapor deposition (CVD). The contact barrier between WS2 and ITO was controlled by coating various thin metals on top of ITO (Mx/ITO) and inserting a thin layer of WO3 between Mx/ITO and the monolayer WS2, which resulted in a drastic increase in the Schottky barrier height (up to 220 meV); this could increase the efficiency of the charge carrier separation in our Schottky-type solar cell. The power conversion efficiency (PCE) of the solar cell with the optimized electrode (WO3/Mx/ITO) was more than 1000 times that of a device using a normal ITO electrode. Large-scale fabrication of the solar cell was also investigated, which revealed that a simple size expansion with large WS2 crystals and parallel long electrodes could not improve the total power (PT) obtained from the complete device even with an increase in the device area; this can be explained by the percolation theory. This problem was addressed by reducing the aspect ratio (width/channel length) of the unit device structure to a value lower than a critical threshold. By repeating the experiments on this optimized unit device with an appropriate number of series and parallel connections, PT could be increased up to 420 pW from a 1-cm2 solar cell with a very high value (79%) of average visible transmission (AVT).