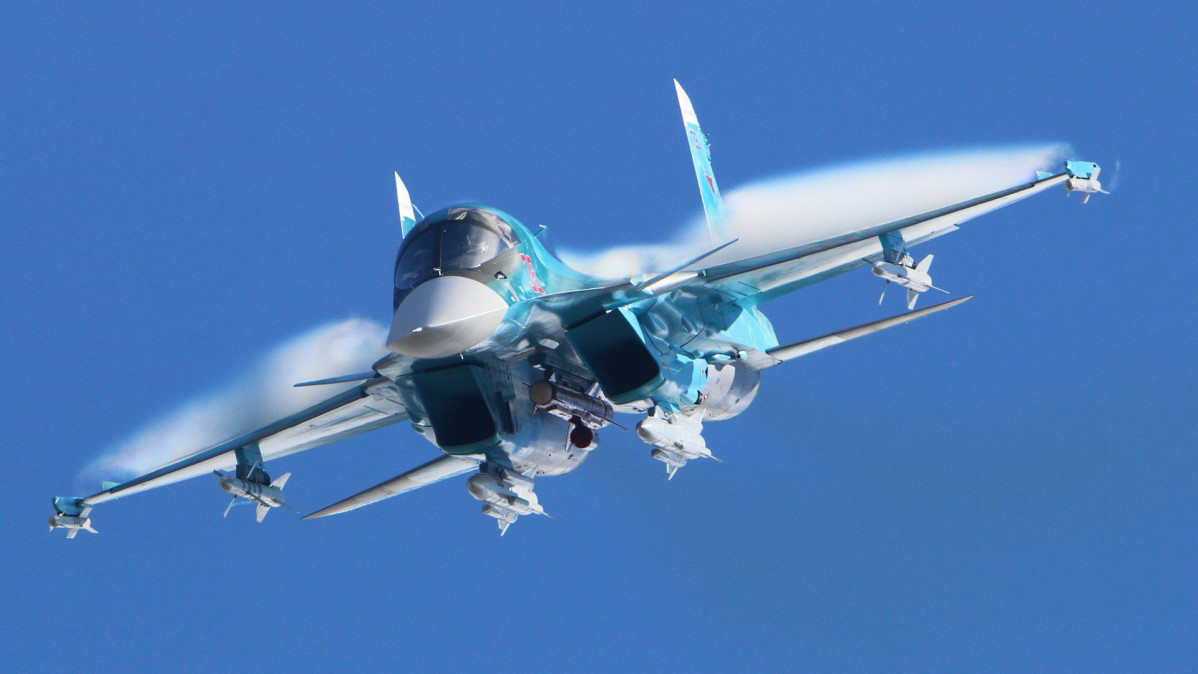 Russian air defenses seemed to have gone into overdrive and shot down their fighter jet over Ukrainian airspace, Forbes has reported. The incident reportedly occurred earlier this week and was shared by a Russian official on Telegram, without knowing which aircraft had been shot in the sky. Other users on Twitter later shared it.

When the Russian aggression began over Ukraine earlier this year, the military support provided by Western allies was helping Ukraine’s cause. Not only was Ukraine able to bring down aerial threats, but it was also able to launch its drone-based counters that were wrecking the Russian supply lines.

Earlier this month, reports suggested Ukraine was losing its advantage as Russia began consolidating its efforts in limited regions and strengthened its air defenses. What appears to be a setback for the Russian forces is that improved ability took down one of their most advanced fighter jets yet, the Su-34 M.

The Su-34M is what the Russian media refers to as a 4++generation fighter bomber, Business Insider reported. The design of the aircraft is based on the Su-27 aircraft, which was designed to compete with the F-14 Tomcat and F-15 Eagle of the U.S. military.

The Su-34 first took flight in 1990, but it took another three decades for the aircraft to come into service. Powered by the Russian AL-31FM1 engines, the Su-34 can generate a thrust of 30,000 pounds allowing the aircraft to reach a maximum speed of 1.8 Mach. A total of 12 hardpoints on the underwing and fuselage enable the aircraft to carry over 17,000 pounds of ordnance and a 30 mm cannon.

The upgraded version, Su-34M, boasts three different sensors, an electronic search measure, a camera pod, and a synthetic aperture radar that can spot targets even in bad weather.

Shot down by the friendly fire

For all its advanced features, the Su-34M fell victim to a missile from its troops. Forbes reported that this could have occurred due to a malfunction of the identification friend or foe (IFF) system that modern airplanes carry. Or just an operator error.

The aircraft’s wreckage that was found soon after the incident shows a fighter jet with the registration number RF-95890. Across the world, the Su-34 aircraft is flown only by the Russian forces, and the Su-34M was one of the 10 or maybe even fewer fighter aircraft that have been delivered to date.

Each of these advanced aircraft is expected to set Russia back by $50 million apiece, a major dent considering that Russia’s defense budget is just a tenth of what the U.S. spends every year, Business Insider said in its report.

So far, Russia has lost at least 35 fixed-wing aircraft for which photographic evidence is available. Ukraine claims the number exceeds 200.