Due to today’s national strike, Brussels Airport has decided to cancel all departing flights. A drastic measure, but the airport couldn’t guarantee the safety of the airport staffers and the many expected passengers. TUI fly Belgium quickly acted by ferrying several aircraft to the regional airports. The holiday airline is now operating more flights from the airports of Antwerp, Liège and Ostend-Bruges.

The airport near the coast his having busiest day since the 22 March 2016 attacks, when many flights were forced to divert after the bombs in Brussels and Brussels Airport.

“Since a few days, we have started working on a contingency plan with one mission: to bring all passengers to their destinations despite the national strike,” TUI fly Belgium spokesperson Florènce Bruyère said to Aviation24.be.

“Four flights will depart from Liège airport and four from Antwerp, most of the flights (twelve) will take-off from Ostend-Bruges airport, passengers were briefed and will be bussed from Brussels Airport to the regional airports,” Bruyère told, “for some passengers, it has been two-three years since their last holiday due to the pandemic, our team is working hard to give them their well-deserved holiday.”

TUI fly Belgium didn’t cancel a single flight. Due to operational reasons, however, the airline has postponed two flights until tomorrow (Tirana, Eskisehir)

The hustle and bustle today at Ostend-Bruges Airport also brings back memories of the terrible attacks at Brussels Airport, back in 22 March 2016, on which several flights were diverted to Ostend that day. Today the airport is experiencing its busiest day since the attacks. 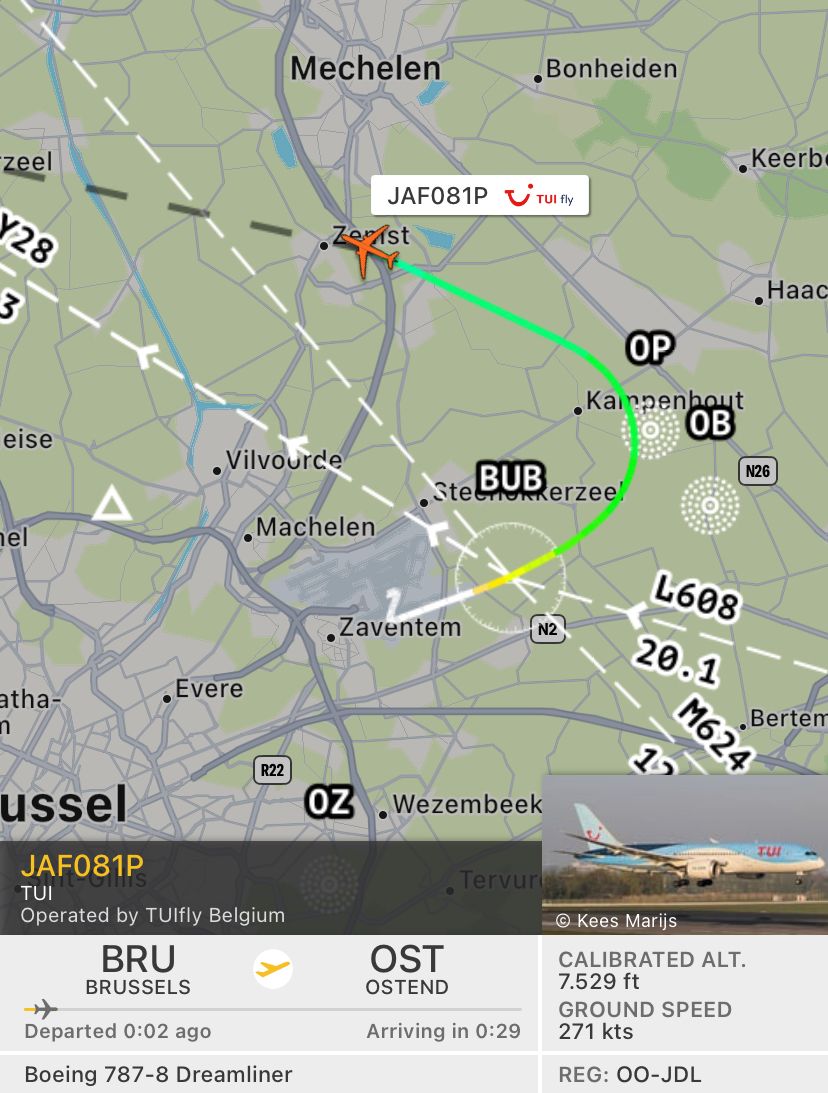