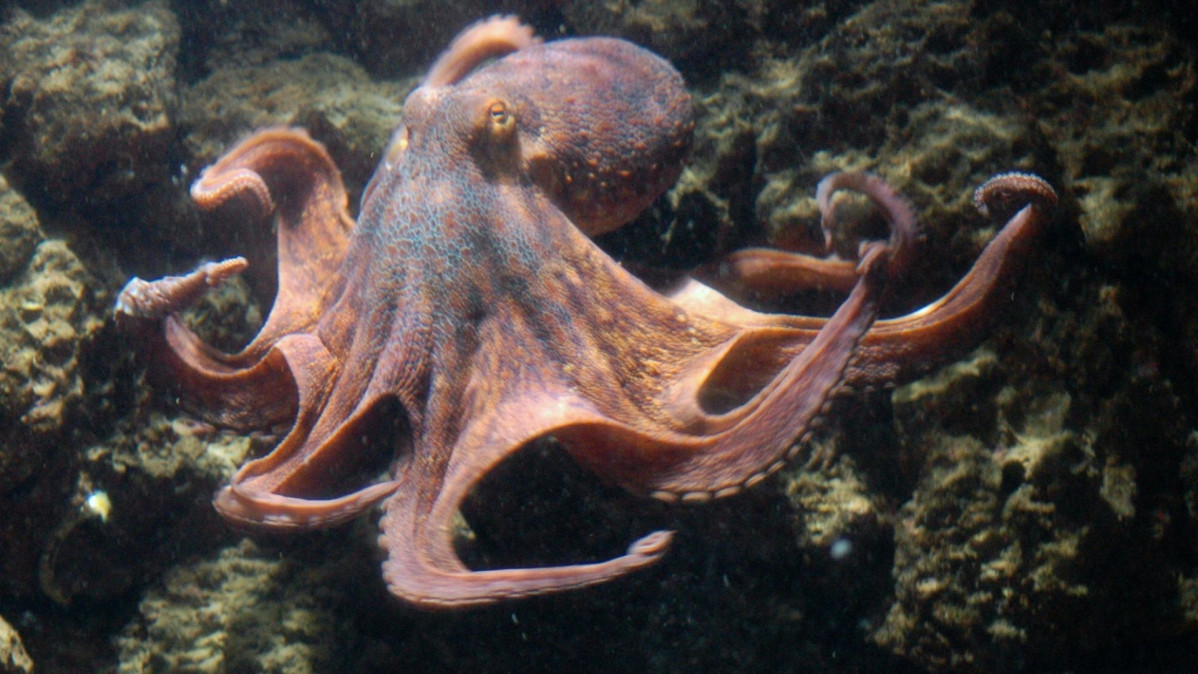 The octopus is a unique animal. Not only does it have a big brain-to-body ratio compared to most animals, but it also displays unique traits such as using its senses to obtain information, learning in social settings, processing the information, and storing it for the long term.

For its intelligence levels, the octopus is surprisingly an invertebrate, a category of animals that do not have a vertebral column and are generally considered animals of primary intellect. So, scientists have always been keen to know what confers these special abilities to the eight-legged creature.

Jumping genes and the brain

Researchers at the Scuola Internazionale Superiore di Studi Avanzati (SISSA) of Trieste and Stazione Zoologica Anton Dohrn of Naples in Italy studied octupus brains at a molecular level in an attempt to understand its cognitive abilities.

Using next-generation sequencing, the researchers found that the octopus brain has active transposons, commonly called jumping genes, that help the DNA or genetic material inside the nucleus of the cells cut or copy and paste itself in different regions of the genome.

Previous sequencing studies have shown that transposons occupy as many as 45 percent of the human genome, providing it the potential to be duplicated or shuffled. Such duplications or shufflings do not usually create visible effects on the organism and are called silent transposons. Over the years, some transposons have become inactive, as they have accumulated mutations that prevent them from jumping around while retaining the capacity to jump but are blocked by the cell’s defense systems.

There are many types of transposons in the genome, but Long Interspersed Nuclear Elements (LINEs) are active and found in vast numbers across the genome. While it was earlier believed that LINEs are vestigial, recent research has shown they are associated with cognitive abilities like learning and memory, and their active state is regulated by the hippocampus in the brain, which controls the learning processes.

The transposons in the octopus

“The discovery of an element of the LINE family, active in the brain of the two octopuses species, is very significant because it adds support to the idea that these elements have a specific function that goes beyond copy-and-paste,” said Remo Sanges of SISSA who was involved in the research.

A team of twenty researchers participated in this study and they believe that the similarities between the human brain and the octopus brain could be explained by convergent evolution. This is the name given to the phenomenon when two genetically distinct species independently develop the same molecular mechanisms as a response to their similar needs.

The researchers want to now focus on LINEs to improve our understanding of the evolution of intelligence, the report said.