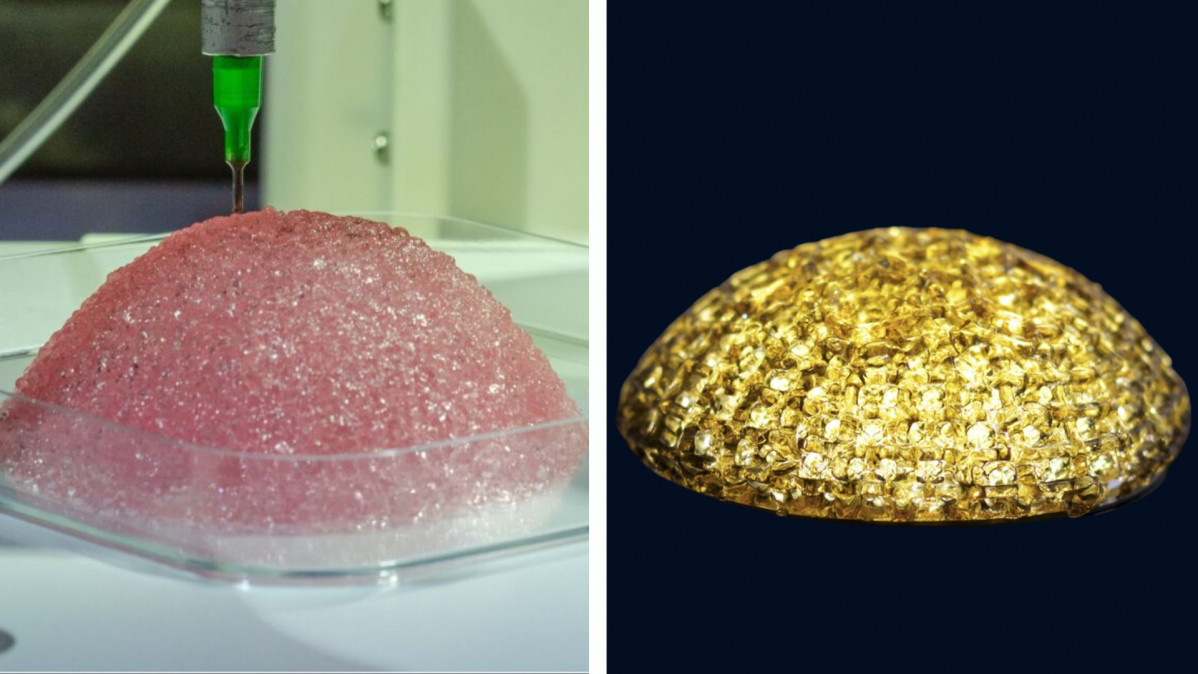 Having breast implants is nothing rare anymore. Apart from being used for aesthetical concerns, they are also preferred by breast cancer survivors.

Today, there are two main types of breast reconstruction: silicone implants and flap surgery. Even though flap surgery is more complex since it requires a tissue “flap” taken from the stomach, thigh, or back, it is known for lasting longer and giving better results. Silicone implants are the most commonly preferred option, but they have different disadvantages, such as not being capable of reaching body temperature in the cold and requiring replacement every 10 years or so.

Now, some startups have come up with novel approaches that can remove all these problems, according to a report by The Guardian. Lattice Medical and Healshape, two companies from France, and CollPlant from Israel have developed 3D-printed models in this direction and they come with multiple benefits when compared to the methods used today.

“The whole implant is fully degradable,” says Julien Payen, CEO of Lattice Medical, “so after 18 months, you don’t have any product in your body.” The first human trial of  Lattice Medical’s Mattisse implant is scheduled for the 11th of July in Georgia. On the other hand, Healshape, another startup that works on a 3D-printed implant, is also planning to start clinical trials. “We expect to start clinical trials in two years’ time,” says Sophie Brac de la Perrière, CEO of the startup.

This is good news for those who suffer from the icy feeling that comes from silicone implants in cold weather. “It’s exciting,” says Stephanie Willerth, a professor of biomedical engineering at the University of Victoria, Canada, who is not related to the firms. “As engineers, we’ve been playing with 3D printing for half a decade,” but having a clinical application that physicians see as helpful for patients is essential to spreading the technology, she adds.

In light of recent events like the PIP scandal took place in 2010s, in which a major implant manufacturer was discovered to have used dodgy silicone in its implants, and the Allergan scandal in 2018, in which popular textured implants were connected to an increased risk of a rare lymphoma, replacing silicone with a safer material could be significantly beneficial for patients. “So what we want to do is to give the benefits of the different solutions without the constraints,” says Brac de la Perrière.

Healshape aims at achieving this by using hydrogel to 3D-print a soft implant material that can be absorbed by fat cells in around six to nine months. Another company called CollPlant is also working on something similar, but it uses a special collagen bioink extracted from tobacco leaves, which are genetically engineered by the startup to produce human collagen. “I think it will change the opinion of many patients,” says CEO Yehiel Tal.

Lattice Medical, however, has a different approach. Its product is a 3D-printed cage made out of a degradable biopolymer and from underneath the breast area, it has a small flap that can grow tissue to fill the cage while the cage itself is absorbed by the body.

These new technologies may replace silicones from breast reconstruction operations if they prove to be safe and they may lead to the eradication of the constraints that come with silicones.