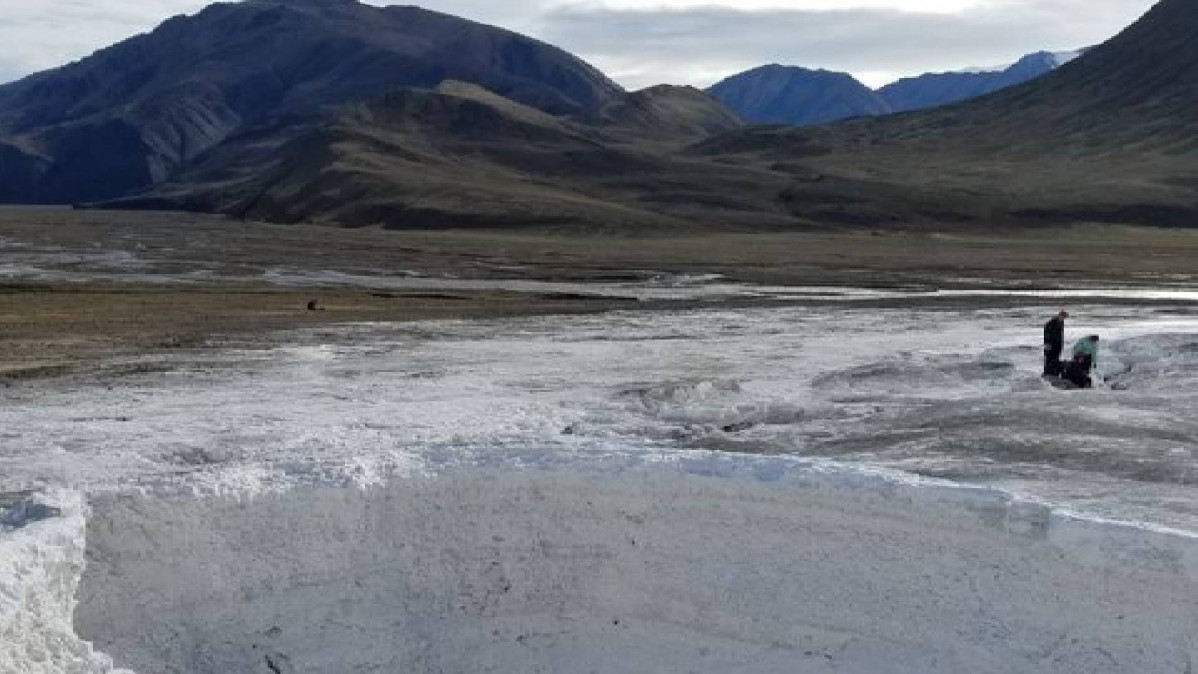 McGill researchers studied the extremely salty, very cold, and almost oxygen-free environment under the permafrost of Lost Hammer Spring in Canada’s High Arctic to search for life. Why? Because that environment is the closest to Mars’ that exists on Earth, according to a press release published by the institution this week.

Microbes not only surviving but thriving

In this new study, the scientists found that microbes managed to survive—and even thrive—indicating that there may also be life on the Red Planet. The researchers even used state-of-the-art genomic techniques to gain insight into the microbe’s metabolisms.

They found that the microorganisms can survive by eating and breathing simple inorganic compounds of a kind that have been detected on Mars, such as methane, sulfide, sulfate, carbon monoxide, and carbon dioxide.

“It took a couple of years of working with the sediment before we were able to successfully detect active microbial communities,” explained Elisse Magnuson, a Ph.D. student at McGill and the first author on the paper. “The saltiness of the environment interferes with both the extraction and the sequencing of the microbes, so when we were able to find evidence of active microbial communities, it was a very satisfying experience.”

The researchers sequenced DNA from the spring community by reconstructing the genomes of approximately 110 microorganisms, most of which have never been seen before.

“The microbes we found and described at Lost Hammer Spring are surprising, because, unlike other microorganisms, they don’t depend on organic material or oxygen to live,” added study lead Lyle Whyte of the Department of Natural Resource Sciences.

“Instead, they survive by eating and breathing simple inorganic compounds such as methane, sulfides, sulfate, carbon monoxide and carbon dioxide, all of which are found on Mars. They can also fix carbon dioxide and nitrogen gasses from the atmosphere, all of which makes them highly adapted to both surviving and thriving in very extreme environments on Earth and beyond.”

Lost Hammer Spring, in Nunavut in Canada’s High Arctic, is one of the coldest and saltiest terrestrial springs ever discovered. The water is extremely salty (~24% salinity), perennially at sub-zero temperatures (~−5 °C), and contains almost no oxygen (<1ppm dissolved oxygen).

These types of conditions have also been found in certain areas on Mars, where widespread salt deposits and possible cold salt springs have been observed. Past studies have also found evidence of microbes in this kind of Mars-like environment. However, the McGill study is one of a very few to find microbes alive and active.

The research was published in Nature magazine.