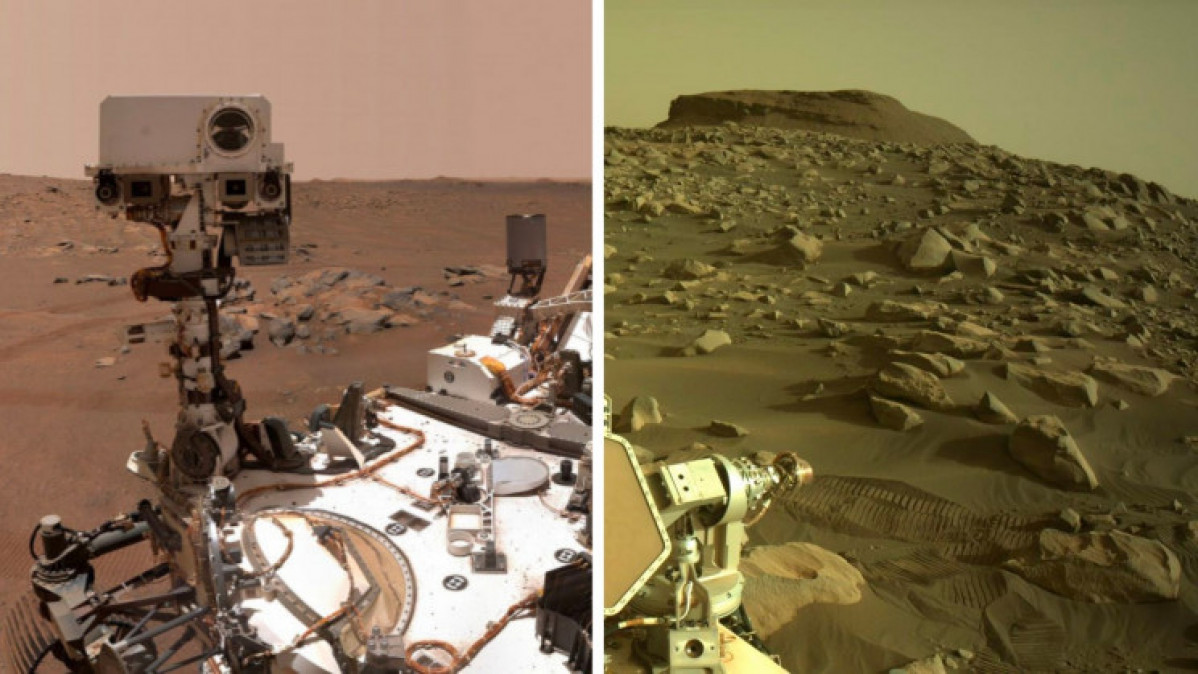 NASA’s Mars Sample Return Mission aims to bring back 30 samples of Martian soil, rock, and atmospheric gas, collected by its Perseverance rover, at some point in the 2030s.

The Philadelphia Inquirer recently reached out to NASA’s Jet Propulsion Laboratory with some of the public’s most burning questions, and Mars Sample Return scientists Michael Meyer and Lindsay Hays responded.

The main objective for NASA’s Perseverance mission is to not only find out more about the Red Planet’s composition, but also to look for signs of ancient microbial life. China’s space agency is working hard to beat them to it, though it will collect a smaller sample set than the Perseverance mission.

Will NASA’s Mars samples be safe on Earth?

The Inquirer’s readers asked some interesting questions, including whether NASA has assigned a probability for the likelihood we will find signs of life on Mars.

“Mars has been shown to be inhospitable, and that has changed our view of the potential of forward contamination (how likely is it that we would contaminate Mars),” the NASA scientists replied. “And yes, in our mind, the extreme environment of Mars does decrease the odds that there is life on the surface of Mars.”

“The fact that Mars meteorites are landing on Earth all the time does suggest that we have little to worry about,” they continued. “However, we don’t know for sure and so will take all precautions and keep Mars material contained until we show that they are safe.”

Meyer and Hays also explained that the samples collected by Perseverance will be stored in a biosafe facility until the 2030s, where they will be stored, sorted and selected for eventual transportation back to Earth.

Asked about the safety of returning Mars samples back to our planet, the NASA scientists said they “are treating the samples with the utmost care — as if they were not safe — until we can prove that they are.”

Why can’t Mars samples be analyzed on the ISS?

The scientists also addressed the fact that samples can’t be sterilized before being returned to Earth as this would mean “a significant portion of the science would be lost”. An example of this, they wrote, “would be destruction of organic compounds that may be potential biosignatures, which is one of the major reasons for returning samples.”

Furthermore, it would not be possible to analyze the samples on the International Space Station (ISS), as it doesn’t contain the required instruments for such an operation, and the challenges of extracting samples in space might hinder the science.

NASA’s Mars Perseverance rover is pushing the boundaries of space exploration and analysis. Aside from collecting samples on the Red Planet, the mission has also performed a number of historic firsts, including extracting breathable oxygen on Mars with an experimental instrument called MOXIE, and the first controlled flight of a helicopter on another planet. The Perseverance rover also recently reached its main mission target, an ancient delta feature known as “Hawksbill Gap”. All of this work, of course, is a precursor to NASA’s eventual aim to take humans to the Red Planet at some point in the 2030s or 2040s.