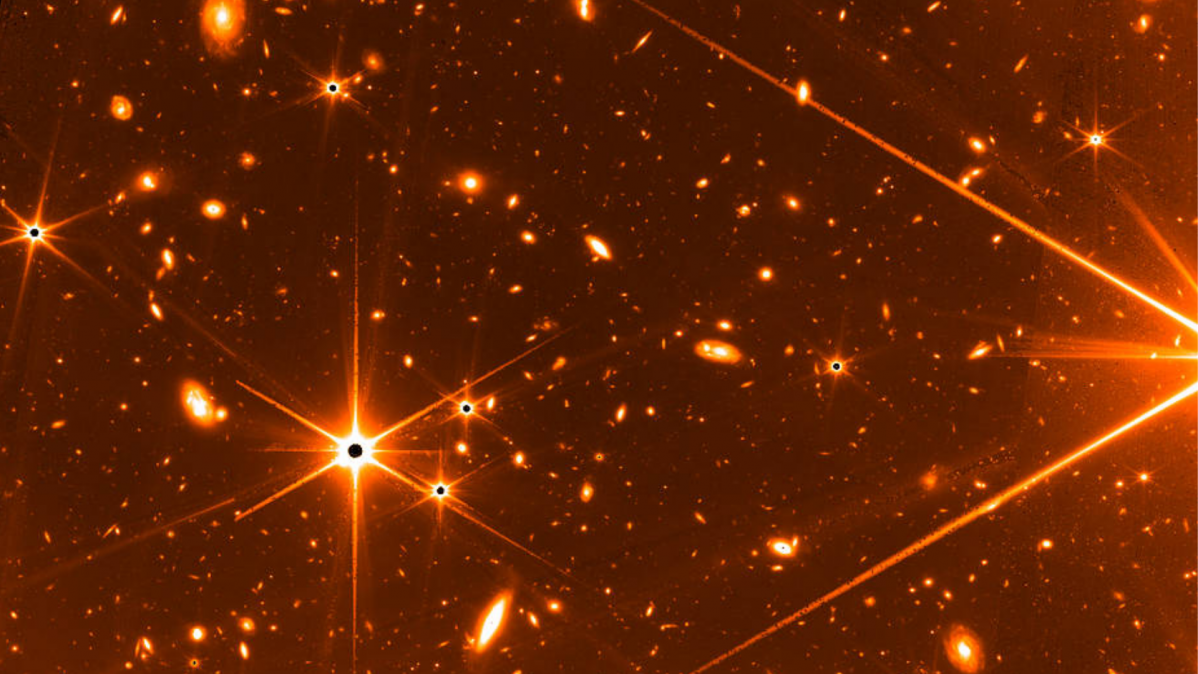 While the world waits patiently for NASA to release the first images from the James Webb Space Telescope, the space agency has released a ‘teaser’ picture to showcase what the instrument is capable of.

Earlier this year, the telescope reached the L2 point, and over the next six months, it has been busy putting its mirrors in place and testing if all instruments are working as per their mission requirements. Last month, we reported that the Webb Space Telescope has begun collecting ‘scientific data’ and astronomers and space enthusiasts eager to know what new information the telescope will bring.

NASA set the 12th of July as the date it will release the first scientific-quality images from the telescope, and five days before this date, it released an image to provide a glimpse of what we can expect in the future. Interestingly, the image released is not even from an instrument that is supposed to do imagery on the telescope.

Which instrument captured this image?

According to NASA’s release, the image was captured by the Fine Guidance Sensor (FGS), which has been developed by the Canadian Space Agency to help the space telescope find and lock into targets.

The FGS simply uses images to determine where it has to point, and then it deletes them. However, since the Webb Space Telescope was still in a testing phase, scientists realized that they could use the limited data bandwidth to download these images as well.

So, in mid-May, when the Webb Space Telescope was doing a thermal stability test, this image captured by the FGS to check how well the telescope stayed locked onto a target was captured and retained. It isn’t a single image but the result of 72 exposures taken over a period of 32 hours over eight days, the press release said.

What do you see in this image?

The image released by NASA has not been optimized for scientific observation and is rather “rough-around-the-edges,” the space agency said. The monochromatic image above is shown in false color with white-yellow-orange-red representing the progression from the brightest to the dimmest.

Bright stars stand out in this image with six long diffraction spikes, seen as a result of the six-sided mirror segments on the Webb Space Telescope. The star in the center of the image is HD147980, while the brighter star at the right-hand edge of the image is 2MASS 16235798+2826079.

The rest of the objects seen in the image are thousands of galaxies, some in nearby universes while others in the high redshift universe since the universe is expanding. “(The) faintest blobs in this image are exactly the types of faint galaxies that Webb will study in its first year of science operations,” said Jane Rigby, Webb’s operations scientist at NASA’s Goddard Space Flight Center, Phys.org reported.

Webb’s infrared capabilities allow it to peer way back in time to the Big Bang that happened 13.8 billion years ago. NASA administrator Bill Nelson said of the telescope last week, “It’s going to explore objects in the solar system and atmospheres of exoplanets orbiting other stars, giving us clues as to whether potentially their atmospheres are similar to our own.”

While that will happen in the weeks, months, and years to come, what you have witnessed in the image today is the “deepest images of the universe ever taken,” NASA said in the press release.

Let that sink in.