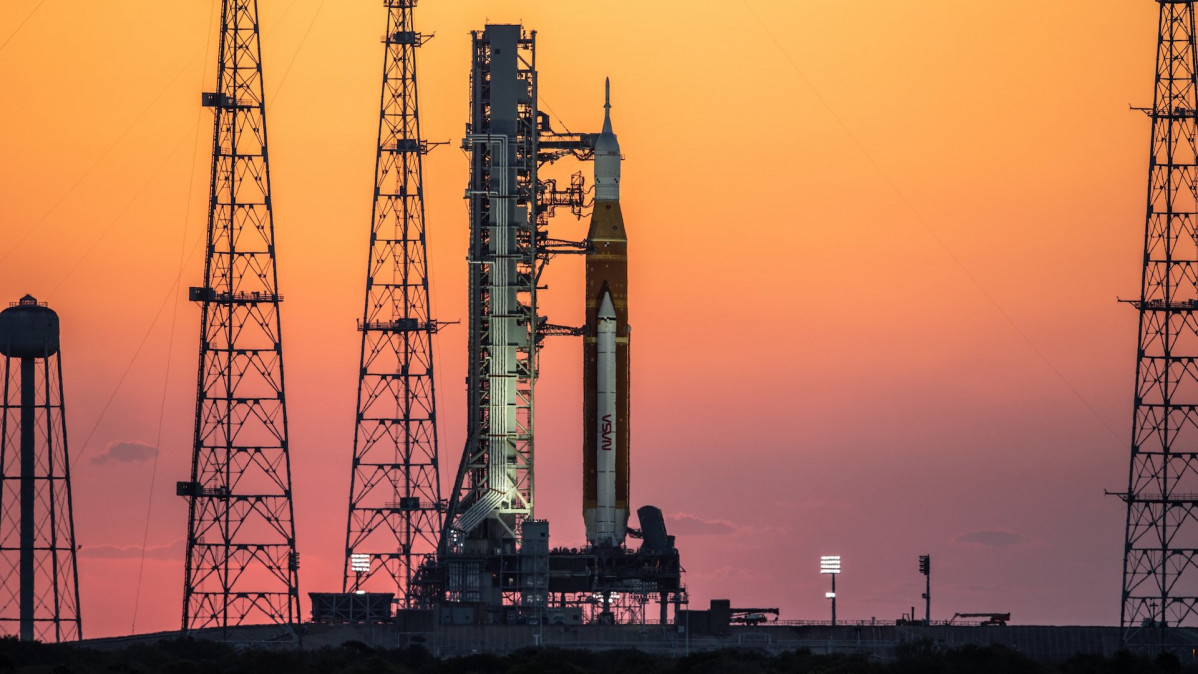 The completion of the preflight test on Monday, June 20, paves the way for the launch of the space agency’s Artemis I mission, which will launch an uncrewed Orion spacecraft atop SLS to make a trip around the moon.

The wet dress rehearsal saw NASA officials fuel up the SLS rocket and perform a simulated countdown that stopped just before liftoff.

NASA will now prepare for the launch of Artemis I

The completion of NASA’s wet dress rehearsal means the space agency can now focus on launch preparations for Artemis I.

Still, not everything went smoothly during the pre-launch test, as NASA’s team noticed a hydrogen leak during the fueling process. NASA said that issue would likely have prevented the launch from taking place during an actual countdown. However, they didn’t feel the issue should prevent progress on their rehearsal.

“It’s a great day for our team,” Charlie Blackwell-Thompson, Artemis launch director with the Exploration Ground Systems Program at NASA’s Kennedy Space Center (KSC) in Florida, said during a webcast following the wet dress rehearsal, according to Space.com. “Really proud of them working through the loading operations and working through terminal count.”

The issues with the hydrogen leak meant that the wet dress rehearsal was completed roughly 3 hours later than expected, and the simulated countdown finished at T-29 seconds before liftoff instead of T-9 seconds as had been planned. In its statement, NASA said launch controllers “developed a plan to mask data associated with the leak that would trigger a hold by the ground launch sequencer, or launch computer, in a real launch day scenario, to allow them to get as far into the countdown as possible.”

Despite the issues, SLS will now be sent back to the Vehicle Assembly Building (VAB) from Launch Pad 39B for analysis after successfully completing the pre-launch tests.

For the Artemis I mission, the SLS rocket will launch an uncrewed Orion spacecraft on a roughly month-long trip around the moon and back to Earth. Artemis II will carry out the same journey with astronauts aboard, while Artemis III will see a crew of astronauts land on the moon again for the first time since 1972. Artemis I mission, currently scheduled for 2025, will use a SpaceX Starship instead of an SLS.

NASA’s Artemis missions are part of the space agency’s goal of establishing and maintaining a permanent presence on the moon — something it sees as an essential stepping stone towards its other goal of sending humans to Mars.

NASA officials recently announced that SLS could fly in August, though that launch date depended on the successful completion of the wet dress rehearsal. This wasn’t a certainty by any means, as three rehearsal attempts were postponed due to technical issues, with one of them ending with SLS being slowly wheeled back to the VAB.

Now that the rehearsal has been completed, space enthusiasts are likely in for a fascinating summer of historic launches. SpaceX has also recently received clearance from the FAA to launch its fully reusable Mars-bound Starship rocket into orbit for the first time. The earliest of several possible launch windows outlined by NASA for the launch of SLS would take place between July 26 and August 10.