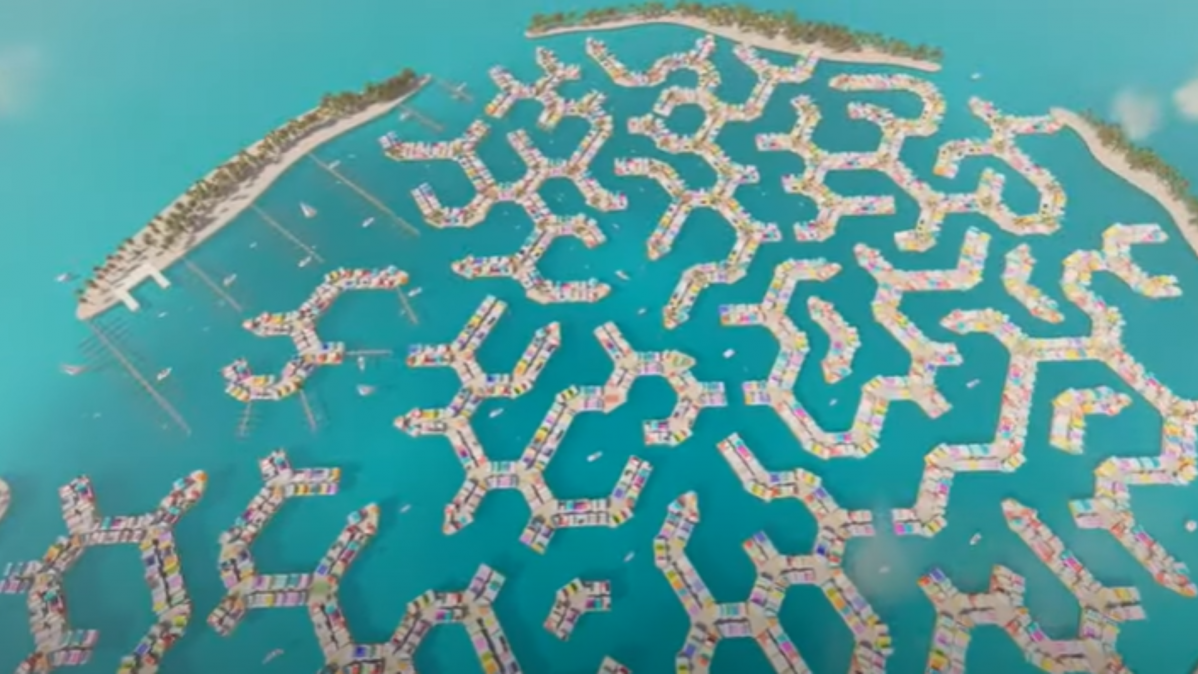 The Maldives Floating City (MFC) is an ambitious but need-of-the-hour project to build a floating city to counter rising sea levels. After being in under planning for more than a decade, the city has finally begun to take shape, CNN reported.

The archipelagic country of Maldives consists of 1,190 islands of which 80 percent are barely one meter above sea level. The country is at severe risk of being completely submerged under water at the end of this century — when sea levels are estimated to rise by a meter.

To evade this fate, the government of the Maldives has teamed up with architect Koen Olthuis, the founder of WaterStudio, a firm that specializes in building on water. The firm has designed over 300 floating structures around the world that are now functioning as homes, offices, schools, and even healthcare centers.

Olthuis’ concept of a floating city is not just a bunch of units put together but a floating complex with schools, hospitals, stores, public spaces, as well as a natural cooling system along with an onsite sewage treatment facility.

How is the Maldives Floating City being built?

Speaking to CNN, Olthuis said environmental concerns of building the ambitious city were extensively studied before the construction began and efforts were being made to support marine life below the city. This includes connecting artificial coral banks to the city’s underside that will help coral grow naturally in the future.

The units that will make up the city are being constructed at a local shipyard from where they will be towed into their planned position. Once there, each unit is connected to a large concrete hull, which is screwed to the seabed on telescopic steel hilts that help the structure float with the waves.

All units will be arranged in hexagonal maze rows, giving the lagoon city a coral-like look. Speaking of coral, reefs that surround the city will act as natural wave breakers and will stabilize the structure, helping inhabitants not feel seasick while on the city.

The city is aimed to be self-sufficient with power generated largely onsite using solar panels, while the waste generated will be treated onsite and then repurposed as manure for plants. Instead of banking on conventional air conditioning, the city will pump deep seawater into the lagoon to cool the city.

When will the houses be ready?

The construction of the floating city began this year with the first units to be unveiled later this month. Residents will be able to move in as early as 2024, while the entire construction is planned to be completed by 2027.

MFC is not the first concept of a floating city. Another floating city is planned near Busan in South Korea, as well as one in the Baltic sea by a private company. Nevertheless, the scale and timeframe of MFC are unprecedented, CNN said in its report.

The city is located just a 10-minute boat ride away from the capital city of Male with houses expected to be priced between $150,000 – $250,000, which is comparable to those on a manmade island built nearby.

The city will be able to house up to 20,000 people. With a population of half a million, the country will need to rapidly scale MFC to keep its people floating in the future.