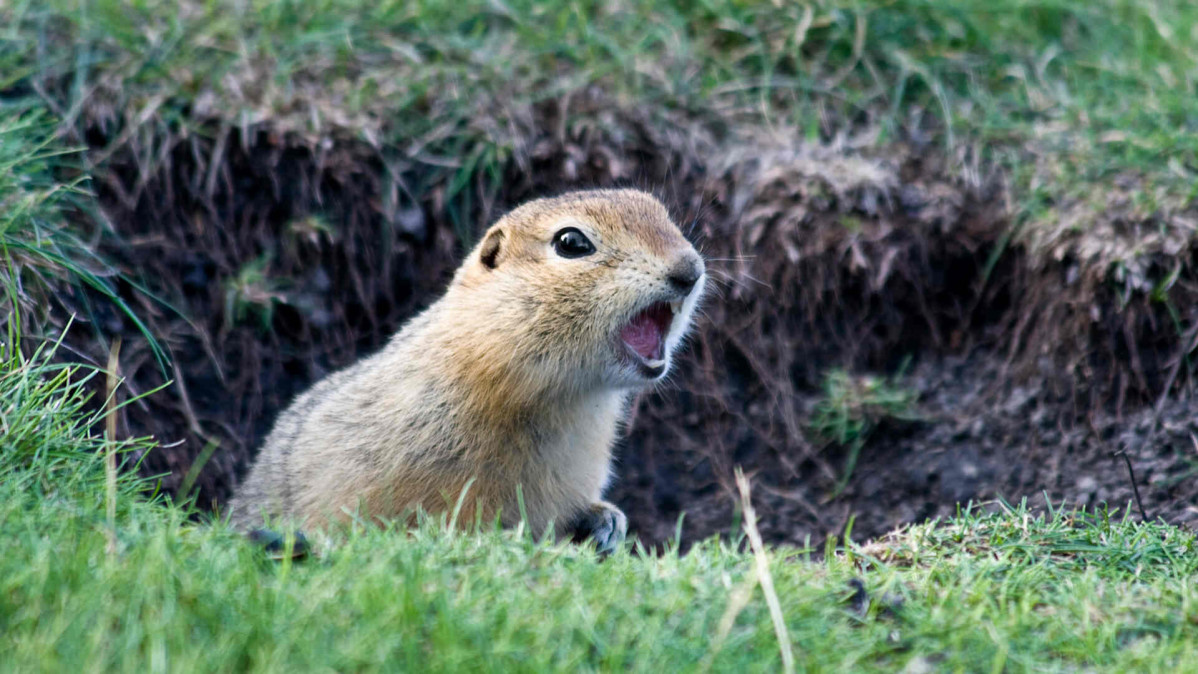 A pocket gopher, a small burrowing rodent known as a pest, wakes up every morning and readies itself.

You read it right. In a paper published in the journal Current Biology on Monday, researchers argue that perhaps the southeastern pocket gopher could be considered a farmer. The rodents tend to fields of subterranean roots they harvest for food.

They dig long tunnels underground that promote plant growth and allow for easy root nibbling. This discovery makes the gopher the only mammal — other than humans — known to farm for a living. This makes them our closest agricultural relatives.

“Because they provide and cultivate this optimal environment for growth — that’s what we think makes them farmers,” Veronica Selden, who earned her bachelor’s degree in May at the University of Florida and led the research, told the New York Times.

Francis E. Putz, a biologist at the University of Florida and a co-author of the paper, said that farming is known among species of ants, beetles, and termites, “but not other mammals.”

The brown rodents primarily feed on roots, stems, and some aboveground weeds and grasses. They live solitary lives in underground tunnel networks, going above the ground only to forage and mate occasionally. And they spend a lot of energy digging these tunnels.

Selden and Putz were curious why the gophers did it. And so, they went to Flamingo Hammock land trust to study the southeastern pocket gopher.

Trenches were dug around three tunnel sections at a time and metal oil barrels were placed in each trench, keeping gophers out. Using a “borescope” camera, the researchers photographed the blocked-off tunnel sections and the ones used regularly by the rodents. While roots of aboveground grasses filled all block tunnel sections, they stayed short in occupied sections.

Putz and Selden concluded the gophers were “cropping” the roots.

But, is it really farming?

“It really depends on how ‘farming’ is defined,” Putz said in a press release. “If farming requires that crops be planted, then gophers don’t qualify. But this seems like a far too narrow definition for anyone with a more horticultural perspective in which crops are carefully managed—such as fruit trees in forests—but not necessarily planted. With this perspective, the origins of agriculture included Mesopotamian annual cereal and pulse crop cultivation as well as maize cultivation in the Americas, but many cultures around the world developed agriculture based on perennial crops, many of which they didn’t plant but did tend.”

According to Selden and Putz, these pocket gophers not only eat roots that happen to grow in the paths of new tunnels they excavate but also spread their waste as fertilizer, thus providing conditions that favor root growth. So, the authors state that the gophers have “stumbled” upon a food production system that ultimately qualifies as farming.

The researchers calculated that these roots supply 20 to 60 percent of the gophers’ “need for daily calories,” thus keeping up with the high energy demands of their burrowing lifestyle.

“Pocket gophers are great examples of ecosystem engineers that turn over soil thereby aerating it and bringing nutrients back to the surface,” said Putz. “They eat only roots, some of which they grow themselves, and seldom interfere with human activities.”

Abstract: Pocket gophers (Geomys spp.) are solitary, root-eating fossorial rodents native to North and Central American grasslands and are presumed to acquire most of their food through the excavation of tunnels maintained as part of tunnel systems up to 160 m long. Given that burrowing is 360–3,400 times more energetically costly than surface walking, pocket gophers have high energy requirements. Roots are scarce at the depths of their tunnels in the sandy soil of our study site (20–64 cm), but here we describe a novel food source for southeastern pocket gophers (Geomys pinetis, hereafter gophers): roots that grow into their tunnels. These roots could supply an average of 21% but up to 62% of their daily basal energetic needs.