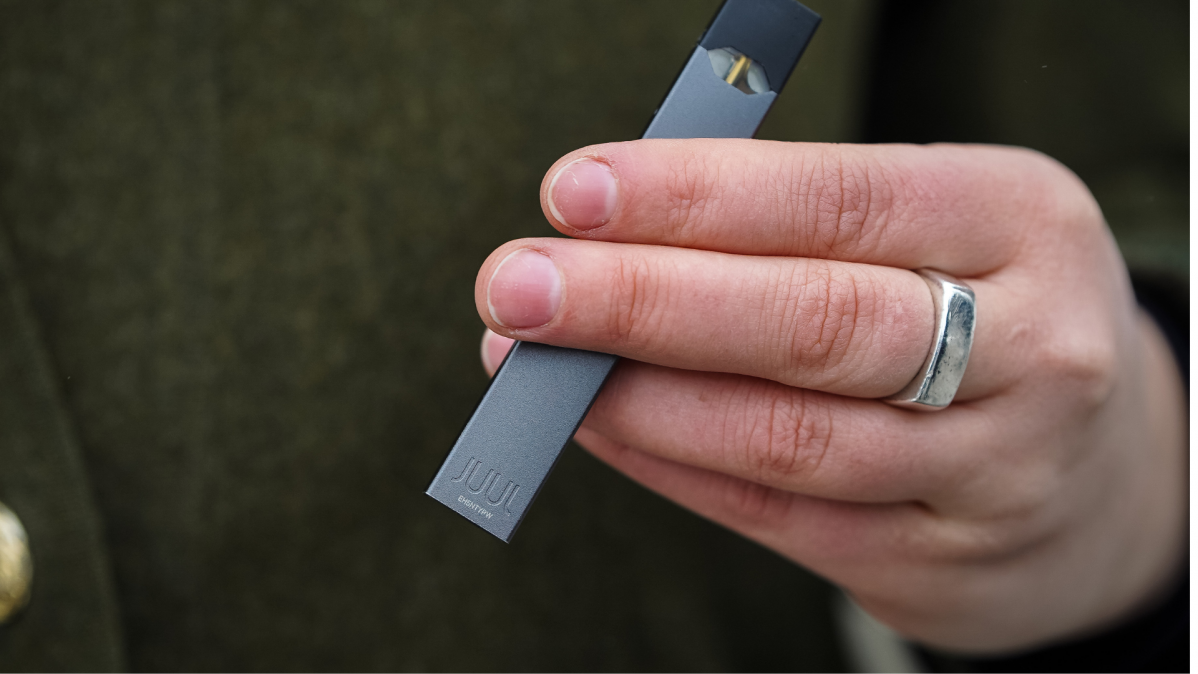 The U.S. Food and Drug Administration has issued marketing denial orders (MDOs) to Juul, the largest brand in the vaping industry, the agency said in a press release. The company can no longer sell or distribute its products in the U.S.

Established in 2015, Juul Labs Inc. grew rapidly to control 75 percent of the e-cigarette market in the U.S. in just about three years, The Guardian reported. An e-cigarette is aimed as an alternative for tobacco smokers, as it can deliver nicotine contained in liquid cartridges or pods by vaporizing it.

Makers of e-cigarettes argue that their devices prevent the harmful effect of smoking tobacco while helping those who are addicted to nicotine. However, since their arrival on the market, e-cigarettes have been hugely popular amongst teens, with a 2019 federal survey finding that one in four high school students in the U.S. had used an e-cigarette in the previous 30 days.

Parents, anti-tobacco advocates, and politicians have been calling for a ban on these products, and the FDA has now come down heavily on Juul, the most popular e-cigarette brand.

Why did FDA ban Juul sales?

Juul and other e-cigarette makers were asked to submit a Premarket Tobacco Product Application (PMTA) to the FDA that contains scientific data to demonstrate that the product is necessary to protect public health.

Prior to this, Juul had already withdrawn fruit-flavored cartridges from the U.S. market since they were popular with teen users, CNBC reported. The company’s PMTA included only tobacco and menthol-flavored products, but the FDA found that the toxicological profile of the products did not demonstrate they protected public health.

In the press release, the FDA detailed that the company’s liquid pods contained “potentially harmful chemicals” that could leach, and the company had provided “insufficient and conflicting data” in this regard to the FDA, preventing the agency from completing a full toxicological risk assessment of the company’s products.

The FDA also said that it hadn’t received clinical information on the hazards of using the company’s products and without the data to determine relevant health risks, was issuing the MDOs.

According to CNBC, the FDA has received over 6.5 million PMTA from 500 companies in this space. The agency has also rejected over one million applications for flavored products, with Juul being a recent addition to the list. The U.S. government has also proposed a rule to establish a maximum nicotine level in products with an aim to make them less addictive, The Guardian said in its report.

What does the FDA order mean for Juul and Juul users?

The MDO requires Juul to stop selling and distributing its primary device, the e-cigarette, as well as four products, viz., the Virginia tobacco flavored pods, and the menthol-flavored pods, which include pods with nicotine concentrations of three percent and five percent each.

Following the order, Juul must now remove these products from the U.S market or face enforcement by the FDA. The company cannot commercially distribute, import, or carry out retail sales of these products, and retailers have been asked to contact Juul to determine the fate of their Juul product inventory.

This does not impact Juul products that users may already have for their individual consumption, the FDA said in the press release. They added that there are 23 electronic nicotine delivery systems (ENDS) that it has approved that users could switch to if required.