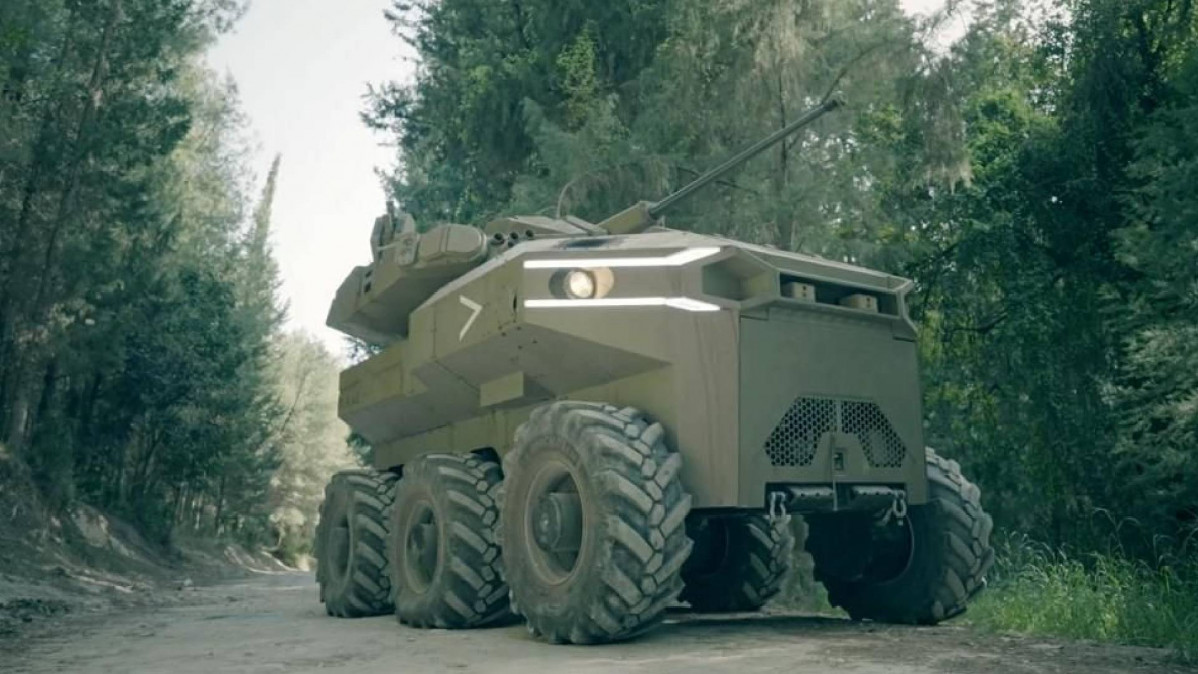 In April of 2022, Israel’s Ministry of Defense had tested its new laser-based missile defense system called Iron Beam, and now, the Ministry announced it would begin testing a new robotic unmanned combat vehicle on Monday that is under development with several Israeli arms firms, reported the Times of Israel.

The vehicle is called the Medium Robotic Combat Vehicle (M-RCV).

“The M-RCV’s capabilities include a highly autonomous solution for forward reconnaissance, and controlled lethality in all-terrain conditions,” the ministry said in a statement. “It is operational during the day and night in all-weather scenarios, while emphasizing operational effectiveness, simplicity, minimum operator intervention, and integration into heterogeneous unmanned arrays.”

The weapon was unveiled for the first time at the Eurosatory defense expo being held in Paris and it integrates several “cutting-edge technologies.” It features an anti-tank missile launcher, a system for transporting and receiving drones, the ability to carry heavy loads, and advanced maneuvering capabilities.

Many companies cooperated to build the new weapon. The robotics platform was the work of BL Advanced Ground Support Systems; a 30-millimeter machine gun turret was engineered by the ministry’s Tank and APC Directorate which falls under the purview of the ministry’s Directorate of Defense Research and Development.

Furthermore, an active defense system was developed by Elbit Systems; and the missile launcher which can launch Rafael Advanced Defense Systems’ “Spike” anti-tank missiles was developed by the Israel Aerospace Industries.

“The system was developed as part of the autonomous battlefield concept led in the DDR&D in collaboration with the Tank and APC Directorate while implementing an open architecture for integrating future capabilities and integrating the robot alongside other tools and capabilities,” further said the ministry.

A video that showcases the M-RCV’s many capabilities

A video from the ministry shows the M-RCV driving through a variety of fields and on dirt roads, as well as using its gun with automatic target recognition. The clip also showcases the new weapon launching a UAV using a robotic arm and incorporating autonomous driving with artificial intelligence and scene-matching technology for route planning.

The BL platform on which the M-RCV is based is an “ongoing development project, for an unmanned ground vehicle. The BLR offers extreme ground mobility, coupled with ‘drive by wire’ technology, giving mission control the ability to control the vehicle in a loose control circuit,” according to the ministry.

Israel has used semi-autonomous robots before particularly on the Gaza border. In June of 2021, the nation deployed a new robot semi-autonomous machine equipped with 7.62-millimeter machine guns. that can operate “24 hours a day, 7 days a week.”