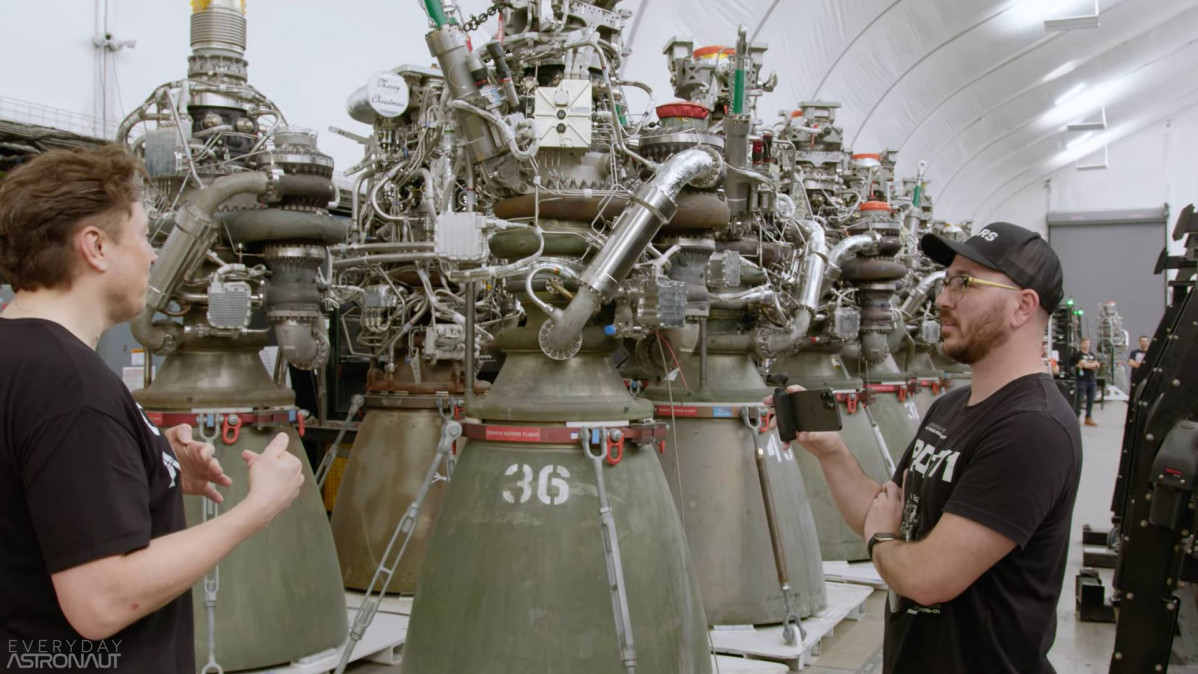 The video takes us deep into SpaceX territory.

Six days ago, SpaceX took to Twitter to showcase photos demonstrating that it has nearly finished installing the 39 upgraded Raptor engines it requires to take its fully reusable Starship rocket to orbit for the first time.

The engines are designed and developed to be fitted onto a new Starship prototype called Ship 24 and a Super Heavy booster named Booster 7. If upcoming tests are successful, they will launch simultaneously into orbit sometime this summer.

It’s an exciting time for the aircraft manufacturer, one that YouTuber Everyday Astronaut captured in a recent video published on Saturday that shows SpaceX CEO and Chief Engineer Elon Musk explaining how the Raptor engines work.

The clip takes us deep into SpaceX territory, which is probably the best way to demonstrate the functioning and engineering behind the powerful engines. Back in December of 2021, Musk also shared a video of the steering behind the Raptor engine that made headlines.

Will this new video prove as popular as Musk’s version? What is the secret behind the development of these unique engines? How do they compare to other space engines, and what makes them ideal for space travel? This video answers all these questions and more.