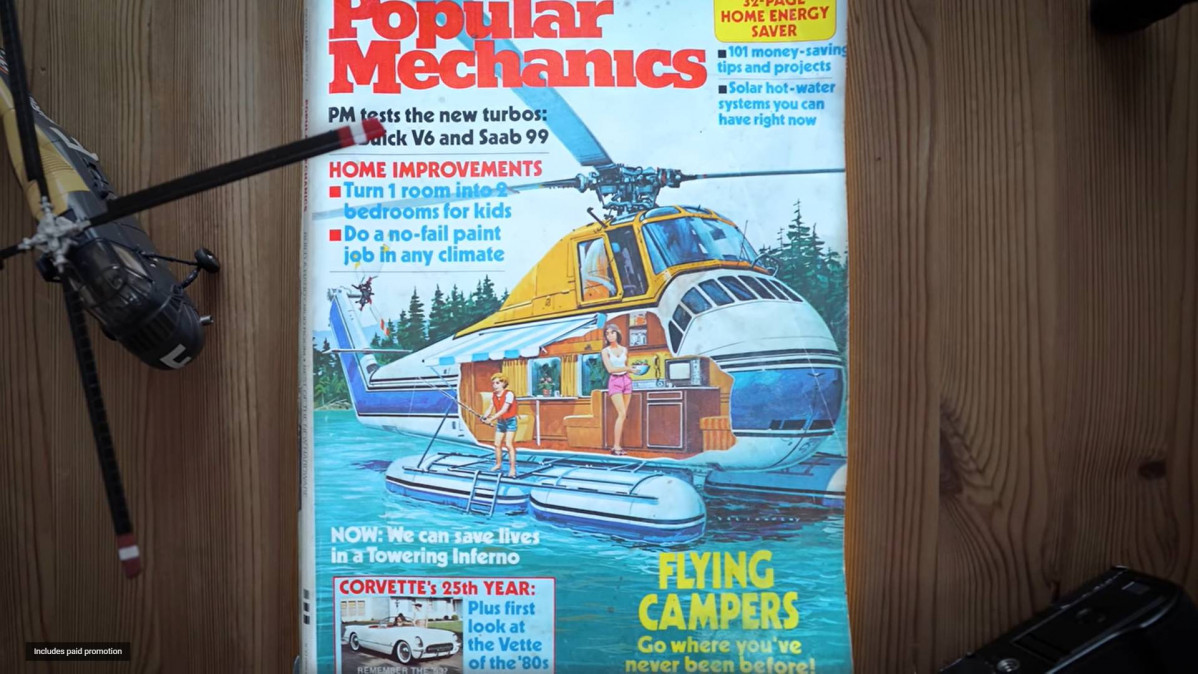 In the 1970s, Popular Mechanics magazine offered its readers a glimpse into the Helihome: a flying camper that could also be used on water. It had everything you could possibly need, including an entertainment unit, a sleeping area, and a place to fish.

Better yet, it could fly away or sail at sea. It looked like a mixture of a helicopter and a sailboat, and it seemed comfortable enough that you would want to spend your entire vacation on it.

It may sound like something out of a science fiction novel, but it is not. Prototypes of the Helihome were actually made in the 1970s. They were the brainchild of John Hanson, founder of the Winnebago company.

By 1961, his little company would come to control over 70% of the RV market. Perhaps this is why Hanson decided to take his offering a step further and introduce the Helihome. What’s odd about this story is that this really neat vehicle never took off (pun intended!)

What happened to the Helihome? Where was it released and marketed? And why did it ultimately never take off? Could we someday see the return of the Helihome? This video answers all these questions.