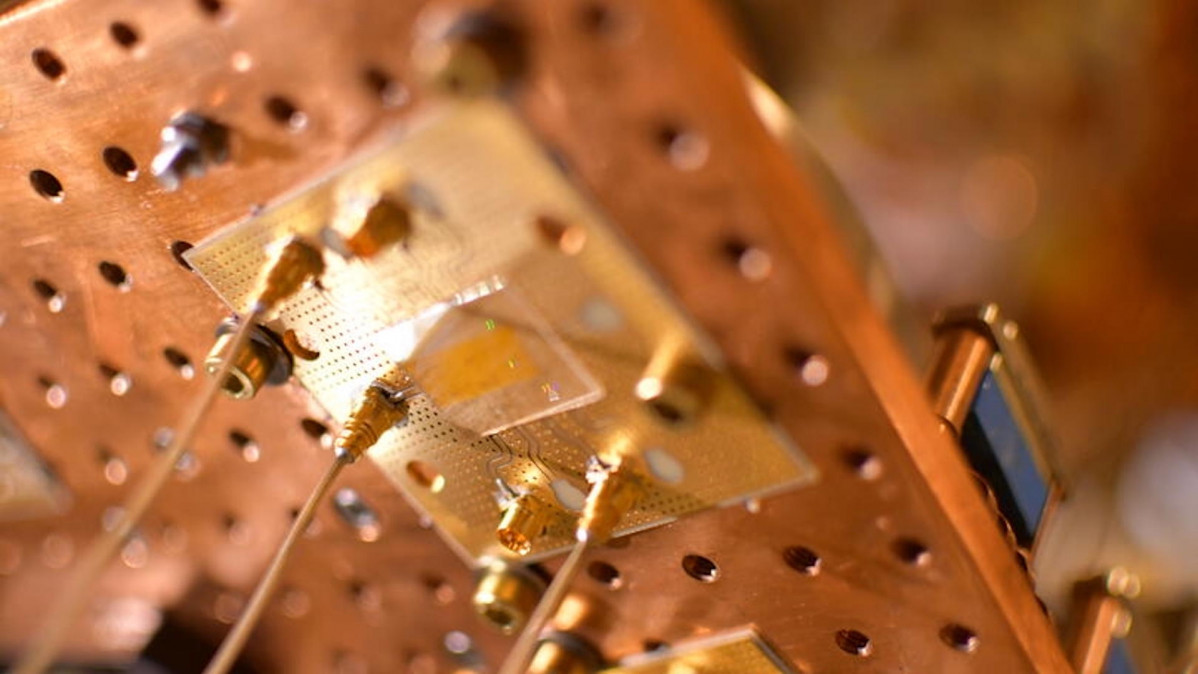 Harvard researchers controlled and modulated acoustic waves, or sound waves, using an electric field in a computer chip for the first time, a press statement reveals.

The new breakthrough could have wide-ranging implications for the fields of quantum computing as well as classical computing, which typically relies on data being transmitted using electrons.

Typically, classical computer chips transmit and process data by modulating electrons. This is done via transistors that encode data into the computer language of ones and zeroes — one being represented by high current and the other by the low current.

Photonic chips, meanwhile, modulate photons — particles of light — before sending them through components called waveguides that transmit data. The Harvard team’s sound wave chip works more like a photonic chip, though it adds a few extra benefits into the mix.

Acoustic waves are slower than electromagnetic waves of the same frequency. But that’s not necessarily a bad thing, according to the team behind the new device. That’s because short acoustic waves are easy to confine in nanoscale structures and they have strong interactions with the system in which they are confined. This could make them very valuable for both classical and quantum applications.

“Acoustic waves are promising as on-chip information carriers for both quantum and classical information processing but the development of acoustic integrated circuits has been hampered by the inability to control acoustic waves in a low-loss, scalable manner,” said Marko Loncar, Tiantsai Lin Professor of Electrical Engineering at SEAS and senior author on a new study published in Nature Electronics.

“In this work, we showed we can control acoustic waves on an integrated lithium niobate platform, bringing us one step closer to an acoustic integrated circuit.”

Loncar and his colleagues used lithium niobate to build an on-chip, electro-acoustic modulator that controls the acoustic waves on the chip. The modulator applies an electric field to control the phase, amplitude, and frequency of the sound waves.

“This work advances using acoustic waves for quantum and classical computing,” said Linbo Shao, a former graduate student and postdoctoral fellow at SEAS, and first author of the paper.

“Previous acoustic devices were passive but now we have the electrical modulation to actively tune the acoustic devices,” he continued, “which enables a lot of functionalities in the future development of microwave signal processing using these types of acoustic devices.”

The researchers also aim to build more complex, large acoustic-wave circuits and quantum systems. According to Shao, the team’s work “paves the way for high-performance acoustic-wave based devices and circuits for next-generation microwave signal processing as well as on-chip quantum networks and interfaces linking different types of quantum systems.”

Though that’s quite a mouthful, all of this could prove useful sooner than expected. Earlier this month, Sydney-based firm Silicon Quantum Computing built the first integrated silicon quantum computer circuit manufactured at the atomic scale. Shortly after its unveiling, the company’s founder and director, Michelle Simmon, said commercial quantum computing products may be about five years away. While that’s by no means guaranteed, we are undoubtedly on the verge of the much-hyped quantum computing revolution.