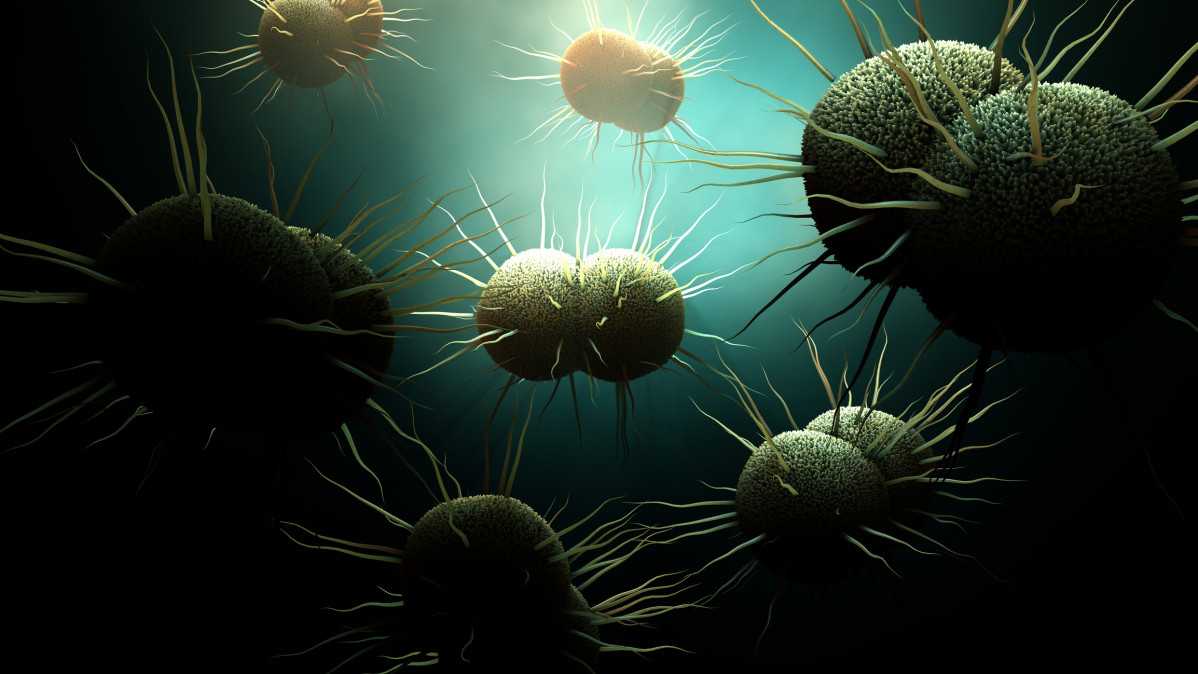 Researchers from the University of California San Diego School of Medicine have discovered a set of human gene mutations that prevent cognitive decline and dementia in older adults, according to a new study published on July 9, 2022, in the journal Molecular Biology and Evolution. The scientists focused on one of the mutated genes and traced its evolution through its appearance in the human genome.

Results of the study suggest that selective pressure from infectious pathogens such as gonorrhea might have been the reason behind the emergence of this gene variant in homo sapiens and paved the way for grandparents’ existence in humans’ social structures.

Interestingly, humans are the only species known to live after menopause. To explain the reason behind this, the “grandmother hypothesis” suggests that older women are crucial in helping to raise human newborns and children since they need more care than infants of other species.

And now, researchers are trying to understand the longer-term health of humankind by examining mutated genomes. The new study is significant for revealing that humans picked up an additional mutated form of CD33 that lacks the sugar-binding site somewhere along the evolutionary line. CD33 is a receptor expressed in immune cells and normally binds to sialic acid, a form of sugar that covers all human cells.

The sialic acids on damaged cells and plaques no longer cause the mutant receptor to respond, allowing the microglia to break them down. Eventually, several studies have shown that this CD33 variation is protective against late-onset Alzheimer’s disease.

Researchers searched for clues to discover when this gene variation originally emerged and discovered signs of strong positive selection, indicating that something was pushing the gene to develop more quickly than anticipated. Additionally, they found that our closest evolutionary ancestors, the Neanderthals, and Denisovans, did not have this specific variant of CD33 in their genomes.

“For most genes that are different in humans and chimps, Neanderthals usually have the same version as the humans, so this was really surprising to us,” said co-senior author Ajit Varki, MD, Distinguished Professor of Medicine and Cellular and Molecular Medicine at UC San Diego School of Medicine. “These findings suggest the wisdom and care of healthy grandparents may have been an important evolutionary advantage that we had over other ancient hominin species.”

Even though this new study provides proof supporting the grandmother theory, evolutionary theory says what drives genetic selection is reproductive success, not post-reproductive cognitive health. So, the scientists suggest that gonorrhea, a highly contagious sexually transmitted infection caused by bacteria, may have influenced human evolution.

The identical sugars that CD33 receptors bind to are also on the surface of gonorrhea bacteria, and the bacteria can deceive human immune cells into thinking they are not outside intruders. In light of this, researchers indicate that humans evolved the mutant form of CD33 that lacks a sugar-binding site as a defense mechanism against such “molecular mimicry” by gonorrhea and other infections. They also verified that one of the human-specific mutations was capable of eliminating the contact between the bacteria and CD33, allowing immune cells to attack the germs once more.

In the final analysis, the researchers claim that humans inherited the mutant version of CD33 first to guard against gonorrhea when in the reproductive age range. The brain later co-opted this gene variation for its advantages against dementia.

Abstract:
The myelomonocytic receptor CD33 (Siglec-3) inhibits innate immune reactivity by extracellular V-set domain recognition of sialic acid (Sia)-containing “self-associated molecular patterns” (SAMPs). We earlier showed that V-set domain-deficient CD33-variant allele, protective against late-onset Alzheimer’s Disease (LOAD), is derived and specific to the hominin-lineage. We now report multiple hominin-specific CD33 V-set domain mutations. Due to hominin-specific, fixed loss-of-function mutation in the CMAH gene, humans lack N-glycolylneuraminic acid (Neu5Gc), the preferred Sia-ligand of ancestral CD33. Mutational analysis and MD-simulations indicate that fixed change in amino acid 21 of hominin V-set domain and conformational changes related to His45 corrected for Neu5Gc-loss by switching to N-acetylneuraminic acid (Neu5Ac)-recognition. We show that human-specific pathogens Neisseria gonorrhoeae and Group B Streptococcus selectively bind huCD33 as part of immune evasive molecular mimicry of host SAMPs and that this binding is significantly impacted by amino acid 21 modification. In addition to LOAD-protective CD33 alleles, humans harbor derived, population-universal, cognition-protective variants at several other loci. Interestingly, 11 of 13 SNPs in these human genes (including CD33) are not shared by genomes of archaic hominins: Neanderthals and Denisovans. We present a plausible evolutionary scenario to compile, correlate and comprehend existing knowledge about huCD33-evolution and suggest that grandmothering emerged in humans.