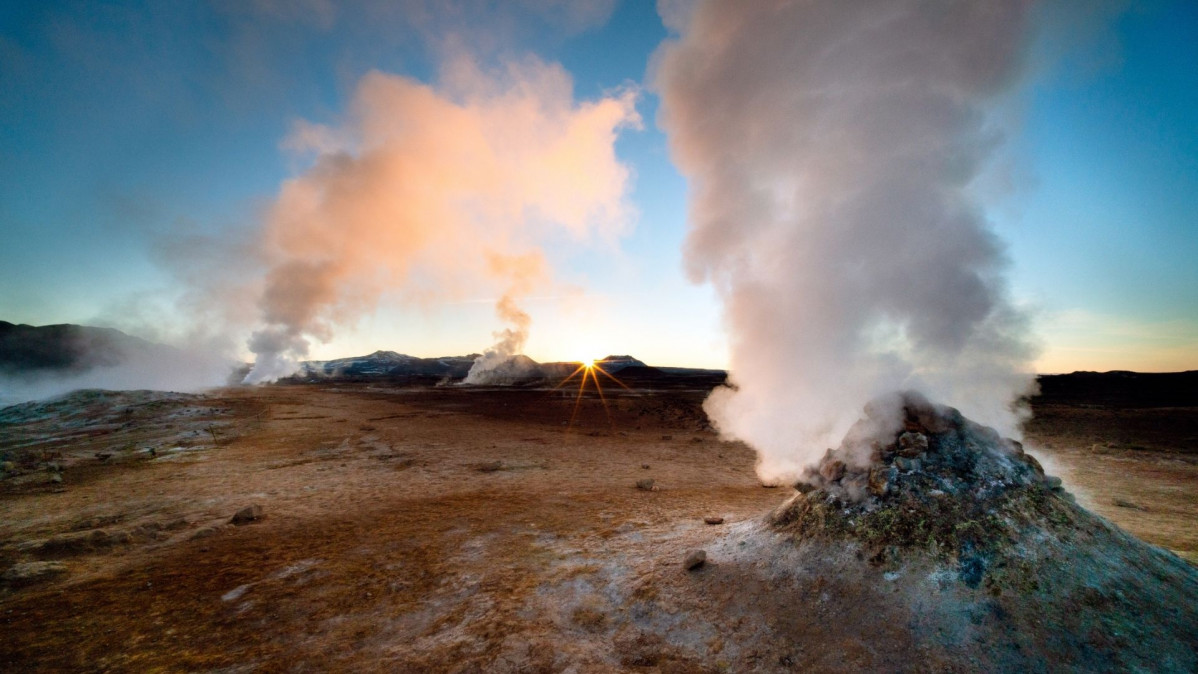 The Department of Energy in the U.S. is keen to tap into the vast geothermal resources in the country, and use them to generate as much as 60 GigaWatts (GW) of electricity. The department has announced an over $3 million prize to make this possible, CleanTechnica reported.

As the world looks for sustainable ways to satisfy its energy requirements, the focus has largely remained on wind and solar energy. While these are infinite sources, tapping into them requires creating extensive infrastructure, and it can create a futuristic problem of waste generated by their large-scale implementation. On the other hand, geothermal energy can be harvested with more or less the same infrastructure as a conventional power plant.

How is geothermal energy converted to electricity?

As the name suggests, geothermal energy is the energy trapped inside the Earth in the form of heat. Scientists believe that the core of the Earth is as hot as the surface of the Sun. As the heat radiates to the surface away from the core, it cools down drastically, but 600 degrees Fahrenheit (315 degrees Celsius) is hot enough to heat water and convert it to steam.

To tap into geothermal energy, one needs to drill up to two miles below the surface of the Earth, sometimes less in viable areas. Geothermal energy can be accessed through hot and salty water or brine at these depths along with steam which can be channeled to spin turbines and generate electricity. The brine is injected back into the Earth where it reheats and rises again, making continuous power generation possible.

The need for geophones

Practically, tapping into geothermal energy is not straightforward. To ensure that power is generated in an economical manner, the brine must flow through openings in the rocks and also at depths where drilling is possible. It also needs the subsurface to have some permeable fractures.

To determine which areas can serve as ESG reservoirs, researchers want to study these subsurfaces. However, conventional tools such as seismic monitors that track earthquakes cannot work in the extreme environments of geothermal energy sources. Apart from the extreme temperatures, there is also corrosive and salty brine that affects the instrument’s functioning, and this is where geophones come into play.

A geophone detects acoustic vibrations inside the Earth and provides insights into how the reservoir is evolving as the geologists attempt to ESG stimulation on it. By studying the area closely before, during, and after the stimulations, geologists can determine if the area intervention will allow for safe geothermal operations. Putting geophones closer to the site of the reservoirs can provide more detailed data. Researchers are considering putting them inside the wells where the brine comes out from.

The geothermal energy market is still small in the U.S. and isn’t the focus of large-scale manufacturers of components. In such as scenario, geophones are prohibitively expensive and therefore, there is a strong need for innovators to look into this area.

The Geothermal Technologies Office at the Department of Energy has therefore announced the Geothermal Geophone Prize, which aims to fast-track the design, testing, and fabrication of these geophones. Prizes worth $3.6 million have been announced for this purpose, and everybody including individuals, private entities as well as state governments and academic institutions can take part in this challenge.

Geothermal energy alone could power over 129 million American homes and businesses in a carbon-free way, and geophones will be critical in achieving this dream.