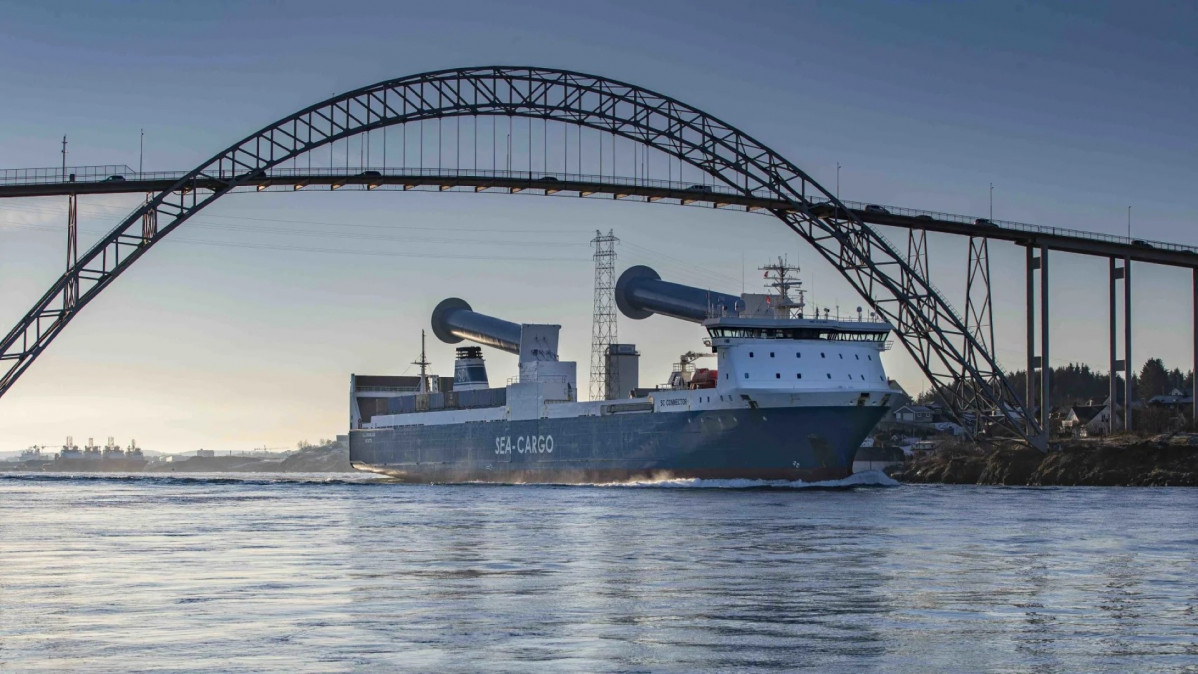 Tall, round, and hard are not words, we associate with wind sails. Yet, Finland-based Norsepower has been pushing its wind power technology for the maritime industry for a decade and has now moved closer to deploying it at scale, CleanTechnica reported.

Efforts to decarbonize the maritime industry seem to be taking us back in time. With battery-powered ships severely limited in their range and ability to carry heavy loads, wind power looks like the only viable and sustainable alternative for the long haul. This has resulted in the return of wind sails to pull ships or tapping into ancient Roman designs in the new world.

Established in 2012, Norsepower is eager to see the maritime trade being propelled by ocean winds but does not believe that one needs to install large sails on ships to harness this energy. The company’s proprietary design called Rotor Sails consists of tall, hard, and round structures that work just like sails made of canvas or polyester.

How do Rotor Sails work?

According to the company’s explainer, its rotor sails can spin about their vertical axis and when they come across the wind, the airflow accelerates one side of the round sail while decelerating on the opposite side. This difference in the wind speeds creates a pressure difference resulting in a lift force that is perpendicular to the direction of the blowing wind.

The phenomenon is called Magnus Effect and you may have come unknowingly come across it while watching or playing sports such as baseball, tennis, ping-pong, or football. It is this very Magnus Effect that results in balls spinning in the air. The player executing such moves may have great skills but is still ruled by the laws of physics.

Norsepower humbly acknowledges that the rotor sail is not truly their own invention but borrows from a technology that was demonstrated close to a century ago when German engineer Anton Flettner voyaged across the Atlantic using similar sails.

Rotor sails may not have caught on back then and you may not have heard of them until now but that could change soon as Norsepower moves into the production model of its sails.

The company has been careful in its design to make these sails easy to install on existing ships, providing them an additional source of onboard power while helping in reducing carbon emissions. One such retrofit is scheduled for a vessel named MV Delphine, which was built only in 2018. Norsepower estimates that two of its Rotor Sails will help the vessel save up to 10 percent fuel and accompanying emissions.

A nifty innovation that Flettner possibly did not bother about during his demonstration is the one-click tilting of these sails. Not only can these sails be fitted on any ship, but they will also allow the ship to travel to all its routes post-installation as if nothing has changed.

With scaled production now possible, Norsepower is moving closer to decarbonizing the shipping industry with its tall, round and hard sails.