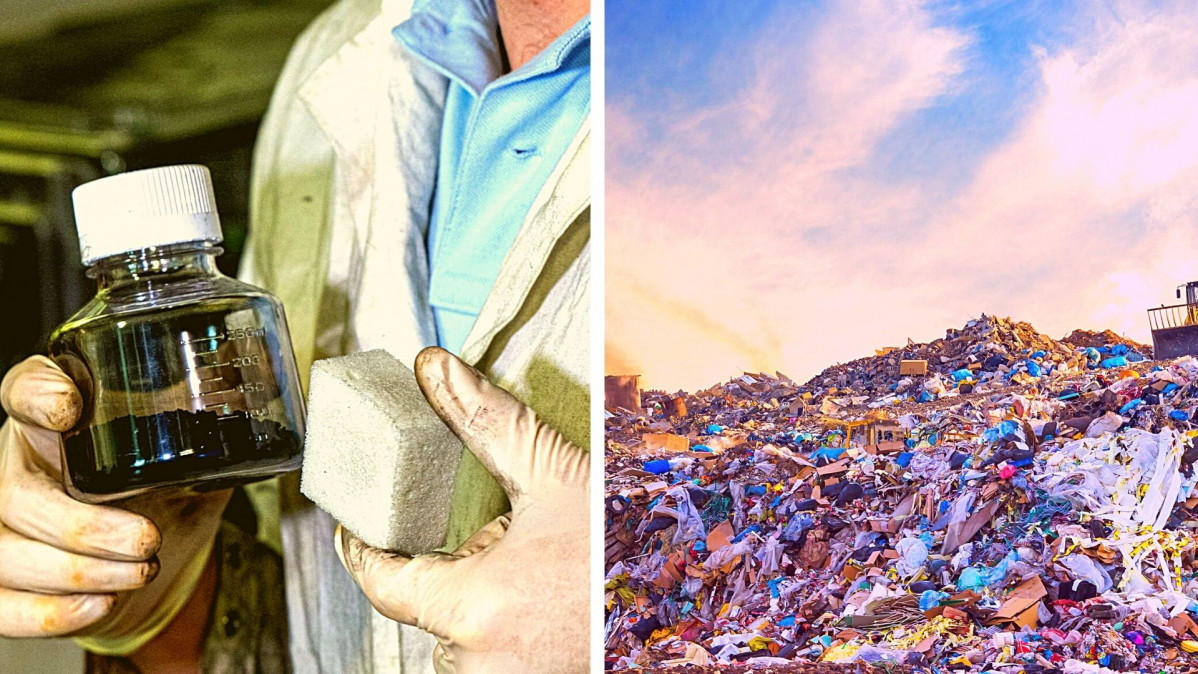 Not every old car ends up in a landfill.

Well, not all of every car, to be precise. And the part of old cars that are turned into graphene could make a comeback as an enhanced part for a new car, in a process called circular recycling.

An average SUV contains up to 771 lbs (350 kg) of plastic that would be left in a landfill for centuries if not for a recycling process outlined in a new study published in the debut issue of a new Nature journal, called Communications Engineering.

And, multiplied out to the roughly 10 million vehicles discarded as trash every year, this could help move the needle and bring the auto industry closer to sustainable standards — using circular recycling to substantially lessen the impact of the world’s primary means of transportation on the environment.

The project was led by James Tour, a chemist at Rice University, who worked with Lead Study Author Kevin Wyss — and it focused on reusing the graphene in old cars to forge enhanced polyurethane foam for new vehicles. The study details tests that showed how graphene-infused foam had a 34 percent increase in tensile strength, with a 25 percent increase in low-frequency noise absorption. And all of this, with just a 0.1 percent difference in weight of the graphene.

The best part: when the new car reaches its end, engineers can just re-flash the foam into graphene, again.

“Ford sent us 10 pounds of mixed plastic waste from a vehicle shredding facility,” said Tour, in an embargoed release shared with IE. “We flashed it, we sent the graphene back to Ford, they put it into new foam composites and it did everything it was supposed to do.”

“Then they sent us the new composites and we flashed those and turned them back into graphene,” added Tour. “It’s a great example of circular recycling.” Plastic used in vehicles has increased by an incredible 75 percent in the last six years as a way to cut down on weight, and increase fuel economy for vehicles.

But separating the different kinds of plastic in cars at the end of their life for recycling has remained a problem for a long time, said Tour. And this problem is all the more acutely felt because of upcoming environmental regulations surrounding end-of-life vehicles. “In Europe, cars come back to the manufacturer, which is allowed to landfill only 5 percent of a vehicle.”

“That means they must recycle 95 percent, and it’s just overwhelming to them,” added Tour. Flash Joule heating, the method used to recycle graphene, was first introduced by the Tour lab in 2020. It places mixed ground plastic and a coke additive (employed for its conductivity) between electrodes inside a tube. Then this is placed high voltage.

This rapid electrocution, which can rise to nearly 5,000 degrees Fahrenheit, vaporizes everything but turbostratic graphene — and that’s simple for scientists to solubilize. This flash heating process also provides benefits for the environment, since it doesn’t take solvents, and only uses a comparably small amount of energy to generate viable graphene.

Rice lab tested its process by grounding Ford’s waste “fluff” — consisting of plastic bumpers, carpets, gaskets, mats, and seating and door casings from expired F-150 pickup trucks into a fine powder. This powder was then flash heated in two steps (with a low current and then a higher one).

The first process left highly carbonized plastic that was roughly 30 percent of the initial bulk (the remaining 70 percent was outgassed or recovered as hydrocarbon-rich oils and waxes). Then the high-current flashing converted the carbonized plastic into graphene, which had 85 percent of the second bulk. Doing the multiplication, that leaves 25.5 percent of the initial bulk from Ford successfully recycled. This is a substantial step for the auto industry, as it works tirelessly to build sustainability into the next generation of all-electric vehicles — which rely on circular recycling of plastic materials.