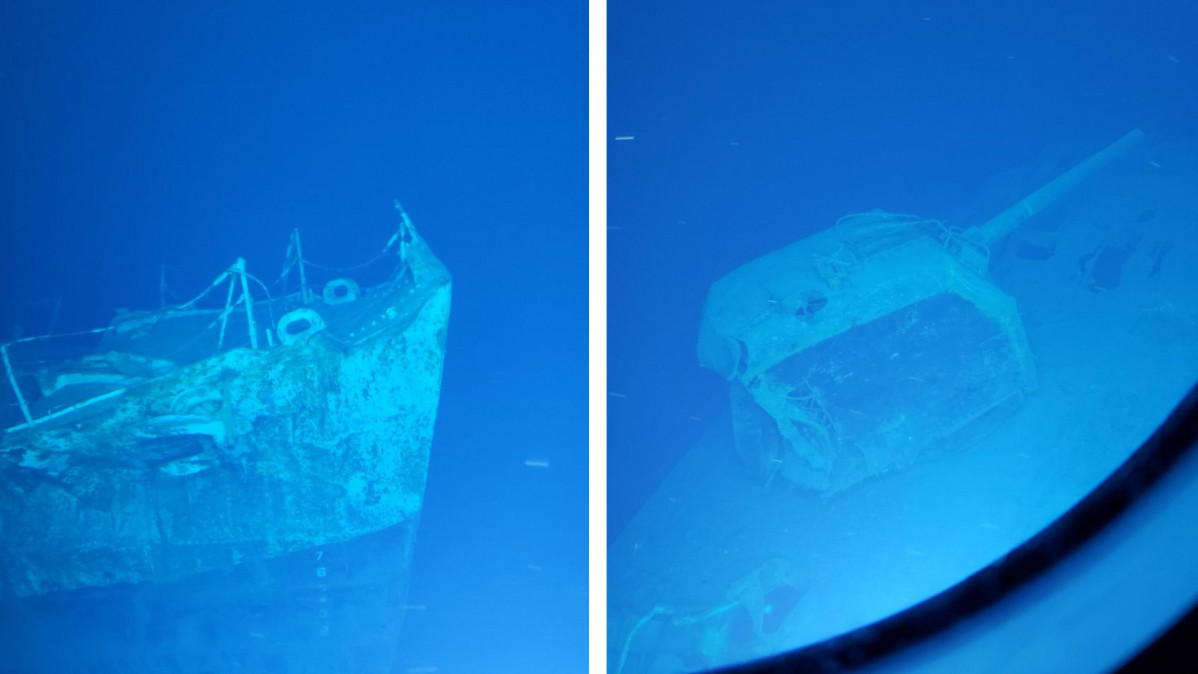 Explorers have discovered a U.S. Navy destroyer that successfully took on a superior Japanese fleet in the largest sea battle of World War II in the Philippines. The event marks the deepest wreck to be discovered, according to an article by the BBC published on Friday.

The ship is called the USS Samuel B. Roberts, and it was found relatively intact, although it was broken into two pieces.

A famous ship with a heroic tale

“It was an extraordinary honor to locate this incredibly famous ship, and by doing so have the chance to retell her story of heroism and duty to those who may not know of the ship and her crew’s sacrifice,” American explorer Victor Vescovo, founder of Dallas-based Caladan Oceanic Expeditions and former Navy commander, said in a statement.

Another video from the survey dive on the Sammy B. This one is from the starboard side near the bridge and forward gun mounts. We kept our distance because we spotted potentially live shells in the 40mm gun, and later towards the stern, depth charges still in their racks. pic.twitter.com/DY54o6Prpx

The Sammy B. is most famous for the role it played in the Battle off Samar, the final phase of the Battle of Leyte Gulf in October 1944. The event saw the Imperial Japanese Navy incur its biggest loss of ships and fail to dislodge the U.S. forces from Leyte, which they had invaded earlier as part of the liberation of the Philippines.

It is believed that the destroyer disabled a Japanese heavy cruiser with a torpedo and significantly damaged another before being critically hit by the lead battleship Yamato. The vessel then sank, killing 89 of a 224-man crew.

Some additional photos from the Sammy B. The bow, the fallen mast, the gap between fore and aft where she was hit by a battleship round, and the aft turret . . . where the brave and mortally wounded GM3 Paul H. Carr died trying to place a final round into the broken breech. pic.twitter.com/3VcZoZyPo3

Vescovo told the BBC that the wreckage of the ship tells its heroic story.

“We like to say that steel doesn’t lie and that the wrecks of these vessels are the last witnesses to the battles that they fought,” he said.

“The Sammy B engaged the Japanese heavy cruisers at point blank range and fired so rapidly it exhausted its ammunition; it was down to shooting smoke shells and illumination rounds just to try to set fires on the Japanese ships, and it kept firing. It was just an extraordinary act of heroism. Those men – on both sides – were fighting to the death.”

Now, the explorers are setting their eyes on ships that may just be buried even deeper than the Sammy B.

“There are two other American ships that have yet to be found – the USS Gambier Bay (escort carrier) and the USS Hoel (destroyer),” told the BBC Kelvin Murray from EYOS, the company that organized and led Vescovo’s expedition.

“We’ve got historical records relating to where they may have sunk. We did take a look for the Gambier Bay, but this is detective work, and these kinds of deep-ocean operations have never been conducted before. I don’t want to use the phrase ‘needle in a haystack’ because there’s a lot more research that goes into making that haystack smaller. But there’s still a certain amount of luck involved in all this.”