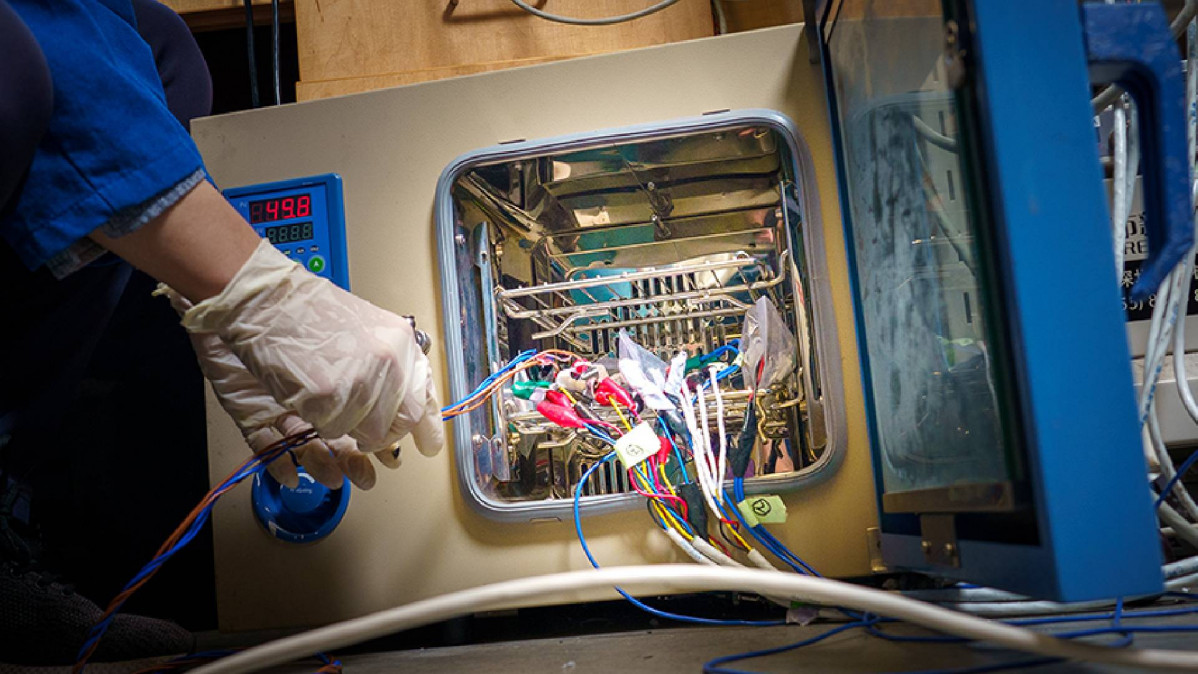 When it comes to battery developments, there’s no shortage of news. From a battery design that could last up to 100 years to a water-based battery that’s produced at half the cost of lithium-ion ones, it seems there is always something new and exciting happening in the field.

Now, engineers at the University of California, San Diego, have engineered novel energy-packed lithium-ion batteries that perform optimally at freezing cold and scorching hot temperatures, according to a statement by the institution released on Monday.

“You need high-temperature operation in areas where the ambient temperature can reach the triple digits and the roads get even hotter. In electric vehicles, the battery packs are typically under the floor, close to these hot roads,” explained Zheng Chen, a professor of nanoengineering at the UC San Diego Jacobs School of Engineering and senior author of the study.

“Also, batteries warm up just from having a current run through during operation. If the batteries cannot tolerate this warmup at high temperature, their performance will quickly degrade.”

Chen’s team ran tests with the prototype batteries and found that they retained 87.5% and 115.9% of their energy capacity at -40 and 122 F (-40 and 50 C ), respectively. Better yet, the researchers reported that the prototypes had high Coulombic efficiencies of 98.2% and 98.7% at these temperatures, which means the batteries can undergo more charge and discharge cycles before they cease to function.

However, developing the new batteries was no easy task.

“If you want a battery with high energy density, you typically need to use very harsh, complicated chemistry,” said Chen. “High energy means more reactions are happening, which means less stability, more degradation. Making a high-energy battery that is stable is a difficult task itself—trying to do this through a wide temperature range is even more challenging.”

In order to bypass these hurdles, the team invented a dibutyl ether electrolyte and engineered the sulfur cathode to be more stable by grafting it to a polymer preventing more sulfur from dissolving into the electrolyte.

The end result was batteries with much longer cycling lives than a typical lithium-sulfur battery. “Our electrolyte helps improve both the cathode side and anode side while providing high conductivity and interfacial stability,” said Chen.

The new batteries could now allow electric vehicles in cold climates to travel farther on a single charge and could also reduce the need for cooling systems to keep the vehicles’ battery packs from overheating in hot climates. But first, the team needs to scale up the battery chemistry, optimize it to work at even higher temperatures, and further extend its cycle life.

The study is published in the Proceedings of the National Academy of Sciences (PNAS).

All-climate temperature operation capability and increased energy density have been recognized as two crucial targets, but they are rarely achieved together in rechargeable lithium (Li) batteries. Herein, we demonstrate an electrolyte system by using monodentate dibutyl ether with both low melting and high boiling points as the sole solvent. Its weak solvation endows an aggregate solvation structure and low solubility toward polysulfide species in a relatively low electrolyte concentration (2 mol L−1). These features were found to be vital in avoiding dendrite growth and enabling Li metal Coulombic efficiencies of 99.0%, 98.2%, and 98.7% at 23 °C, −40 °C, and 50 °C, respectively. Pouch cells employing thin Li metal (50 μm) and high-loading sulfurized polyacrylonitrile (3.3 mAh cm−2) cathodes (negative-to-positive capacity ratio = 2) output 87.5% and 115.9% of their room temperature capacity at −40 °C and 50 °C, respectively. This work provides solvent-based design criteria for a wide temperature range Li-sulfur pouch cells.