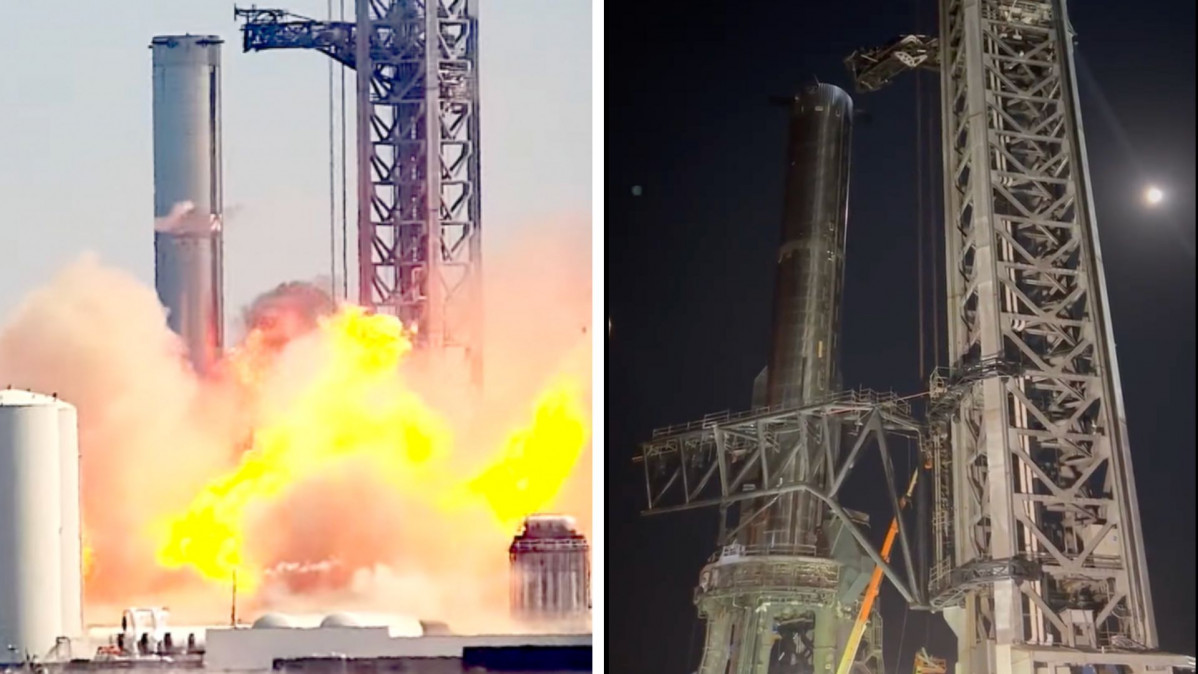 An unexpected explosion at SpaceX’s Boca Chica facility in Texas, on July 1, put the tests on hold. The incident may delay SpaceX’s orbital launch of Starship, which CEO Elon Musk recently predicted to take place this month.

Now, Musk has provided an update, and it looks like good news. Though more time is needed to investigate the damage.

“Damage appears to be minor, but we need to inspect all the engines,” Elon Musk wrote on Twitter. “Best to do this in the high bay,” he added.

Alongside his update, Musk shared a short video clip of Starship, presumably taken by him during a quick inspection at the launch pad. Shortly after the explosion on Monday, Musk also mentioned he went to the site with a flashlight and said the “base of the vehicle seems ok.”

Was just up in the booster propulsion section. Damage appears to be minor, but we need to inspect all the engines. Best to do this in the high bay.

The explosive test on Monday was carried out on a prototype of SpaceX’s Super Heavy first-stage booster for Starship, called Booster 7. The massive first stage was fitted with 33 Raptor 2 engines prior to testing.

The latest update from Musk also gives a positive outlook, though as he points out, more inspection will be needed at the High Bay. The High Bay at SpaceX’s Boca Chica facility is where most of the Starship prototype stacking and assembly, including for the Super Heavy Booster 7 that exploded, takes place. We will be sure to know more in the coming days.

The space industry is making history

It’s been a historic week for the space industry with the unveiling of the James Webb Space Telescope’s first images. Now, with the news that damage on Starship isn’t too extensive, it looks like we may have another historic few weeks ahead.

That’s because SpaceX was recently cleared for the orbital maiden launch of Starship — after it meets a number of Federal Aviation Authority (FAA) requirements.

End of an era: This could be the year when Webb is commissioned in space, SLS and Starship actually launch, NASA gets second crew transportation system, BE-4 completed. Delays to these programs have been some of the defining space stories of the last five years. Am happy for all.

As Ars Technica editor Eric Berger points out, Starship’s historic milestone will join a list of other achievements this year. In a tweet, he wrote, “this could be the year when Webb is commissioned in space, SLS and Starship actually launch, NASA gets second crew transportation system, BE-4 completed.” It looks like the “end of an era”, he continued.

With James Webb, Starship, and even NASA’s Space Launch System set to launch to the moon in the next few months, this could go down as one of the most action-packed summers in the space industry’s illustrious history.